New Canaan’s highest elected official has suffered a stroke, town officials said during the public Board of Selectmen meeting Tuesday. 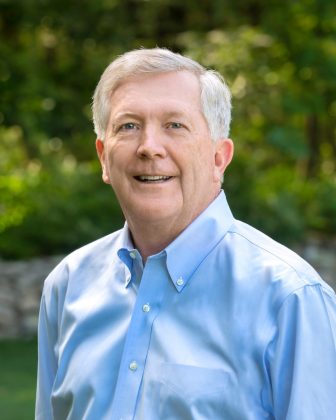 First Selectman Kevin Moynihan “suffered a mild stroke, I think, as he described it to me,” according to Selectman Nick Williams.

“He’s in the hospital now and hopefully getting better,” Williams said during a regular meeting of the Board of Selectmen, held at Town Hall and via videoconference.

Williams’s comments came at the start of the meeting.

Moynihan in a Sunday email to the Town Council, Board of Finance, district leaders and municipal department heads said he was “doing fine and recovering well” following a “minor stroke event” Easter morning.

“Although I had no reason to expect a stroke event, I was lucky to get the immediate treatment that can reverse the effects and I am feeling fine and almost fully normal,” he said in the email.

During the Board meeting, Selectman Kathleen Corbet said, “I want to wish Kevin good health, and I know he’s on the mend and he’s probably watching us now.”

Williams responded, “I hope not, for his sake. Kevin, turn off the TV. We’ll get through this.”

3 thoughts on “‘My Thoughts and Prayers Are with Him’: First Selectman Recovering from Stroke”