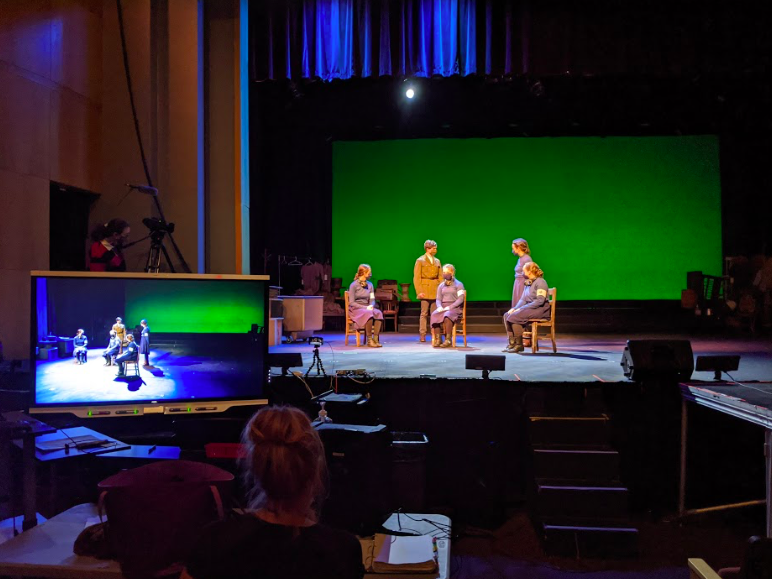 Judy McLane looks on at the live action and on the monitor as a scene is filmed with (L-R) Hannah Reid, Andy Dooley, Nicole Talamo, Emily Fox, and Amanda Robertson. "The Hello Girls" will debut Dec. 3 in an online performance from New Canaan High School Theatre. Contributed 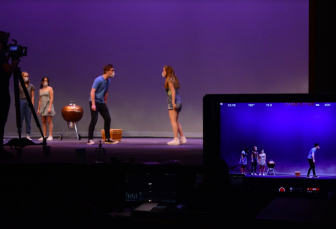 Jackson LaMorte as Howard and Avery Russey as Pat perform in a heated scene in “Icarus’s Mother” with Maren Lysenko and Chloe Smith looking on. Director of Photography, WilliamFitzgerald is at his camera whose footage is being shown on the monitor. Contributed

Prior to the onset of COVID-19 virus, she’d never combined live theater with film, where blocking and line delivery are altered while cameras recording the performance change position, and actors pause between scenes to adjust lighting and audio.

“When performing for an audience an actor constantly receives live feedback that hopefully ends in applause,” the aspiring film major said. “After filming an actor has no idea of the quality of the performance until it has been edited and broadcast. Live theatre is a moment in time, where a filmed performance lives on. The skills I have developed has made me more prepared as I enter college.”

Those newly learned skills have culminated for Sabloff, along with dozens of cast and crew members in the celebrated program, in two online performances this fall. ”Icarus’s Mother” will be aired in limited online screenings starting Thursday, with  “The Hello Girls” to follow starting Dec. 3. 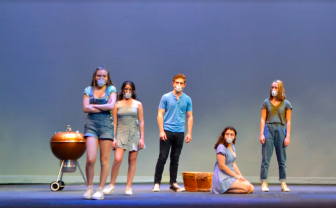 Each show features a dedicated cast representing the “X” and “Y” student body “cohorts” at the high school that district officials developed in order to navigate the pandemic. Under those restrictions, with new limitations on time and resources and under the direction of carefully selected directors, the students learned lessons in leadership and technology that those who run the program say they wouldn’t have learned otherwise.

Alan Sneath, the district’s director of visual and performing arts, said that “Having to innovate, and reimagine live theater has enhanced our program.”

“Students and staff had to take on challenges and work to develop new skills,” Sneath said. “Our performances will be that much stronger when we welcome back the community to New Canaan High School.” 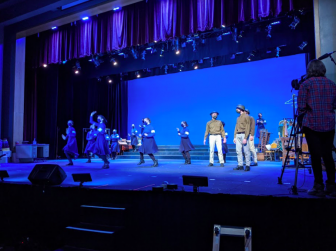 It’s unclear when that will happen. On Saturday, as anticipated, NCHS moved back from full in-person learning to a “hybrid” model, due to rising COVID-19 virus cases. Public school buildings first closed March 12, when the first wave of coronavirus disease struck here. That was two days prior to NCHS Theatre’s planned public debut of “Mamma Mia!”

“It was devastating having to stop last year’s season,” Sneath said.

“I realized the new theatre coordinator would need an extensive background to take on this season’s challenges. I thought it would be impossible to find the right candidate and then in walked Chris.”

He referred to Chris Myers, who has performed on Broadway and serves as NCHS Theatre’s coordinator and financial manager.

According to Myers, COVID has brought “new opportunities” to the program. 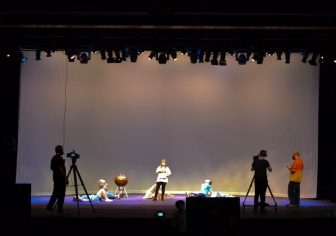 “In the past parent volunteers would help build sets, sew costumes, and create props,” he said. “This season only staff and students are allowed in school. Students have taken on additional leadership roles with incredible results. We have student designers, photographers, videographers, stage managers, and graphic artists creating our virtual playbill.”

Other members of the NCHS Theatre team include Technical Director Kevin Gleason and Music Director Sarah Gleason (no relation), as well as Directors Matt Saldivar (“Icarus’s Mother”) and Judy McLane “The Hello Girls.”

They join a locally sponsored program that’s produced 65 shows since 2007, drawing an attendance of more than 40,000 to NCHS’s 950-seat theater. NCHS Theatre has earned more than 100 industry awards, most recently the 2020 HALO award for “Best Performance by a Cast in an Ensemble.

Written by Sam Shepard, “Icarus’s Mother” opens with five friends gathered for a barbecue and fireworks display near the ocean. In a world of unseen dangers, civil restrictions, and jealousy these five young people still seek beauty, community, knowledge, the freedom to be individuals and above all else, to experience wonder. 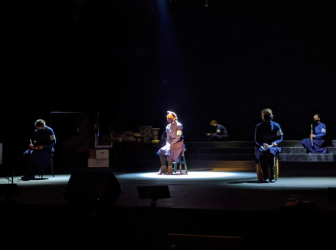 Emily Fox sings as Grace, as Amanda Robertson (R) and Hannah Reid (L) write letters home about being at the front as Bertha and Helen respectively. Contributed

“The Hello Girls” us the story of the United States’s first women soldiers who served as bilingual telephone operators on the front lines, helping turn the tide of World War I.

McLane said that one goal this year “was to create a safe environment while still being able to perform and feel connected to each other and the community.”

Students involved in the productions are masked and socially distanced, in addition to performing for a virtual audience, she said.

“Backstage production, blocking, choreography and props had to be reimagined,” McLane said. “As actors we use every part of ourselves to convey emotions. I was surprised that even while masked you can tell the actors emotional life. I also found that being distanced has trained the actors to deliver their lines with elevated intensity.”

Additional information about tickets, season, sponsors, and ways to get involved can be found on NCHS theatre’s website www.newcanaanhighschooltheatre.com.

One thought on “NCHS Theatre Innovates Amid Pandemic; Fall Screenings of New Shows To Open Thursday”