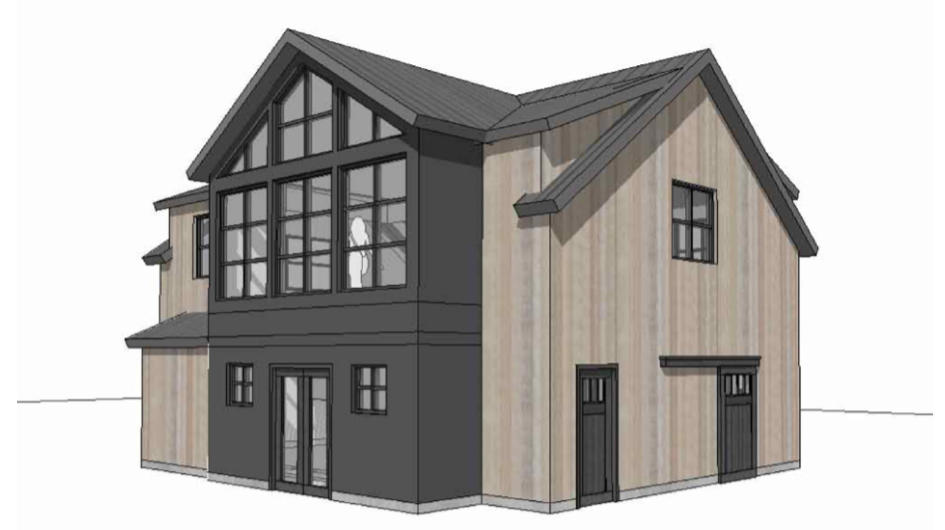 The owners of a 3.82-acre property in northern New Canaan are seeking permission to replace two garages, including one with a two-bedroom apartment above, with a single new, smaller structure that includes a dwelling on the second-floor.

The two-bedroom apartment at 81 Hemlock Hill Road would be located above a new three-car garage, according to an application filed on behalf of the property’s owners by architect Dan Radman of RADMANarchitects. The property includes a 1935-built, 10,000-square-foot home, tax records show.

According to the application, the two freestanding garages currently on the property have a combined coverage of 1,627 square feet, while the new structure would be about 1,211 square feet.

“In lieu of an additional pool house, we have decided to include a bathroom with shower, as well as additional storage areas, into this new garage, thereby consolidating two potential accessory structures into one,” the application said.

Under the New Canaan Zoning Regulations, a Special Permit from the Planning & Zoning Commission is needed for detached accessory structures as well as accessory buildings larger than 1,000 square feet (see page 54 here).

Town Planner Lynn Brooks Avni noted in a memo to P&Z that the applicant obtained a variance from the Zoning Board of Appeals for building height, since under the regulations such structures can only be 1.5-stories high, and the proposed new one is two stories.

P&Z is scheduled to take up the application at its regular meeting at 7 p.m. Tuesday. (Radman, a P&Z commissioner as well as an architect, recuses himself from matters that come before the appointed body in which he is professionally involved, as others have in the past.)

Town Engineer Maria Coplit in a Dec. 10 memo to P&Z said that the Department of Public Works reviewed the application. The plan and details for the proposed stormwater management system differ on drainage and site plans submitted by separate engineering firms, Coplit said in the memo.

Retaining wall elevations differ on the two set of plans, as well, she said.

“Please resolve the plans to be consistent” and in adherence to the Zoning Regulations, she said.