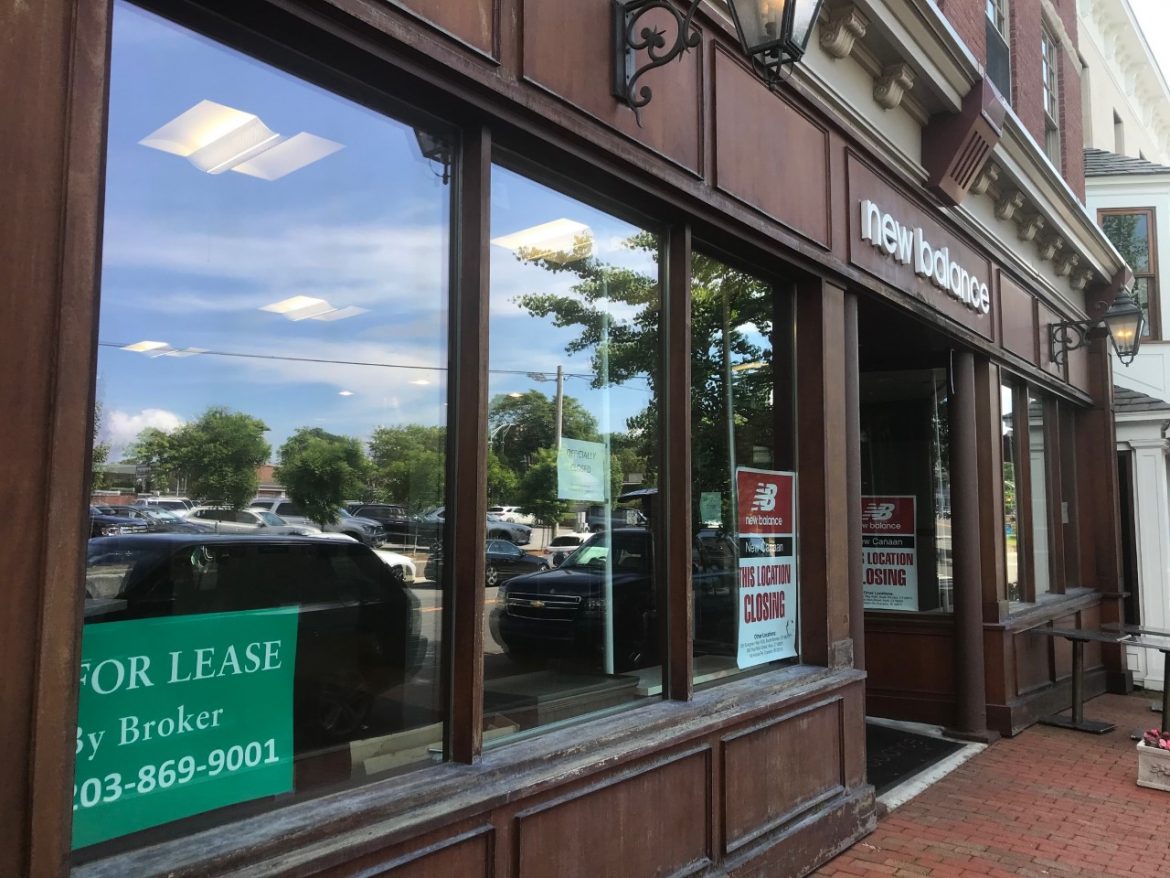 The commercial space at 128 Main St. (part of the building at number 130) in New Canaan. Credit: Michael Dinan

A longtime athletic shoe store on Main Street with a history of deep community involvement has closed its doors.

New Balance New Canaan, known for partnering with local parents and organizations to build support for special needs kids and their families, closed May 1.

One sign in the window at 128 Main St. says “Officially closed” while another directs customers to locations in South Windsor and Avon. The shop is empty.

It wasn’t immediately clear why New Balance closed. Messages left for the company and the store’s owner were not immediately returned.

Long associated with Ron and Tina Rosenfeld, who started a hugely successful 10-year run as owners and operators of the New Canaan store in 2006, New Balance helped found the “All Out For Autism” fundraiser in 2009 and raised funds for the exercise equipment area at Waveny Park between the main house and Orchard Field—a station designed to address those with special needs that’s also serving a wider community, including seniors.

Mike Disibio took over as owner in 2016. The now-vacant New Balance space had been occupied starting in 1976 by New Canaan Ski and Sport.