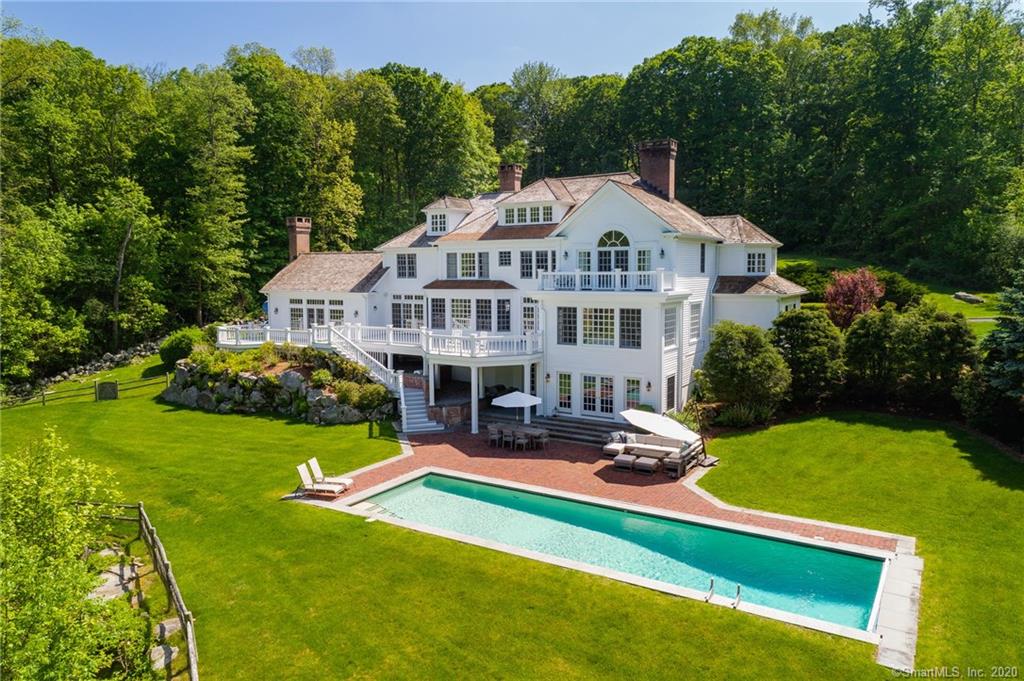 465 North Wilton Road in New Canaan is newly listed at $2,595,000 and includes a pool. Photo courtesy of https://www.raveis.com/denisegannalo/

Applications to build pools on residential properties in New Canaan increased 33% through the first half 2020 from the prior year, from nine to 12, town officials say.

The figure is also six times the number of pool permit applications that the town received in the first half of 2018, according to the New Canaan Building Department.

“I guess people figure that if I”m going to be stuck at home, I might as well be stuck in a pool,” Platz told NewCanaanite.com.

According to the most recent town-wide update from First Selectman Kevin Moynihan, made last Wednesday, New Canaan has seen 223 positive cases of COVID-19 virus since March 11. Moynihan did not provide an update on New Canaan coronavirus disease fatalities. The figure stood at 43 on June 28, according to a chart on the town website.

According to Platz, though overall building permit applications were down at the most recent height of the pandemic, “in the last month they have picked up dramatically.”

“What I am finding is, it appears we have more applications than we did in this timeframe under normal circumstances, but the scope of the projects doesn’t seem to be as big,” Platz said. “They’re small projects but there are more of them, and that may have to do with people spending more in their homes and saying, you know what? I’ll get the kitchen remodeled or the basement done for the kids because they’re here and I want them to have a playroom.”

Platz added that he’s heard from Realtors that New Canaan houses are selling well (the median sales price for single-family homes here was up 29% in May, according to the Board of Realtors).

People who have living in New York City have been “walking up and down stairs with groceries, quarantined at home with two kids and a dog and no lawn” are looking at homes in commuter towns such as New Canaan, Platz said.

“Very few people buy a house and move in as-is,” he said. “Most people when they buy want to do something or the seller is doing something to ready a home for sale.”

He added, “So if there is a silver lining anywhere for lower Fairfield County and Connecticut, maybe the silver lining is a boost in property values.”