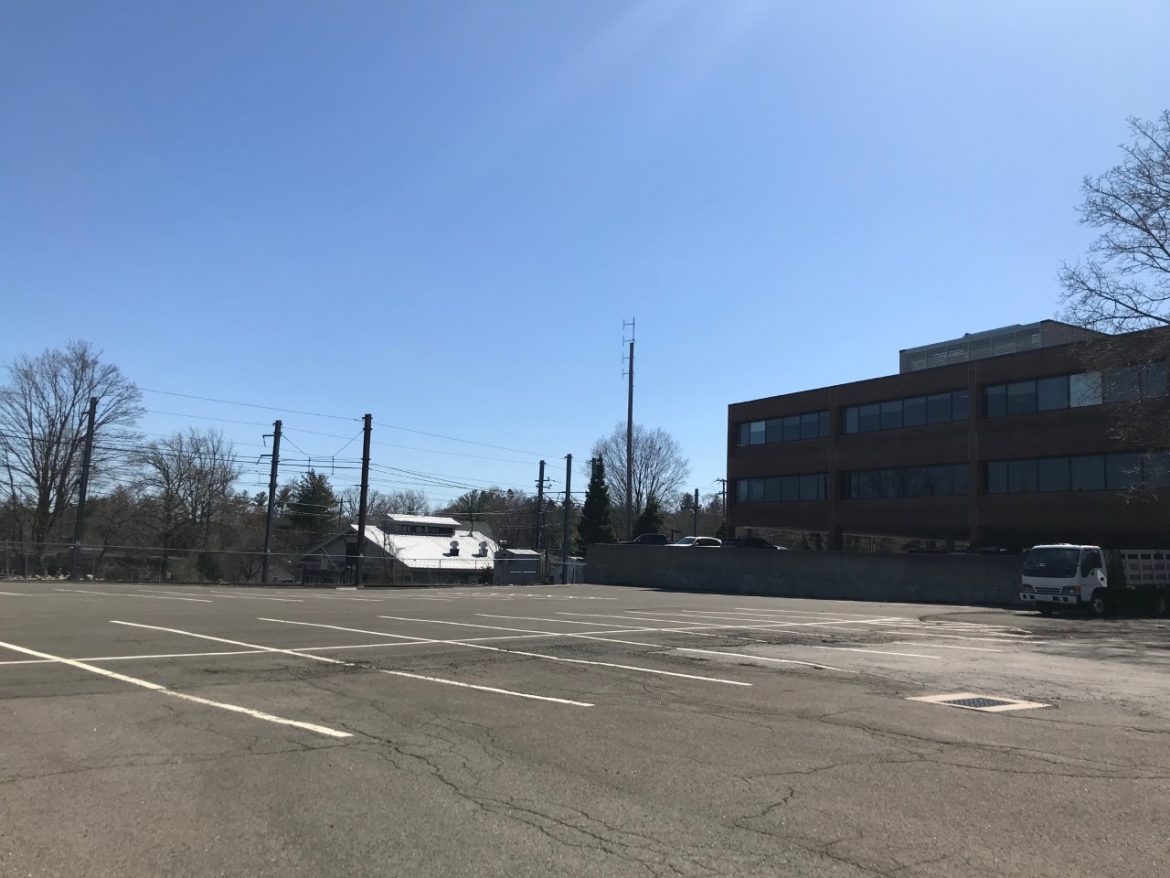 The Farmers Market is to be held in the southwestern corner of the Lumberyard Lot, starting Saturday, May 8. It will run 10 a.m. to 2 p.m. Credit: Michael Dinan

Town officials on Tuesday approved a proposal to relocate the Farmers Market from its longtime home in the Center School Lot to a corner of the Lumberyard Lot at the train station.

The Farmer’s Market is on track to launch May 8 and will run 10 a.m. to 2 p.m. on Saturdays through November.

It will operate in the southwest corner of the Lumberyard, following a 3-0 vote by the Board of Selectmen at its regular meeting.

“We think it’s going to be convenient to downtown, convenient for shoppers and guests,” Farmers Market volunteer Patricia Spugani said during the meeting, held via videoconference.

Some 30 vendors have already submitted applications to the New Canaan Health Department and the new space allows for expansion to accommodate additional vendors if needed, she said.

“We are going to continue to require masks in the market and social distancing, along with that, no samples and no pets, which is consistent with any farmers market, with no pets,” she said. “One thing that is different, though, consistent with how we all behave in grocery stores, shoppers will be able to select their own produce. We think that food handling has been safe now, we know enough about the virus that people know to wash produce when they bring it home, and it will also keep things, traffic moving better in the market if the vendors do not have to do that for shoppers.”

According to a graphic that Spugani and Market Master Lexi Gazy presented at the meeting, motor vehicles will enter and exit the lot from Elm Street (opposite Karl Chevrolet), and there will be more than 100 on-site parking spaces for shoppers. One advantage of the new location is that it is more central to downtown New Canaan, and so people running errands there will not need to re-park in order to patronize the Farmers Market, officials said.

Spugani said the Market is hiring a New Canaan Police officer to help direct traffic as a crossing guard on Elm Street, at least for a few weeks while shoppers get used to the new setup. The market area itself will be market off using orange cones, according to the plan. Spugani thanked Moynihan, New Canaan Chamber of Commerce Executive Director Laura Budd and the first selectman’s administrative officer, Tucker Murphy, for their help in devising the new plan, including access to the train station bathrooms for the vendors.

The selectmen asked what the role of the crossing guard would be (to ensure that cars are entering and exiting the lot safely at Elm Street), what went into plans to allow a limited number of nonprofit organizations to set up informational tables at the Farmers Market (it’s been done successfully in years past), whether candidates for local election will be able to promote their campaigns at the Farmers Market (they’ve been allowed to walk around, talk to shoppers and distribute their information in the past, though not to have a table set-up) and whether vendors are allowed to leave before the market closes at 2 p.m. (it’s discouraged).

Williams asked Spugani whether the new spot at Lumberyard was worse, the same or better than Center School Lot.

She said most of the vendors met at the lot to feel it out and “everybody is pretty excited in terms of having the on-site parking, because that will be much more convenient for the shoppers.”

“The one thing that we will miss is the shade from the Center School Lot,” she said. “Especially in the heat of summer when vendors come with produce. So that’s I think the only thing that … we might have to work around, whether that’s extra tents or whatever. But otherwise I think it will be a welcome change to have the on-site parking and have the extra space should we want to expand to more vendors.”