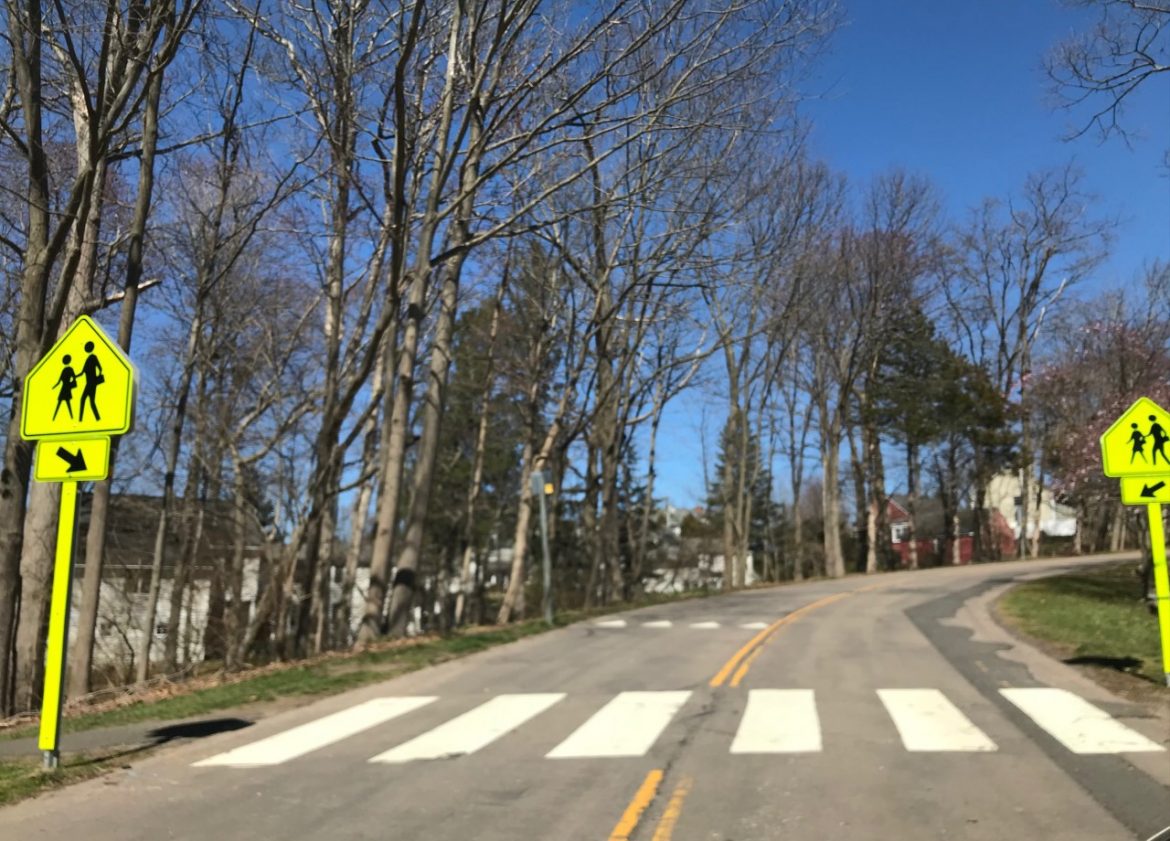 The town is planning to install sidewalks on both sides of Gower Road as it passes South School. Credit: Michael Dinan

Town officials on Tuesday approved an approximately $20,000 contract for the design of new sidewalks that will make New Canaan’s most walkable elementary school even more walkable.

As it is, sidewalks that run from both ends and on each side of Gower Road near South School terminate just at the edge of school property.

The existing sidewalks on Gower “actually stretch from South Avenue to the entrance to South School and then from Old Stamford Road eastward to South School, as well,” Public Works Director Tiger Mann told members of the Board of Selectmen at their regular meeting, held via videoconference. “There is nothing that traverses across South School’s property. There is a walkway along South School into the property but nothing along the right-of-way.”

The town asked Bridgeport-based Cabezas DeAngelis for a proposal for survey and design services “for these stretches of sidewalk to connect the two together,” Mann said.

The total contract for those services comes to $19,800, including a contingency fee. First Selectman Kevin Moynihan and Selectmen Kathleen Corbet and Nick Williams voted 3-0 in favor of the contract.

South School is set amid one of New Canaan’s most pedestrian-friendly areas, with many of the elementary school kids walking to school and dedicated “Walk To School Days” each year that are unique to South.

During the meeting, Corbet asked whether a $2,800 inland wetlands permitting fee included in the contract comes back to the town or goes to the state.

Mann said the fee is to develop the permit itself.

“Where the sidewalk would go on the northern side, there are wetlands directly adjacent to it down the hillside, so we are in the buffer, so we would need a wetlands permit at that time,” he said.