Police on Monday arrested a 21-year-old New Canaan man in connection with a domestic altercation at his apartment. 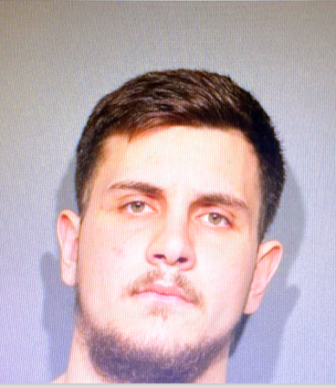 Arlind Bajraktari of 33 Millport Ave., Apt. 136, was charged with third-degree assault, second-degree threatening, disorderly conduct, interfering with an officer and violation of a protective order.

At about 9:55 p.m. on May 31, officers took a complaint from the victim of a domestic altercation that had occurred at the apartment earlier in the day, according to a police report.

At about 12:05 a.m. on June 1, the victim called 9-1-1 to report that Bajraktari had returned to the residence and was trying to get inside, it said.

Officers found him outside and took him into custody, the report said. At police headquarters, he additionally was charged with failure to be fingerprinted and photographed (the mugshot above is from a prior arrest).

The victim had an existing order protecting them from Bajraktari, police said.

Bajraktari was held on $100,000 bond and scheduled to appear June 1 in state Superior Court.