A proposal to renovate the New Canaan Police Headquarters building may be executed in the near future, officials say. 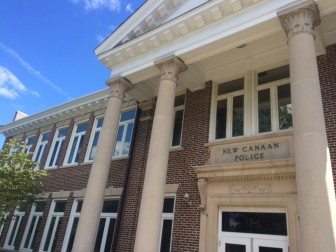 “We may be close to getting a good plan in place and working toward renovation,” Police Chief Leon Krolikowski said at the July 25 meeting of the Police Commission, held at the headquarters building.

The first and second floors of the building have not received any serious upgrades since 1981, according to the chief.

“It is sorely in need of a renovation,” Krolikowski said.

The Police Department was built in 1927 as New Canaan’s first high school.

Police officials have met with a committee that’s studying town-owned buildings’ uses and capital needs, he said. The Town Building Evaluation & Use Committee, chaired by Amy Murphy Carroll of the Board of Finance, is expected to deliver its report to the Town Council in September, including recommendations on what buildings may be sold or even razed.

The police met with an architect six to eight months ago who has worked on other departments in the area, the chief said. That architect had created a plan for the building 10 years ago that never materialized, and an updated estimated cost comes to about $7 million to $8 million, Krolikowski said.

The Police Department also recently met with an engineer and has been compiling photographs of specific deficiencies in the current building.

Those deficiencies were spelled out by town building officials earlier this year during the early stages of the budgeting process. They include extensive interior renovations and overhaul of its heating, HVAC, plumbing and electrical systems.