Officials are tapping an area expert to help put together an application that they hope will exempt New Canaan from a state law that could open the town to unwanted building projects. 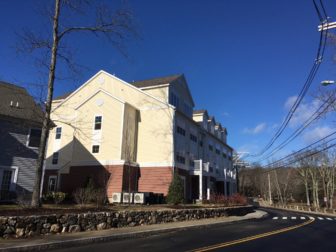 The Board of Selectmen at a regular meeting Tuesday will vote on a fee appropriation of $6,000 to $12,000 for Ridgefield’s recently retired town planner. Betty Brosius oversaw Ridgefield’s handling of more than 10 applications submitted under the Affordable Housing Appeals Act, often referred to by its statute number, “8-30g.”

As New Canaan nears issuance of Certificates of Occupancy for rebuilt affordable housing units at Mill Pond, the town is preparing an application to the state that would garner a four-year moratorium from 8-30g.

It will be the first time New Canaan has ever prepared such an application, First Selectman Rob Mallozzi told NewCanaanite.com when asked about the agenda item.

“Betty was a drive force in Ridgefield and we are very, very happy to have her,” Mallozzi said.

“This will ensure that we have an extremely diligent and confident group to oversee our efforts to apply for a receive a moratorium.”

He added that New Canaan’s priority in making the application is to gain control of its ability to approve building projects, not to reject adding affordable housing.

Town officials have been pursuing the moratorium actively for nearly three years.

The 73 new units nearing completion at Mill Pond will be rented to households earning at or below 80 percent of area’s median income, as required by state law. Even with those units, New Canaan still is far below a state guideline whereby municipalities are exempted from 8-30g. Specifically, 10 percent of all housing stock must qualify as affordable to get out from under the state law. New Canaan will be at about 5 percent when the project is done.

Though New Canaan has not received a formal 8-30g application, the specter of such a submission has loomed large over the Planning & Zoning Commission in recent years—in the contentious, litigious development at Jelliff Mill, and more recently vis-à-vis the Merritt Village project.

According to Scott Hobbs, chairman of the New Canaan Housing Authority, one of the new apartment buildings at Millport Avenue has its temporary Certificate of Occupancy, and a second one is expected this week.

“Everything went very, very well—the builder did a great job,” Hobbs said of the project, originally pegged for January 2017 completion.

The 8-30g moratorium application is “complicated” and involves technical expertise, Hobbs said. Officials in P&Z have recommended bringing in a consultant in order to facilitate the process, he said.