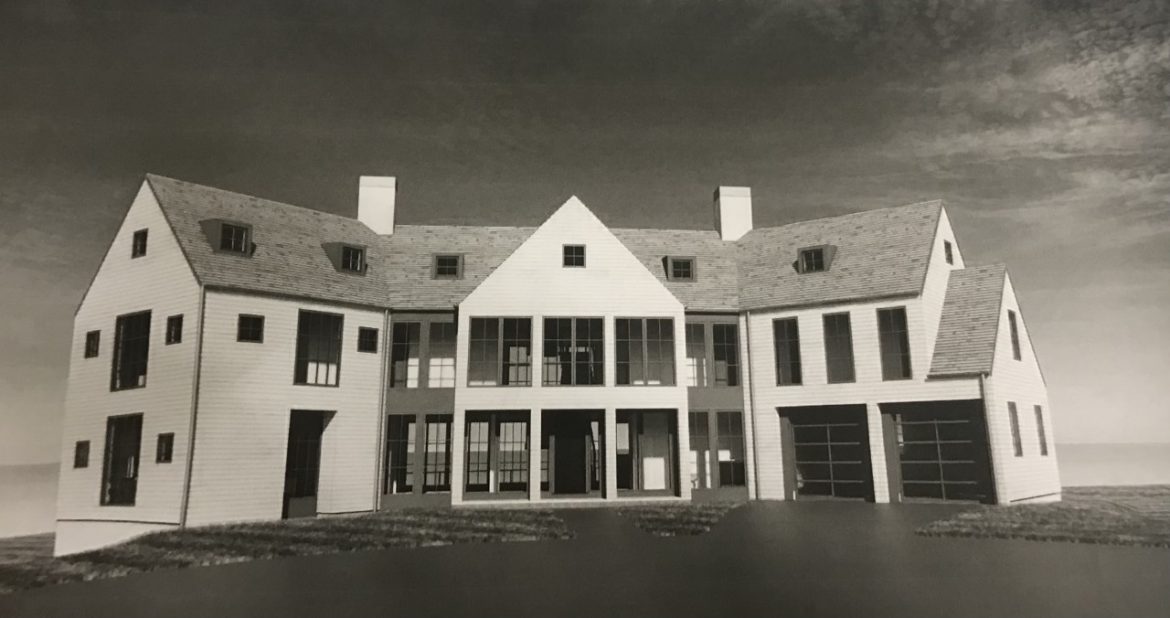 This 3,500-square-foot house is planned for 9 Colonial Court. Specs by Christopher Pagliaro Architects

The New Canaan Building Department last week received an application to construct a 3,500-square-foot house at the end of a cul-de-sac near the downtown.

The five-bedroom home planned for 9 Colonial Court will include four to five bathrooms, one half-bath, a finished basement, two-car garage and open deck in the rear, according to a building permit application filed June 29. 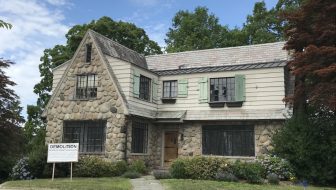 The 1933-built house at 9 Colonial Court is slated for demolition. Photo by Michael Dinan

Town officials last fall imposed a 90-day delay on the demolition of the 1933-built house that currently stands there.

It’s not clear how much the new two-story will cost to build. The contractor on the job also has not been determined, according to the application. It’s designed by Christopher Pagliaro Architects of Darien, the application said.