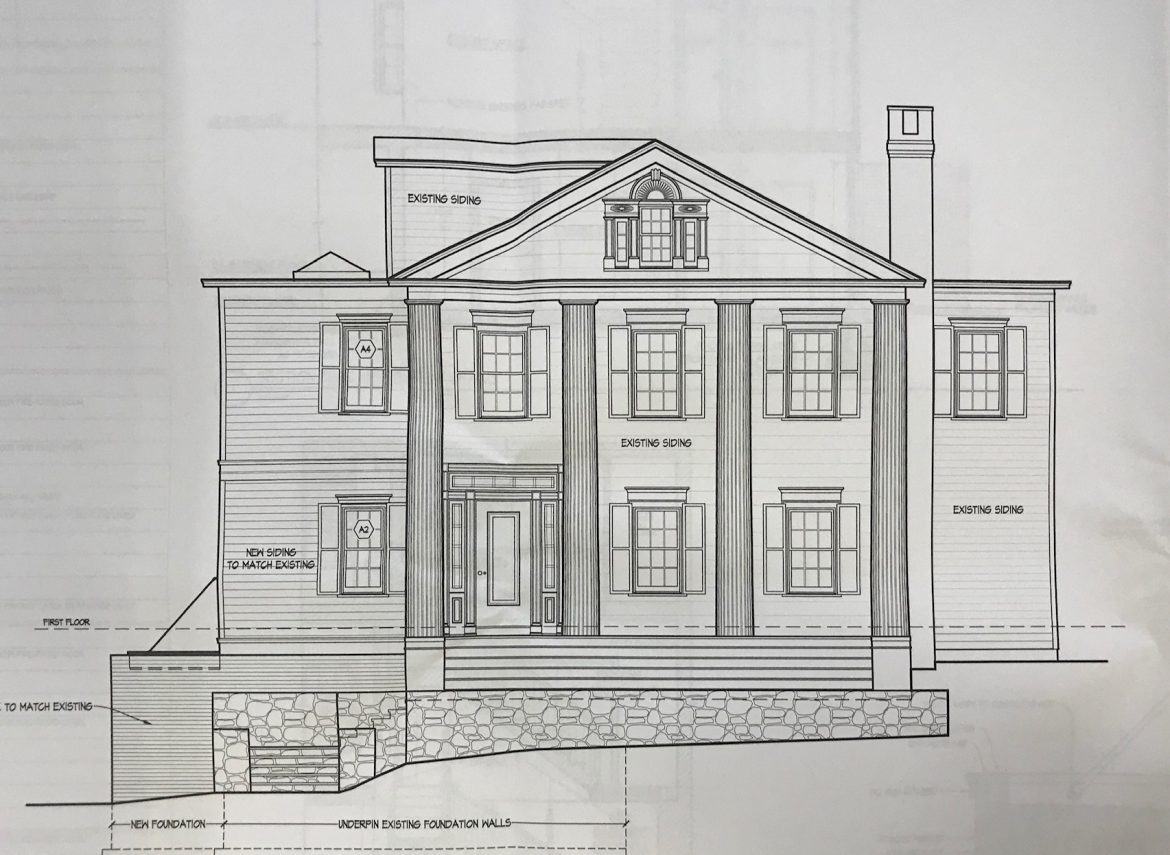 This 3,900-square-foot home is planned for 57 Gower Road in New Canaan. Specs by Karl Nelson LLC

The town on March 12 received an application to build a 3,900-square-foot house on a .32-acre Gower Road parcel.

The new house at 57 Gower Road will include four bedrooms, four full bathrooms, two half-baths and an attached two-car garage, according to the application.

It will cost about $650,000 to build, the application said. The contractor/architect on the job is Brooklyn, N.Y.-based Karl Nelson LLC. Nelson is the principal of the ownership company, state records show.

The property had been purchased for $705,000 in August and a demolition permit was issued the next month for a 1,688-square-foot ranch-style house on the lot.