[Editor’s Note: This article has been updated by removing the name of at least one arrested teen whose charges were dismissed.]

The assault of a New Canaan juvenile this month that resulted in the arrests of three Darien teenagers began with “hostile” and “antagonistic” trash-talking between high school students through text and Snapchat, court documents show.

According to arrest warrant applications from New Canaan Police, citing sworn statements and interviews with a handful of teens present at an Old Kings Highway gathering that would be crashed by the Darienites, those communications included talk “how about how Darien High sucks and New Canaan High is better.”

The exchanges escalated—one of them included a photo of 18-year-old Darien resident [an arrested teen’s[ middle finger—followed by a text from the Darien High School senior saying “It’s [an arrested teen]” and “We’re coming.” 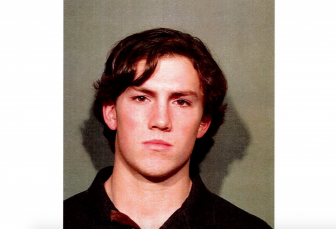 It was about 11:15 p.m. on Monday, Nov. 6, and though the victim had told [an arrested teen] not to come to the house, even lying that he was not there, “a carload of Darien kids” arrived, “came storming downstairs” and two to four kids grabbed the juvenile while fellow Darien senior Brian Minicus put him in a headlock and punched his face about 12 times, according to the arrest warrant applications. When the assault ended, the juvenile iced his face and the Darien kids were “yelling violently and talking dirty,” according to the arrest warrant applications.

Police learned about the incident the following day, when the New Canaan juvenile arrived at department headquarters with his father. After an extensive investigation, police obtained warrants signed by a prosecutor and judge, and charged Minicus with third-degree assault and second-degree unlawful restraint, charged [an arrested teen] with disorderly conduct and interfering with an officer, and charged a 17-year-old with conspiracy to commit third-degree assault and second-degree unlawful restraint. Police withheld the name of the third offender because of his age.

With both [an arrested teen] and Minicus starring on the then-unbeaten Blue Wave football team, news of the arrests on the eve of the Turkey Bowl spread quickly through the neighboring communities. Neither would play in the annual Thanksgiving morning game, which the Rams won 27-0.

The evening started when the juvenile victim, hanging out with three friends at one of their houses, received an invite to the Old Kings Highway home to watch a movie. There, the juvenile began texting and “chirping” via Snapchat with a Darien acquaintance.

As the assault unfolded, “the Darien kids were yelling and would not leave for approximately 15-20 minutes,” according to one witness cited by police in the arrest warrant application.

The same witness “saw [an arrested teen] come downstairs” where the New Canaan kids were congregated in the basement of the Old Kings Highway home “and get into the face” of a juvenile there, the application said.

[The arrested teen] “stated he then looked to his left and saw Minicus punch” the juvenile, leaving shortly thereafter.

“ [The arrested teen] denied being anywhere near Minicus and [the juvenile] and maintained he was talking with” some else while at the party, according to the New Canaan Police arrest warrant application.

When the officer asked [an arrested teen] “if he remembered being aggressive and yelling” at the party, “[The arrested teen] stated he did not remember.”

“[The arrested teen] then said he recalled everyone yelling at them to leave so he was yelling back” and asserted that “he did not touch anyone at the party,” the application said.

The 17-year-old also provided police an account that did not jibe with what other eyewitnesses described.

The teen said he sent the New Canaan juvenile a Snapchat calling for a “face-to-face” with Minicus and that after arriving at the house, he “saw Minicus and [the juvenile] wrestling and throwing punches at each other.”

The teen “said the fight lasted about 15 seconds and ended with both Minicus and [the juvenile] agreeing not to badmouth each other anymore,” the applications said.

He added that “after the fight ended they [the Darien teens] were asked to leave” and “so they all shook hands and left.”

Contrary to other eyewitness statements, the teen claimed that “no one else jumped in on the fight between Minicus and [the juvenile]” and that he himself “was nowhere near the two of them.” (Police in releasing information about the arrests last week had identified the teen as holding down the juvenile while he got punched.)

That account made claims “that no one else had made and in fact were in stark contrast to multiple other witness statements,” according to police.

Yet the teen’s lawyer, Stamford-based criminal defense attorney Mark Sherman, “stated he trusted his client was being truthful.”

The day after the juvenile made police aware of the assault, Minicus began texting the victim to apologize “and then even went to their house,” according to police.

The officer “made contact with Minicus’s mother, Maureen,” who “stated that she had driven her son” to the New Canaan juvenile’s house to apologize for what had happened on Nov. 6, the applications said.

“I explained that I would like to speak with her son and she arranged to bring him in around 5:30 p.m,” the officer said in his sworn affidavit. “Maureen then contacted me around 5 p.m. and stated they had sought counsel and were advised not to give a statement.”

Yet the juvenile victim provided police with screen shots of the texts Minicus had been sending, indicating that the Darien offender wanted to apologize.

“Minicus stated in the texts that he knew [the juvenile] was not going anywhere with this incident but wanted to apologize to his father so his father did not make an issue out of it,” the arrest warrant application said.

When the officer finally did make contact with Minicus’s attorney, he was told that the attorney “was currently out of the country and did not want his client giving a statement without counsel.”

The attorney “said he would let me know if he changed his mind when he came back from his trip,” the applications said.

Police never heard back from that attorney.