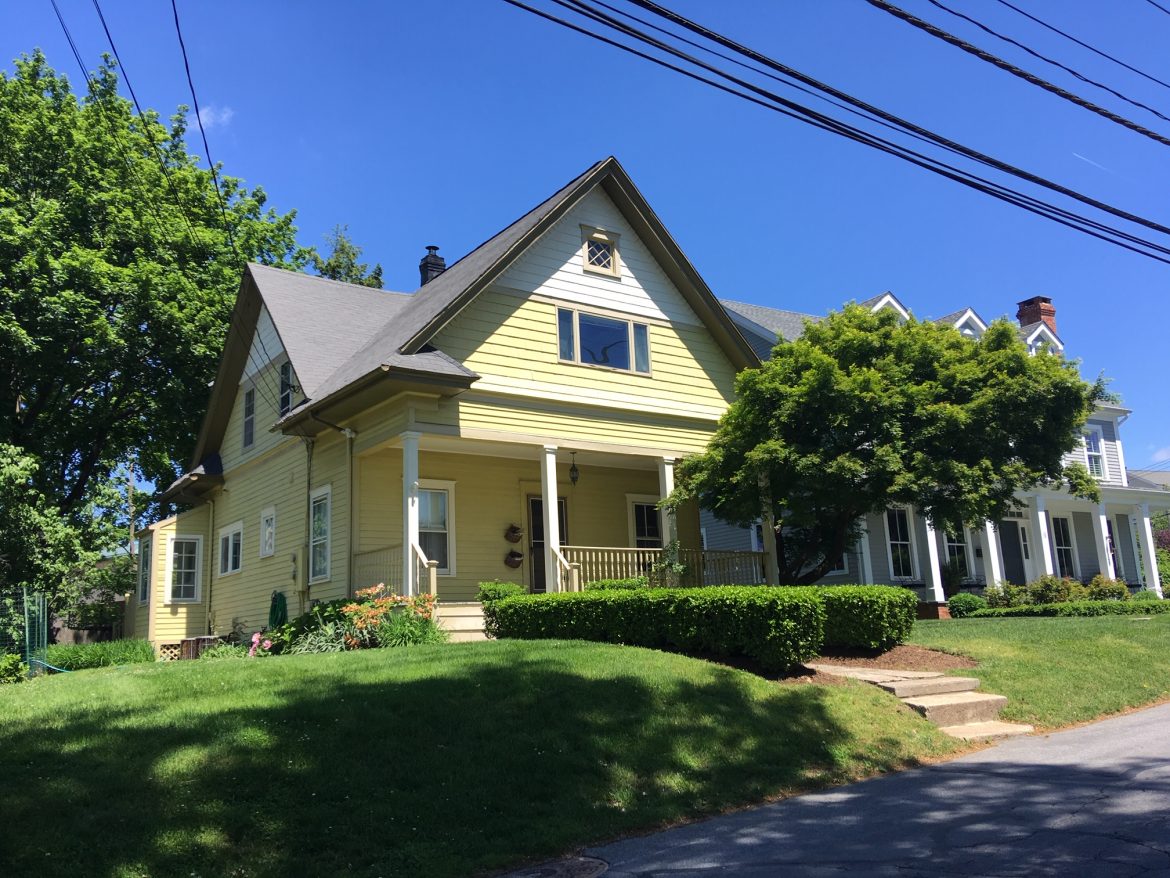 The owners of two contiguous properties on Richmond Hill Road are seeking permission from the town to knock down the single-family homes already there, combine the parcels and then build four new dwellings.

A rendering of a proposed dwelling units for 19-25 Richmond Hill Road. Specs by Michael Smith Architects

Filed with the Planning & Zoning Commission on behalf of owners Dennis Quinn and Joan Cheever, the plan for numbers 19 and 25 Richmond Hill Road requires not only site plan and Special Permit approval, but also changes to the underlying New Canaan Zoning Regulations.

The proposal is “designed to provide high quality multi-family housing in single occupancy units to contribute to the unique and diverse housing opportunities in the Apartment Zone and adjacent to the downtown,” according to the application filed by attorney Jacqueline Kaufman of Stamford-based Carmody, Torrance, Sandak & Hennessey. “The Applicant has designed the proposed dwellings to be consistent with the surrounding Richmond Hill neighborhood, which consists of a mix of aging and new single-family and multifamily dwellings.”

Under the New Canaan Zoning Regulations, site plan approval is needed for development of a multifamily use in a residential zone (see page 179 here), and a Special Permit is required to construct multifamily dwellings in the Apartment Zone (page 100). According to the application, the project meets required Special Permit criteria (page 186).

The regulations specify that for properties in the Apartment Zone, the minimum side and rear yard setbacks for a principal bundling are 25 feet and properties in the Apartment Zone have a minimum landscaped area of 50%. Under proposed changes to the regulations, the setback distance would be preserved for a single structure, while it may be reduced to 20 feet “for properties with multiple structures, with Special Permit approval,” while the landscaping figure would be reduced to 30% for such structures.

The proposed text changes to the Zoning Regulations also add the following sentence to the definition of ‘multifamily dwelling’: “The Multi-Family Dwelling use may be provided as attached or detached units and may share exterior amenities on the subject property as provided by the permitting Regulation.”

According to the application, each of the four detached dwelling units planned for the would-be merged lot will be designed for single-family occupancy.

“New landscaping, driveways, sidewalks, lighting and drainage improvements are also proposed,” it said. “The property will continue to be served by two driveways, in substantially similar locations to the present day driveway locations, with each driveway serving two dwelling units.”

One of the driveways already in place is shared with a single-family home located to the east, the application said.

The existing houses at 19 and 25 Richmond Hill Road include 1,531 and 2,540 square feet of living space, respectively, tax records show. The new unit would range from 3,200 to 4,200 square feet of finished space, according to the application.

P&Z is expected to take up the application at its May 28 meeting.

The architectural style of the proposed units is “classic shingle, using cedar shingles on the roofs and dwelling facades,” Kaufman said in the application.

“Decorative railings, cupolas and covered porches have been designed in keeping with the neighboring residential properties. In addition, each dwelling will have private porches and /or patios, decks and other private recreational areas. The interior of the units each feature approximately four bedrooms, elevators, or an elevator option, 2-car, attached garages, and open format kitchen/family rooms.”

According to the application, the landscaping proposed for the redevelopment is “interesting and lush throughout the units and will provide landscaped buffer around the site side and rear perimeters to the extent feasible (for instance, where there is a common driveway on the property line, such buffer cannot be maintained).”

“Great attention was paid to creating an interesting, but familiar streetscape aesthetic on Richmond Hill [Road],” it said. “Differing architectural features are provided, as well as new streetscape landscaping, to contribute to a rich pedestrian experience.”