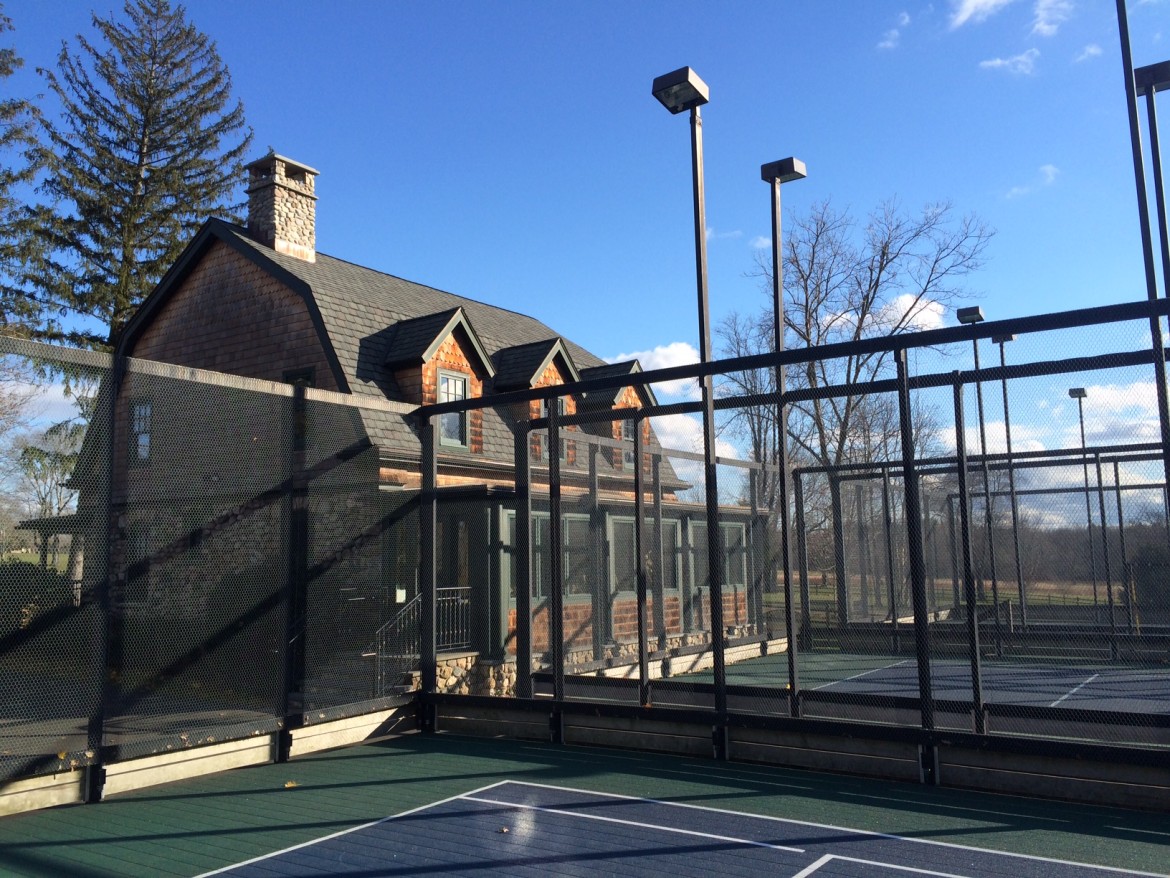 Saying improvements could be made to reservation and waitlist systems, parks officials say they’re trying to figure out how to ensure the platform tennis courts at Waveny are getting full use.

As it is, those reserving the “paddle tennis” courts may cancel up to four hours before their scheduled slot—a deadline the town changed from 12 hours at the request of the players themselves, according to Recreation Director Steve Benko.

Yet even if an auto-notification system alerted others on a waitlist about a newly available court, it’s difficult to pull together four players on a few hours’ notice, Benko told members of the Parks & Recreation Commission at their most recent meeting.

“The hardest thing is that paddle is a doubles game, not a singles game,” Benko said during the April 10 meeting, held at Town Hall. “Very few people play singles paddle.”

Commissioner Francesca Segalas said that with the online reservation system now in place, “cancellations and waitlist were two issues that really are not working well,” and that those players who have demonstrated “a cancellation habit” cannot be tracked.

Commissioner Carl Mason asked what Parks & Rec would seek to do in terms of its policy if it was able to identify “repeat offenders” who tend to cancel at the last minute.

Benko said the town’s policy has been that a warning is issued the first time, a three-day penalty (where players cannot make a reservation) is imposed after a second, a week-long penalty after a third offense and “then you are done” if it happens a fourth time.

“You can’t make an online reservation,” he said.

The discussion arose during a general discussion of platform tennis at Waveny. Segalas said she and Benko met with the heads of both the men’s and women’s players last month and that they’re very happy about the installation of an additional court there.

Right now, though there’s a waitlist for a court at a specific time, “it’s rare that all the courts are in use,” Segalas said.

Benko said that’s not true, that “they have been booked at nighttime every night.”

Segalas responded that although they’re technically booked, “they have not been played on.”

“You will go by and you will see there is one court that is not [in use] because someone canceled,” she said.

When the idea of extending the cancellation deadline to 48 hours was proposed, Commissioner Laura Costigan said that may be “too severe.”

“You don’t even have to cancel a hotel 48 hours” in advance, she said.

Segalas said that if a better auto-notification system for the waitlist was up and running, then the cancellation time “can be more flexible.”

Benko said that although it’s very hard to find three players on short notice, “we are working on it.”