New Canaan Police this week arrested a 54-year-old Ponus Ridge man as well as his son and daughter following an underage drinking party at their home that saw at least one youth injured seriously enough to merit a visit to Norwalk Hospital. 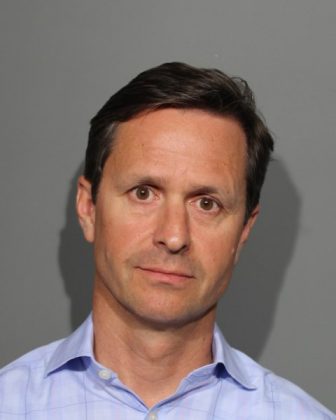 Jim Vos and his son Hayden Vos, 22, each were charged with failure to halt possession of alcohol by a minor. Sophie Vos, 18, was charged with permitting a minor to possess alcohol.

According to arrest warrant applications from New Canaan Police who were dispatched before dawn to the upper Ponus Ridge home after learning about the youth injured at a drinking party, Jim Vos was home while it was going on. The party, which involved nearly two dozen young people and included a beer pong table set up outside, according to police, appears to have followed graduation from an out-of-state private school.

Jim Vos repeatedly failed to cooperate with a police investigation—including inquiries into the physical health of his own daughter, telling officers twice that she simply was sleeping when asked if the teen could come downstairs so they could see whether she was injured (as had been reported), according to the applications.

According to an arrest warrant application filled out by Officer Clinton Jarvis, Jim Vos “knowingly had minors on his property consuming alcohol and failed to intervene which ultimately resulted in the injury of an intoxicated juvenile.”

It started at about 2:04 a.m. on May 30—the Tuesday that followed Memorial Day—when Jarvis and New Canaan Police Sgt. Aaron LaTourette traveled to a home at 1578 Ponus Ridge after learning that an intoxicated juvenile taken to Norwalk Hospital had been at a party there, according to an arrest warrant application.

Arriving, Jarvis in the application said he tried to contact homeowner Jim Vos.

“After several attempts to make contact, I canvassed the property for other entrances,” Jarvis said in the arrest warrant application. “When I entered the backyard of the residence I found the remains of an alcohol party which included the strong odor of alcohol. I observed multiple areas on the patio and lawn covered in vomit, and the fire pit was still burning.”

LaTourette made out an area in the grass that was shaped in a rectangle, the application said, and nearby was an area of squashed grass as though people had been standing there. LaTourette additionally spotted an orange ping pong ball on the ground—all signs that are consistent with a beer pong party, the application said.

“While exiting the backyard, I also observe a trail of liquid on the ground leading from the side door to a recycle bin and garbage can located on the outside of the garage,” Jarvis said in the application. “When I approached the bin, I observed two clear garbage bags with several empty Budweiser cans and Mike’s Hard Lemonade bottles.”

At about 3:13 a.m., Jarvis and LaTourette learned from Lt. Bill Ferri that “there was possibly a second injured person inside of the residence,” the application said.

The pair entered the home through an unlocked side door and spotted “an intoxicated male laying on the couch.”

While inside, Jarvis encountered Jim Vos and when the police officer began to explain why he was there, the homeowner replied, “ ‘Kids probably, I’m not going to answer any questions period,’ ” according to Jarvis in his arrest warrant application.

The police then spoke to Jim Vos’s son, Hayden, who said that he and his sister Sophie and about 20 of her friends had a high school graduation party, the arrest warrant application said.

Hayden told police that he and his father didn’t know that anyone was drinking at the party “but said that there might have been some drinking going on,” according to the application.

“When I asked Hayden if he knew of the injured juvenile, he stated that he did know the injured party,” it said. “Hayden then stated, ‘I was here while there was kids here. I didn’t see what happened, but something happened back there. Someone tripped and fell.’ ”

Hayden Vos told Jarvis that he contacted a parent because he “thought it would be best” if the injured juvenile “might go to the hospital,” the arrest warrant application said.

Police learned that no ambulance service with trained EMTs had been contacted to transport the injured person—rather, “friends” took that individual to the Norwalk Hospital Emergency Room, officials said.

“The ER doctor indicated that her injury seemed consistent with the story he was told on how she fell and the head injury was not serious,” according to New Canaan Police.

Hayden further told the police: “ ‘My parents were asleep while kids were here most of the time,’ ” according to Jarvis.

Officer Kelly Coughlin confirmed that Jim Vos was at the home during the party, according to Jarvis.

Hayden Vos told police that his sister, Sophie, also had been injured during the party.

“When I asked Mr. Vos if I could speak with Sophie he refused to answer, once again Mr. Vos failed to cooperate with the investigation,” Jarvis said in his arrest warrant application. “I then asked Hayden if he could have Sophie come downstairs and he stated, ‘She’s asleep.’ I then asked Mr. Vos if he was aware that minors were in possession of alcohol and drinking in his residence and he stated, ‘I refuse to answer any further questions,’ once again choosing not to cooperate with the police investigation. Hayden Vos then spoke and stated, ‘My parents weren’t there during the party. I was the only one there.’ ”

Coughlin traveled to Norwalk Hospital and interviewed friends of the injured youth who had gone there, and they said “that they had been drinking alcohol and that Sophie Vos’s parents were home, but they were not aware because the juveniles were drinking in secrecy,” Jarvis wrote in the arrest warrant application.

According to Coughlin’s arrest warrant application for Sophie Vos, the juveniles at the party said they had graduated the morning before and traveled from Newport, R.I. to New Canaan.

“The individuals at the hospital were all from out-of-state, but everyone was planning on sleeping over in New Canaan,” Coughlin wrote in the application.

The new graduates were “drinking in secrecy,” and at some point one of them stepped into an unseen storm drain divot and injured herself or himself, according to those interviewed by Coughlin.

The injured youth was not taken to the hospital immediately, bur rather “the girls kept an eye” on that individual until his or her “condition worsened,” Coughlin wrote.