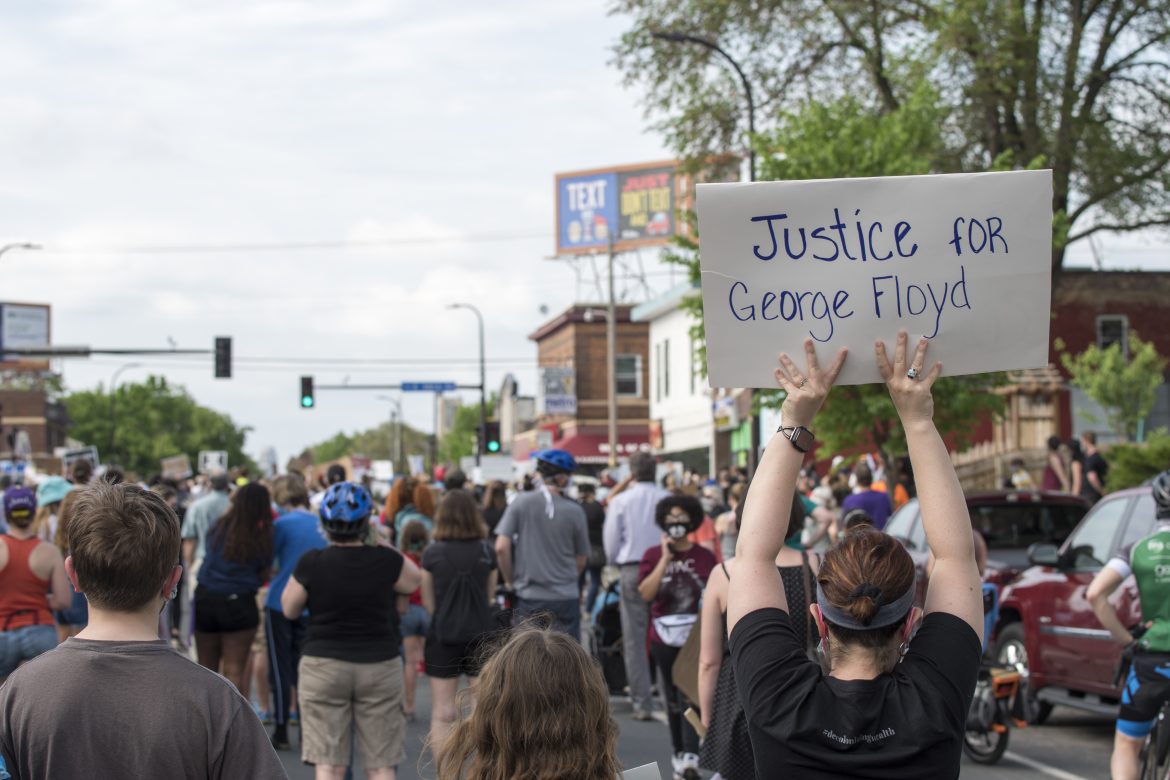 Update: This has been postponed to 5 p.m. on Thursday, June 4 (departing Saxe Middle School at 5:30 p.m.) due to expected thunderstorms.

A peaceful protest spurred by the May 25 death of George Floyd is to be held Wednesday afternoon in New Canaan, according to a flyer promoting it.

Scheduled to start at 4 p.m. at New Canaan High School, the protest will take participants along South Avenue to police headquarters, and then down Church Street to Main Street, the flyer said.

“What happened to George Floyd was a disgrace, but it was far from unusual,” it said. “It’s time to invoke change in the system.”

A 46-year-old African-American man, Floyd was killed in broad daylight while laying face-down and handcuffed in a Minneapolis street, a city police officer’s knee on his neck for nearly nine minutes. Captured on video, Floyd’s death has spurred protests throughout the nation and beyond.

New Canaan Police Chief Leon Krolikowski in an Instagram post Monday said, “Over the last week, I was saddened by the tragic death of George Floyd and the violence that has erupted throughout our nation. The video footage of Mr. Floyd’s death was shocking. The actions, as well as the inactions by the involved officers, were inexcusable. The Minnesota officers failed to follow the best practices of policing. I am fortunate to lead a well-trained, professional Department. Our Department is committed to protecting and serving a town that appreciates the risks our officers take each and every day. We remain vigilant and steadfast to the tenets of community policing as our nation finds a peaceful and thoughtful path forward.”

The flyer quotes theologian and human rights activist Desmond Tutu, “If you are neutral in situations of injustice, you have chosen the side of the oppressor.” The flyer ends, “Black lives matter.”

New Canaan resident Fatou Niang and her family organized the protest. It wasn’t immediately clear what local agencies or organizations were consulted on it, whether or how organizers plan to observe social distancing, whether permission to hold the protest had been sought from the Special Events Committee, whether the route includes any stops apart from the police station or whether speakers will address attendees. Niang could not be reached for comment.

In December 2014, NCHS students protested a grand jury’s decision not to indict in the case of Eric Garner, a 43-year-old African-American man who had died in July of that year after a police officer on Staten Island put him in a chokehold while arresting him. In both cases, the men told police, “I can’t breathe.” The officer who put Garner in a chokehold was fired in August 2019, more than five years after Garner died. The officer who kneeled on Floyd’s neck was charged Friday with third-degree murder and second-degree manslaughter; no charges yet have been filed against the three other Minneapolis officers who either looked on and restrained him.