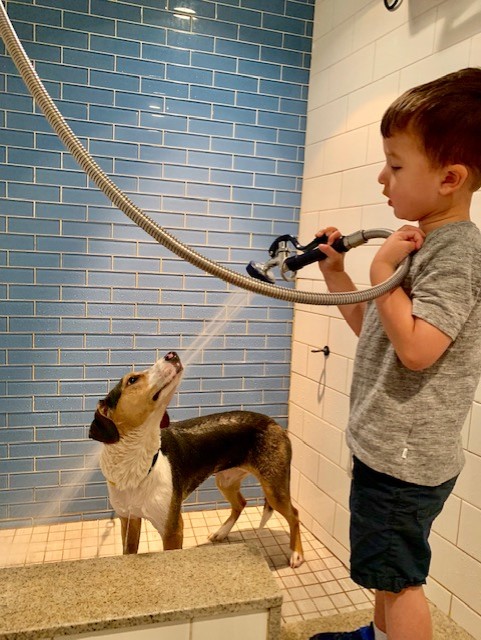 A Grove Street pet specialty retailer that long has supported canine-related causes in New Canaan and surrounding towns is expanding its offerings with a new service for dog owners. 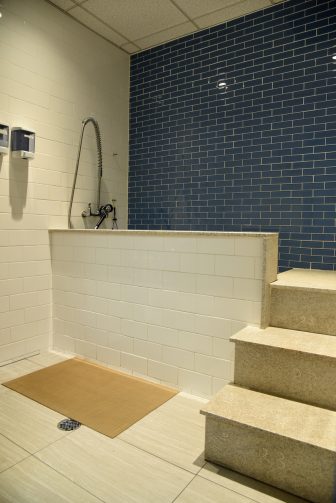 An example of a pet-washing station at Pet Pantry Warehouse. Contributed

Pet Pantry Warehouse is installing pet washing stations at the store and hopes to have the new facilities in place next month, according to Executive Vice President Adam Jacobson.

“Our washes are raised washes so people can be standing and not hunching over in uncomfortable positions as if bathing in bathtub or shower at home,” Jacobson said. “So it’s much more comfortable for a client to use. On top of that, we provide all shampoo and towels at no additional charge and we are responsible for cleanup after the dogs are bathed.”

Dog owners are also provided with waterproof smocks so they can wash their dogs, he said. 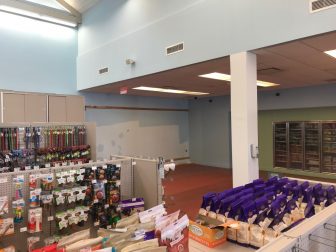 The area of the Pet Pantry Warehouse store at 21 Grove St. where the pet washing stations will go is being cleared out. Credit: Michael Dinan

Open in New Canaan since 2012, Pet Pantry is the host and organizer of the annual Dog Days of Summer event in New Canaan that benefits local animal rescue organizations, has supported local efforts to adopt shelter dogs such as through Bankwell’s Pet Adoption Project, supplies food for the New Canaan Police Departments’ K-9 dog Apollo and has been recognized by an Armonk, N.Y. dog rescue for its continued support of the shelter through a program that delivers food to the adoptable canines.

Pet Pantry also is a member business of the New Canaan Chamber of Commerce and Jacobson has served on the organization’s Board of Directors. 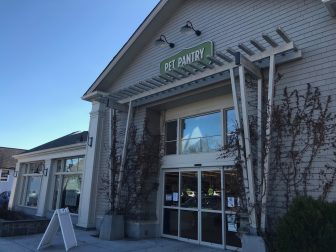 The Chamber’s Laura Budd called Pet Pantry Warehouse “an active partner in the community” and said the pet washing stations will be “a terrific addition.”

“I know my dog will become a frequent visitor to the new washing stations,” Budd said. “With their wide product selection and friendly and knowledgeable staff, PPW has been the go-to source for all pet needs in the New Canaan since opening in 2012.”

Jacobson said the store already has cleared the product and shelving for the area where the washing stations will be installed. The New Canaan local will have two stations instead of one, he said.

“And on top of that, we are constructing a holistic therapy room,” he said.