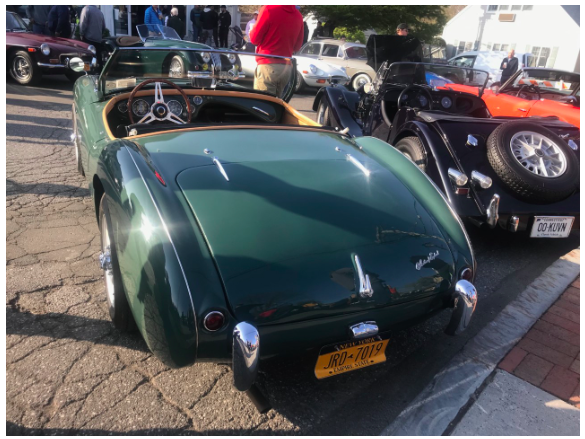 Thousands of car enthusiasts came to downtown New Canaan on Sunday morning for the 2022 debut of a popular auto show founded by town resident Doug Zumbach.

Launched as a small gathering of specialty and classic car lovers on Pine Street, by Zumbach’s eponymous coffee shop, Caffeine & Carburetors has evolved into a regional even multi-state draw for New Canaan, held four times per year—on Pine and Elm Streets downtown and in Waveny.

“The turnout is wonderful,” Zumbach said on a crisp and clear spring morning near the intersection of Pine and Park Streets as throngs of people walked the pedestrian-only areas to look at the cars, many of them wearing babybjorns, pushing strollers or gripping leashes. 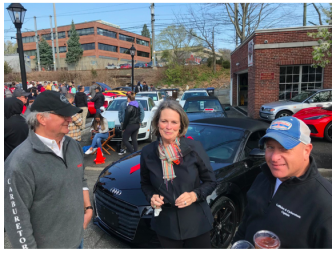 “Big shoutout to all of my volunteers,” he said. “Thank you [First Selectman] Kevin Moynihan, [Moynihan staffer] Tucker [Murphy] for helping, [Highway Superintendent] Mosey [Saccary], [Public Works Director] Tiger Mann, the Police Department. So everything is going smoothly. Everyone seems to be having a good time.”

“This year we hope to have a full season,” Zumbach said.