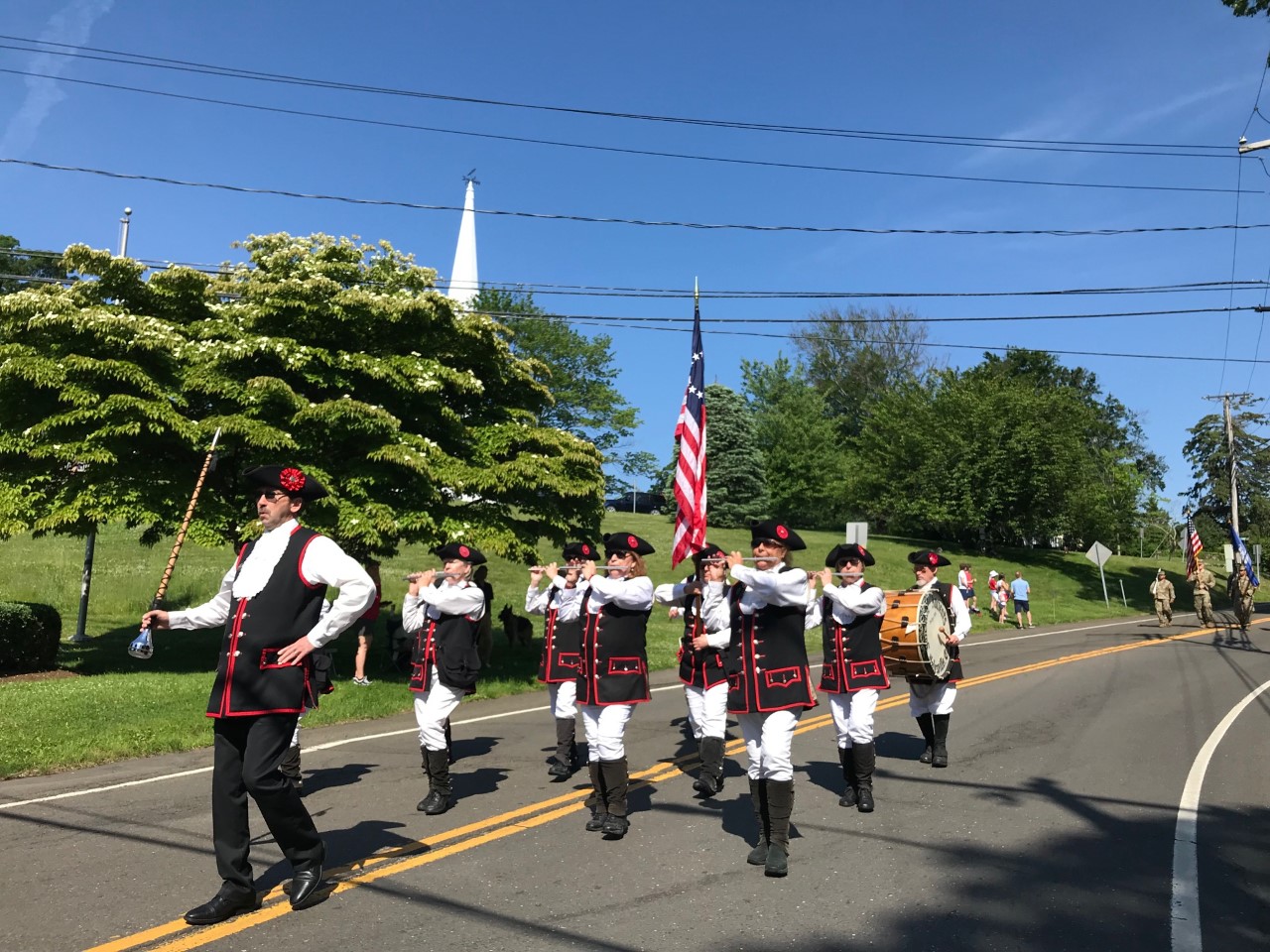 The Rev. Dr. R. Scott Herr of First Presbyterian Church of New Canaan addressed more than 300 residents gathered at Lakeview Ceremony following Monday morning’s Memorial Day parade to “remember and give thanks for the patriots who have given their lives in service to our great nation and the service of peoples around the world who desire justice, freedom and peace.” 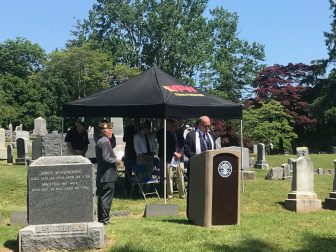 “Today we honor those men and women who made the ultimate sacrifice to defend our Constitution and our democracy,” Herr continued during an opening prayer to the ceremony organized each year by the Howard M. Bossa and Peter C. Langenus Post 653 of the Veterans of Foreign Wars of the United States.

“We are free to worship here today because they were brave, and we live by the light of the flame of liberty they kept burning. As we remember those who gave their lives to defend our freedoms, we also pray for other peoples in the world who seek democracy—especially the people of Ukraine and Russia, and pray for a just and lasting peace between those people. We also remember those innocent victims in places like Buffalo and Uvalde, and how truly fragile a free a peaceful society is. As we honor those from all races and religions who served in the Armed Forces, we pray for courage and wisdom to be a people who heal our divisions, right our wrongs and bring unity here at home. Help us all to work together for what is good and true and beautiful so we may continue to be the land of the free and the home of the brave, that all may people may have a better life and a fairer world. In the most holy name we pray, amen.” 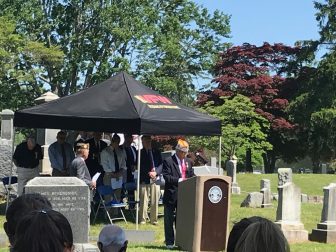 Held on a clear, sunny morning following the parade (see photos above), the ceremony was led by VFW Commander Francis “Mike” McGlinn an artillery officer during the Vietnam War. It included remarks by First Selectman Kevin Moynihan, New Canaan Town Band, playing of the “The Star-Spangled Banner,” Pledge of Allegiance, prayer from VFW Chaplain Brian Van der Heyden, raising and lowering of the flag, moment of silence, placing of memorial wreaths by the Hannah Benedict Carter Chapter of the Daughters of the American Revolution, gun salute, playing of “Taps” by New Canaan High School student and bugler Michael Mank.

“The VFW believes nothing can stand in the way of remembering and paying honor to all the veterans who have died in service of our country,” McGlinn said. “Their ultimate sacrifice must never be forgotten. We pledge to remember them every day, especially on Memorial Day.” 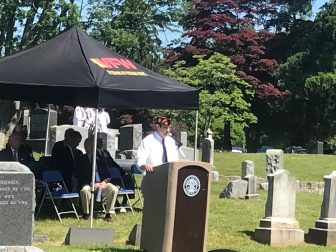 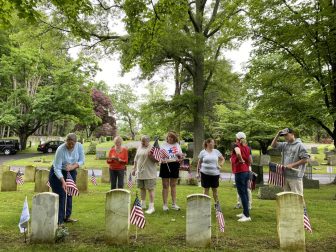 Volunteers who placed flags on the gravestones of servicemen and women interred in New Canaan, in advance of the 2022 Memorial Day ceremony at Lakeview Cemetery. Photo courtesy of Frances Wilson

During his address, Kowalski called on those gathered not only to attend ceremonies such as the one at Lakeview, but also to find a personal connection to a U.S. Armed Forces serviceman or woman who has given their life in wartime.

“I would challenge you to do this: Learn the name and the story of a service member who has made the ultimate sacrifice,” he said. “It could be someone from one of the first wars our nation fought, one of the World Wars or it could be some one who was killed during the Global War on Terror. Maybe it’s someone who went to the same high school or college as you. Maybe someone who shares the same birthday. Whose name and story you choose to learn, and why, is up to you. But my belief is that we as a community and a country can do this, we will be better appreciate not only the human cost to war but the human cost of our freedom and way of life.” 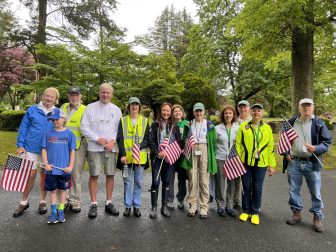 Volunteers who placed flags on the gravestones of servicemen and women interred in New Canaan, in advance of the 2022 Memorial Day ceremony at Lakeview Cemetery. Photo courtesy of Frances Wilson

Kowalski also told the stories of two fallen servicemen, who died in 2009 ad 2010, that he knew personally, from college and from his time in Afghanistan.

“Within the veteran community there is a small and special cohort that make the ultimate sacrifice and gives the last full measure of devotion, their lives, in service to their country,” he said.