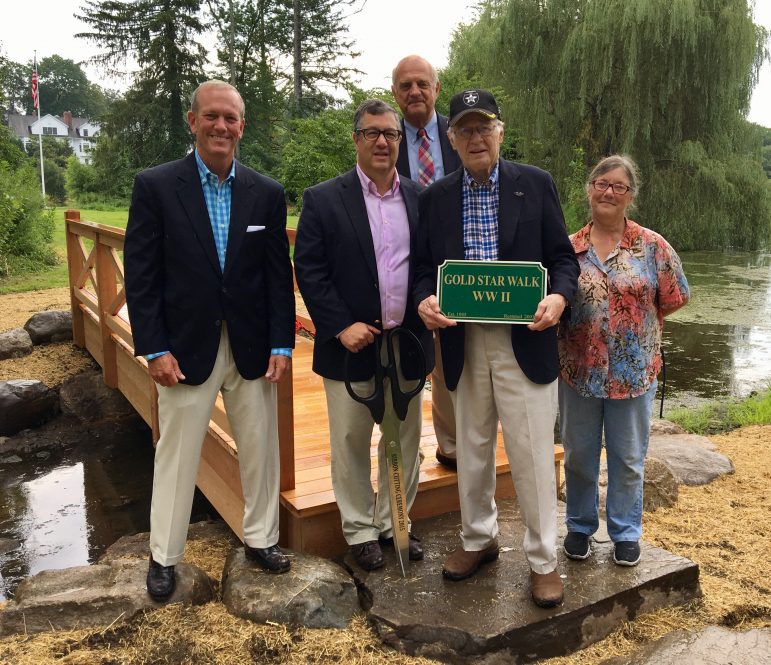 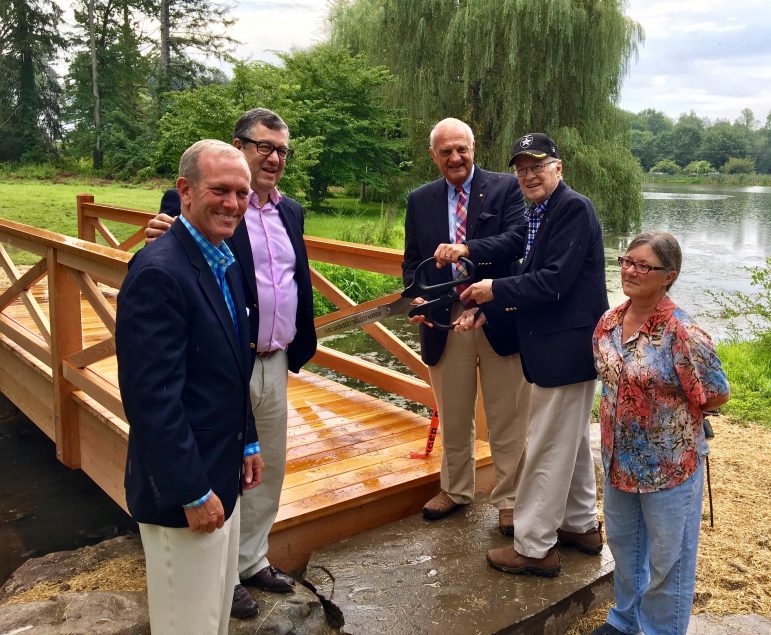 Jim Bach in front of the bridge before the ribbon-cutting. Photo Credit: Charlie Hobbs 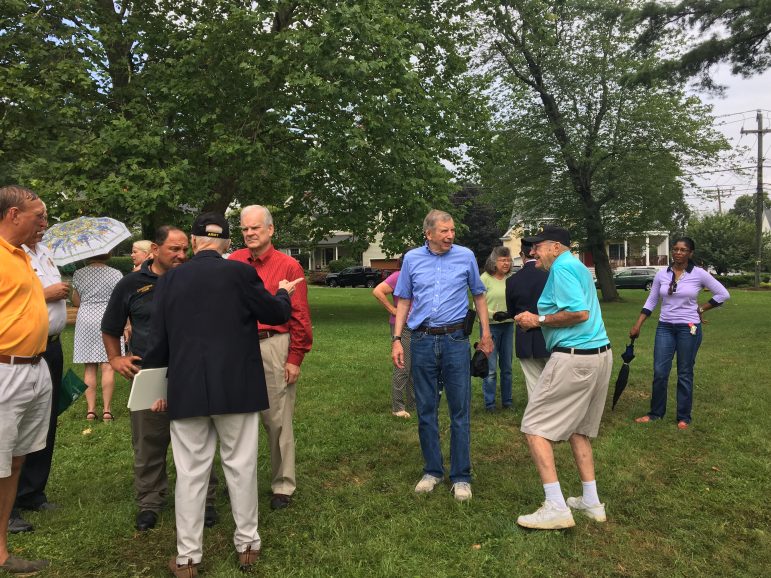 After nearly a decade of fundraising, the “Jim Bach” bridge opened with a ceremony at Mead Park Friday morning.

Bach, who raised approximately 95 percent of the funds for the bridge himself, was awarded the honor of cutting the ribbon at the grand opening as the Board of Selectmen and a crowd of onlookers, including several veterans, cheered.

“I’ve got to congratulate Jim,” Keith Simpson, the landscape architect who worked on the project, said at the ceremony. Bach himself added that the completion of the new bridge would not have been possible without the New Canaan chapter of the Daughters of the American Revolution, which made a sizable donation.

Meredith Bach, Jim’s niece and a member of the New Canaan DAR herself, said, “It’s great to see this finally come together.”

Also involved in the bridge’s construction were Bill Pollack, who worked alongside Simpson on landscaping and structural engineer Arne Thune. Nick Cambareri of Cambareri Masonry, which is also responsible for new trails in Waveny Park under the Conservancy, served as the site contractor, while Rob Kaye of Riverside Fence constructed the bridge.

Outgoing First Selectman Rob Mallozzi was present at the ribbon-cutting alongside fellow Board members Nick Williams and Beth Jones.

“We love Jim like you can’t believe,” Malozzi told the crowd, “This has special meaning to [Nick, Beth and me] because it culminates a project that we have been working on together.”

The completion of this new bridge is the most recent in a series of improvements made to the Gold Star Walk, which was first established in 1945 following World War II. The Gold Star Walk will now form a loop, with this new bridge allowing the connection to an existing bridge, which will be rebuilt shortly. The Walk will pass by a newly erected flagpole, the product of Eagle Scout candidate Drew Pohle’s efforts.

“There will be signs identifying the Walk at each end, as well as one for each of the thirty eight flowering trees which line the entire route,” Simpson said, “It is hoped that the walk will be further emphasized, over time, by the introduction of additional benches along this route, for the benefit and enjoyment of visitors to Mead Park who wish to walk around its pond.”

For more information on Bach’s story, see this article.