Although our town has little crime, crimes such as domestic violence have remained constant over many years. Domestic violence is New Canaan’s violent crime. If you live in New Canaan, and you are the victim of violence, it is highly probable that the perpetrator is someone that you love. 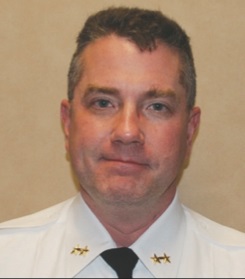 Domestic violence is both a national and an intimately local problem that knows no boundaries. Most cases of domestic violence are never reported to the police. According to former Attorney General Janet Reno: “Too many American women live in fear of the very people upon whom they depend for love and affection. Instead of providing refuge, the walls of many homes serve as prison bars.”

Thus far in 2019, our Department investigated 37 family disputes, and many of these investigations resulted in arrests. To be clear, not all of these incidents are classified as domestic violence. However, it is likely that the prevalence of domestic violence in our town is much higher than what is reported due to chronic underreporting by victims.

October is Domestic Violence awareness month, and it is crucial to bring more awareness about what domestic violence is and how it can be stopped:

What is Domestic Violence?

What Can You Do To Be Safe?