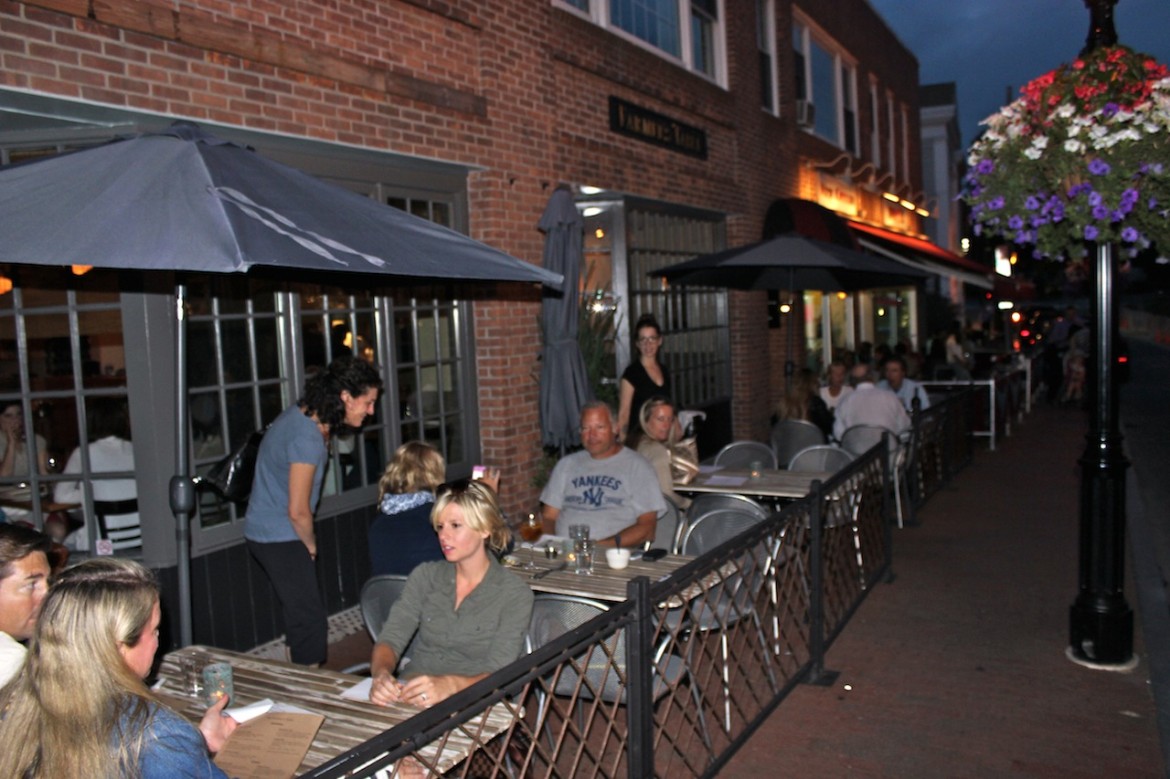 Saying it could set a bad precedent, town officials this week declined to approve a request to close Forest Street on a Sunday next month for a street fair with live music, games and activities such as face-painting.

Though proposed with good intentions, as a way to bring the community together and showcase an area that’s not always featured in other downtown events, the street fair is not insured, has no sponsoring organization and isn’t designed to raise funds for a charitable cause, members of the Police Commission said.

“To be honest, I do not like the precedent of closing a street for private use,” Commission Chairman Sperry DeCew said during Wednesday night’s regular meeting, held at the New Canaan Police Department.

“There is no overriding Chamber of Commerce approval or anything else. This is really to close a street so we can enhance business, and I think that is a dangerous precedent.”

DeCew and Commissioners Paul Foley and Jim McLaughlin voted 3-0 to table the item to a future meeting.

Those proposing the event, Jay Luther and Rachel Lampen from Gates, said their thinking was that Forest Street is closed in July for the Sidewalk Sale, and is to be closed to vehicular traffic on Sunday, Sept. 15 for much of the day for a Young Women’s League block party/sit-down dinner event. The street fair spotlighting local businesses there could be an August closure of the street that brings New Canaan together downtown in a fun way, and at a time when the business district is typically very quiet, they said.

Chamber Executive Director Tucker Murphy, a guest at the meeting, said she herself supported the event and that the only reason the full Chamber organization hadn’t thrown its support behind it was because her board hadn’t had a chance to vote on it.

“This is something we absolutely would support given that it complies with all rules, the street lends itself to this the of activity,” Murphy said. “I understand apprehension, but that is where good ideas start.”

Luther said the major motivation for the event was to do something that would be good for New Canaan. Lampen said the businesses on the block are “all for it.” Murphy said residents of that stretch of Forest Street—such as at the Heritage Square condominiums—have been approached and signed off on the closure. (Just as with Sidewalk Sales and the Young Women’s League dinner, police will be stationed at Locust Avenue and Forest Street to allow for two-way traffic temporarily on that end of the street.)

DeCew said those organizing the event could come back for approval once the items that the Commission requested were in hand, though the appointed body isn’t meeting in August, so it may need to be recast as an Octoberfest or something similar, or else wait for next summer.