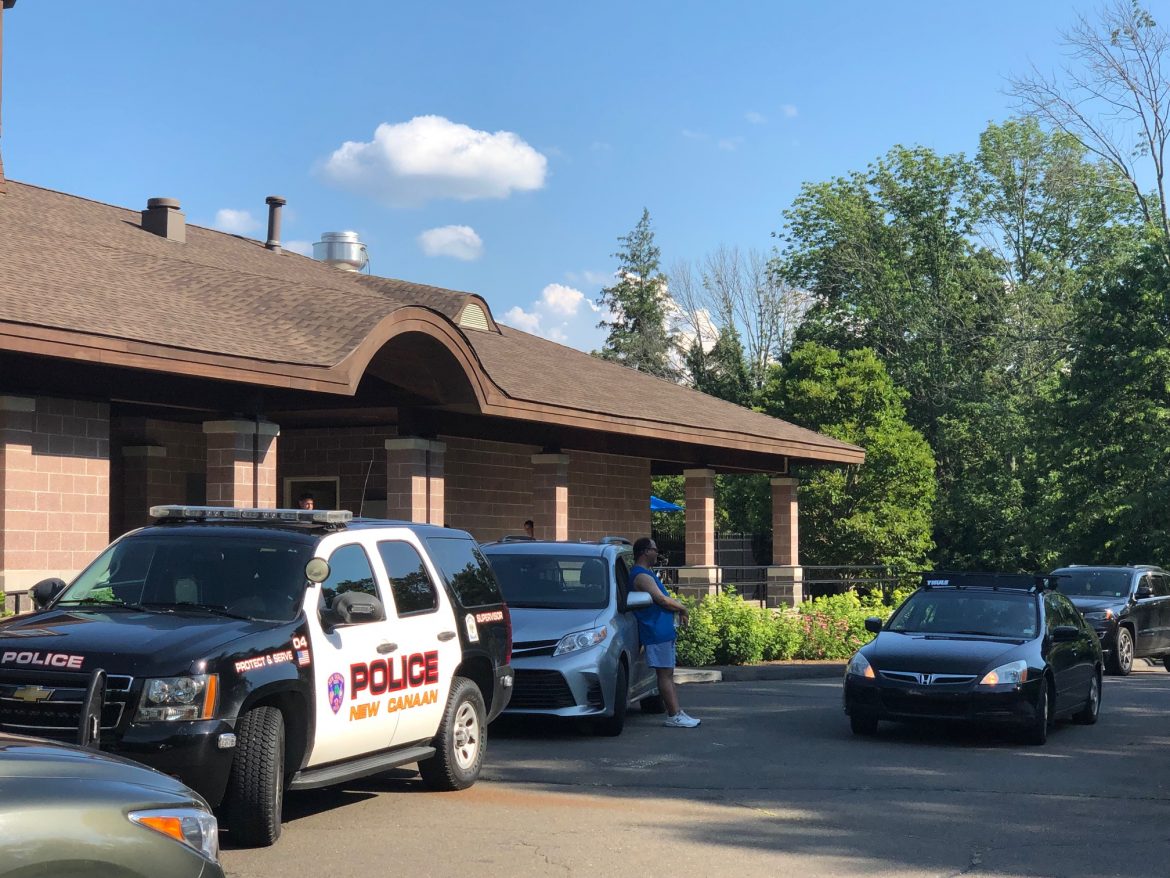 The scene at Waveny Pool on July 21. Photo: Lars Andersson

Police on Sunday afternoon arrested a 62-year-old New Canaan man for slapping a woman who was smoking a cigarette in a designated area outside Waveny Pool.

At about 4:30 p.m. on July 21, officers were dispatched to the parking lot at the town-owned facility on a report of a Jelliff Mill Road man who had slapped a woman in the face, police said.

Investigating officers determined that the man approached the woman as she stood outside the pool in a designated smoking area, according to a police report. He yelled that she shouldn’t be smoking around children and “she should be considerate of the environment,” the report said.

He then struck her in the left cheek, it said.

Police charged him with second-degree breach peace, a misdemeanor.

He was released after promising to appear July 29 in state Superior Court in Norwalk.

3 thoughts on “Police: New Canaan Man Yells at Woman About Smoking Cigarette, Slaps Her, Gets Arrested”