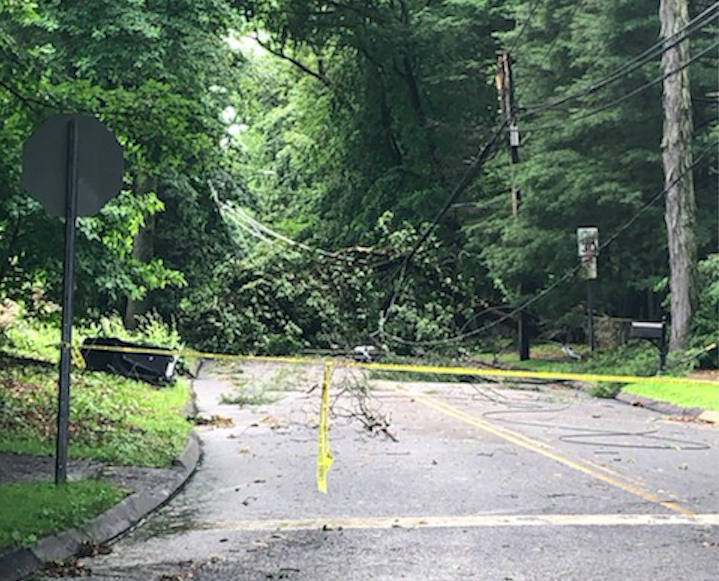 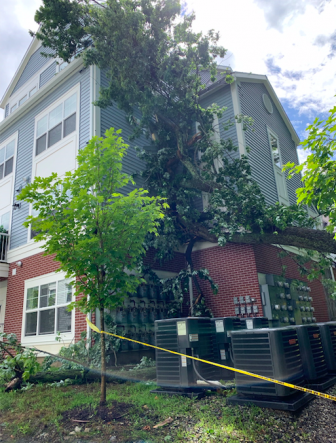 Evesource reported 170 outages as of 3:55 p.m., about one hour after the high wind weather system hit New Canaan. The National Weather Service warned that an “isolated strong to severe” thunderstorm could hit New Canaan with a cold frontal passage on Sunday afternoon.

“The main threats will be strong to damaging wind gusts and small hail,” according to the agency.

Emergency responders moved quickly following the storm, which left a trail of fallen tree limbs, and in some cases entire trees, damaging homes and pulling down power lines. 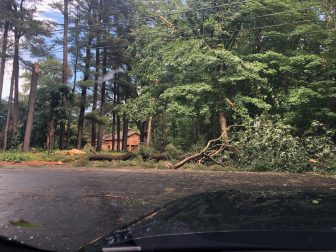 Firefighters responded to Millport Apartments on a hazardous condition call at  2:57 p.m., in the wake of the storm. There, they found that a tree had fallen into the apartment complex, affecting two homes within, officials said.

They also responded to reports of downed wires on Carter Street and elsewhere, closing off streets to keep people safe as residents shared photos of their streets and neighborhoods on social media, showing downed trees and limbs, and damaged property, from Irwin Park all the way across the east side of town.

One thought on “Powerful Storm Takes Down Trees, Knocks Out Power in New Canaan Sunday Afternoon”