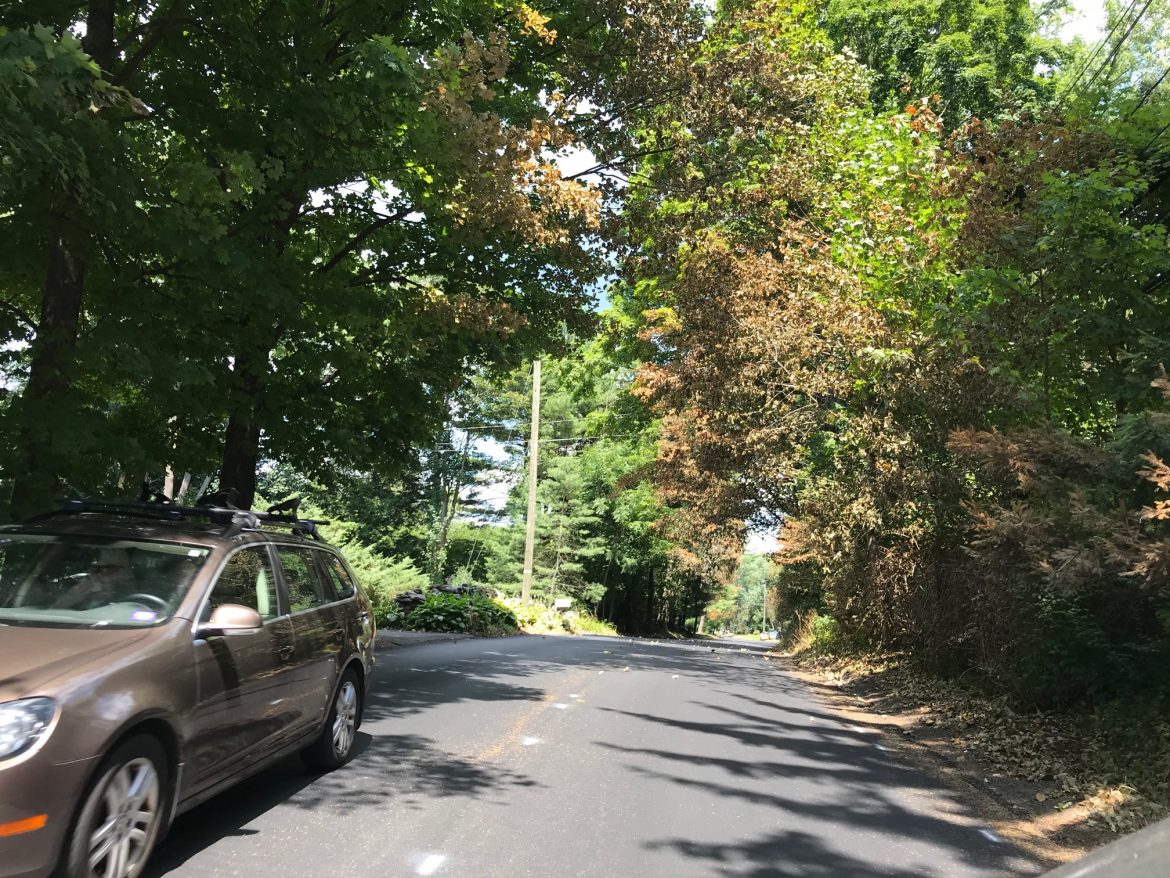 The “browning” of trees lining and overhanging sections of Weed Street repaved last week is the result of an asphalt recycling process and isn’t caused by any new type of material, officials say. 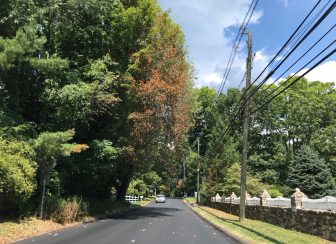 The town has received complaints about the effect, though in fact it’s the result of a “green” technique for asphalt replacement, according to Public Works Director Tiger Mann.

Asked about the phenomenon, Mann said “hot-in-place” asphalt recoiling has led to the dehydration of leaves on trees along the roadway.

“It puts them into a state of early dormancy, like late fall,” Mann said.

“It does not kill them, by any stretch,” he added. “They’re just dehydrated because it’s so hot.”

In the hot-in-place method, heavy equipment traverses an existing road, heating it up, milling it, scraping it up and pulling the material into a “pug mill,” then adding a rejuvenating agent and paving the very same asphalt out the backside of the large vehicle.

The energy- and cost-saving technique first was used in New Canaan on Carter Street four summers ago. 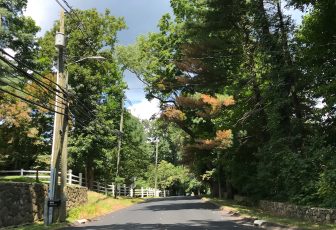 Sections of Weed Street that had not been paved in the past were done last week, along with upper Valley Road from Benedict Hill Road to North Wilton Road, Mann said. No more hot-in-place work is scheduled for this summer, though the town may look at Ponus Ridge between Davenport Ridge Road and West School if the natural gas line goes in, he said.

Areas of significant tree canopy such as on Weed Street likely should be opened up because the canopy is excessive where it doesn’t allow sunlight and that causes freezing in the winter, Mann said, which damages the pavement.