The man charged May 25 with attempted murder, assault and kidnapping in a disturbing Valley Road incident in broad daylight is now scheduled to appear in state Superior Court on Sept. 2. Mynor Romeo Alvarado-Canahui, 31, of Norwalk, has not yet pleaded and doesn’t have a lawyer, according to Connecticut Judicial Branch records. 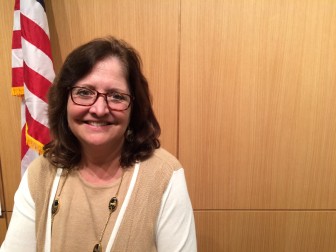 The New Canaan Democratic Town Committee has nominated Kathleen Corbet to replace Kit Devereaux, who submitted her resignation from the Board of Selectmen, according to DTC Chair Christina Fagerstal. Devereaux will retire from elected office Aug. 12. Corbet had served on the Town Council from 2013 to 2017, Fagerstal said. “She has distinguished and extensive corporate experience in the financial sector and has held non-profit leadership roles including at the New Canaan Community Foundation and at Waveny LifeCare Network as its current chairman,” she said.

New Canaan as of Monday had 195 confirmed cases of COVID-19 virus and three probable cases, according to the Connecticut Department of Public Health. The figure is up five from the prior week, records show. 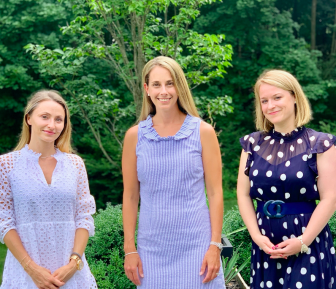 Bankwell will provide free on-site shredding services at its 208 Elm St. branch from 9 a.m. to 12 p.m. on Saturday, Sept. 5. “The Bank encourages residents of the community to take the opportunity to securely dispose of old credit cards, passports, bills, invoices, checks, statements or other personal papers,” organizers said in a press release. “The bank requests that each individual limit their items to three square boxes. Staff with proper protective equipment will be on hand to help unload boxes from your car and carry them to the shredder. There is no need to get out of your car.” 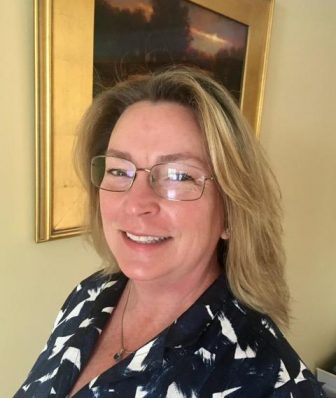 Finally, congratulations to town resident Jeannine Egdorf Phelan on joining the Board of Impact Fairfield County. The women’s giving circle just completed a round of grantmaking and in five years has invested more than $1 million in local nonprofits. Grant winners include All Our Kin, Career Resources Inc. and Building One Community. In a press release, Phelan said, “Impact FFC has provided me the opportunity to become an agent of change in my community with just a small contribution of time and money.”