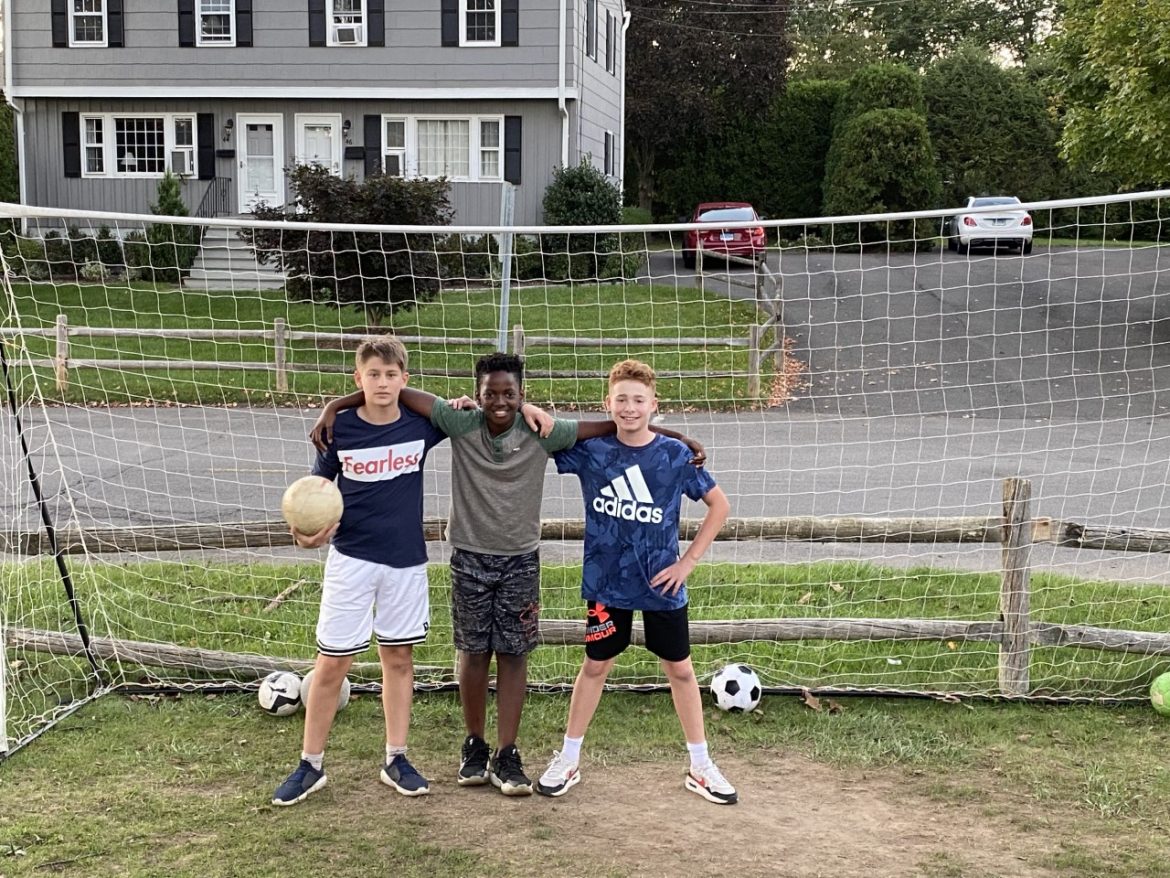 Yolanda Gjuraj said her son was the first to discover the full-size soccer goal left on a patch of grass out front of her family’s Cross Street home.

It was the morning of Sept. 11, and he’d just come home from a walkthrough football practice.

Several of the kids in the neighborhood play soccer on the residential street that runs between Cherry and Summer just off the eastern edge of downtown New Canaan, according to Gjuraj.

“Someone must’ve noticed the boys playing soccer as they always do and was kind enough to bring this goal to our home for the neighborhood kids to play,” she told NewCanaanite.com in an email.

“We were hoping that whoever brought it would’ve come by to let us know, but as of yet it still remains a mystery,” she said. “We asked our daughter if she saw someone drop it off as I was doing laundry during that time while my husband and son were at football, and our daughter described a ‘man with an orange shirt’ who apparently attached wheels to a bungee cord and wheeled it over. The kids are very appreciative.”

Gjuraj said the “boys from Cross Street” are deeply grateful to their anonymous donor and that the soccer goal is getting good use in the neighborhood.

“They are enjoying it,” she said.

6 thoughts on “Quiet Heroes of New Canaan: ‘Man with an Orange Shirt’”