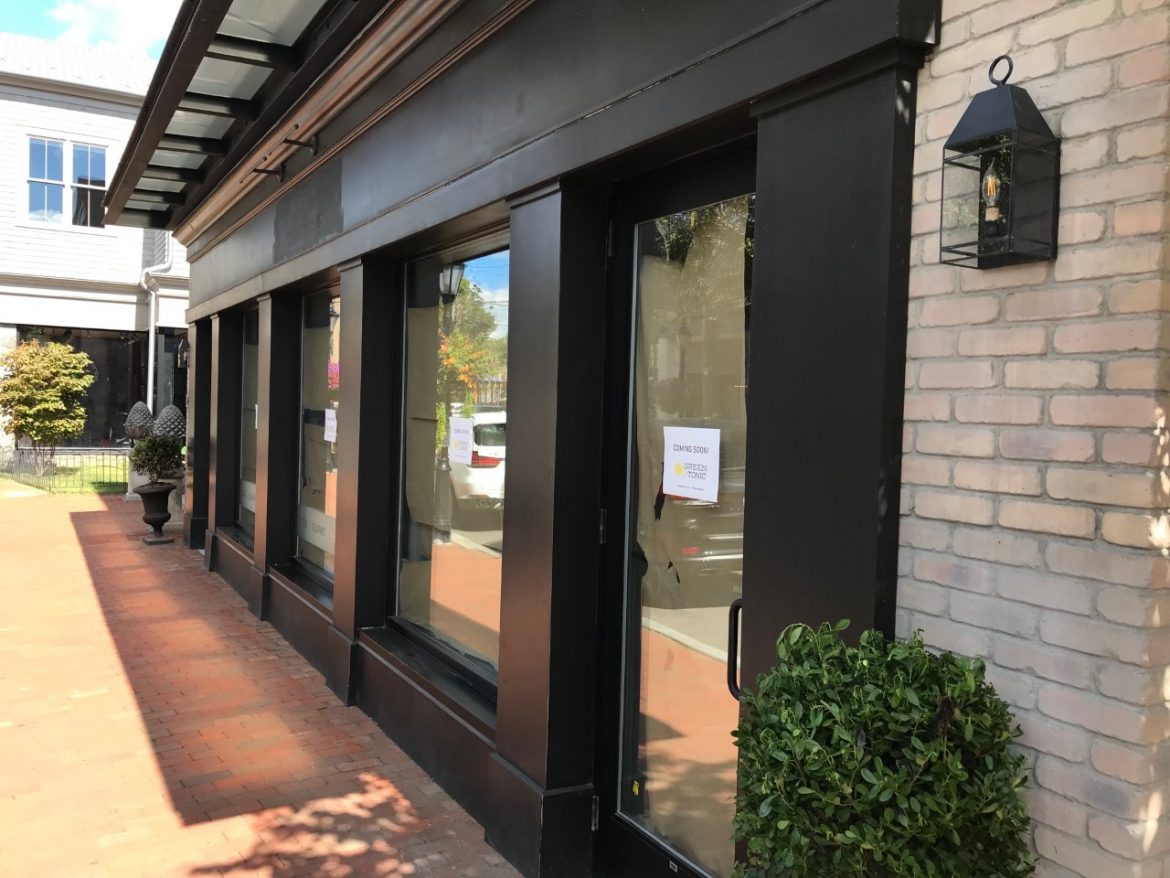 A plant-based foods provider that used to operate on Burtis Avenue is planning to open a new location on Forest Street.

Green & Tonic plans to launch a store at 21 Forest St., according to its website and a sign in the window of the commercial space, formerly Embody Gourmet Fitness.

Reached by NewCanaanite.com, a spokesperson for the company said there’s no firm opening date yet.

According to a building permit issued by the town last month, about $18,000 is going into an interior fit-out of the commercial space, including lighting and carpentry work, and installation of a display case and sliding glass windows in the kitchen.

Darien-founded Green & Tonic had launched a store in 2014 on Burtis Avenue, and closed that location last year.

Green & Tonic offers a “healthy option for those seeking balance and harmony via food,” according to the company’s website.

“The concept was rooted in plant-based food (before plant-based diets were trendy!) exploring the techniques and flavors that make good-for-you foods delicious, inviting, and accessible,” the website said.

Another local food provider, Baldanza’s, had hoped to open in the commercial space on Forest Street, but plans fell through following an issue with the Heritage Square condo association there which voiced concerns about the restaurant’s exhaust hood, officials have said.