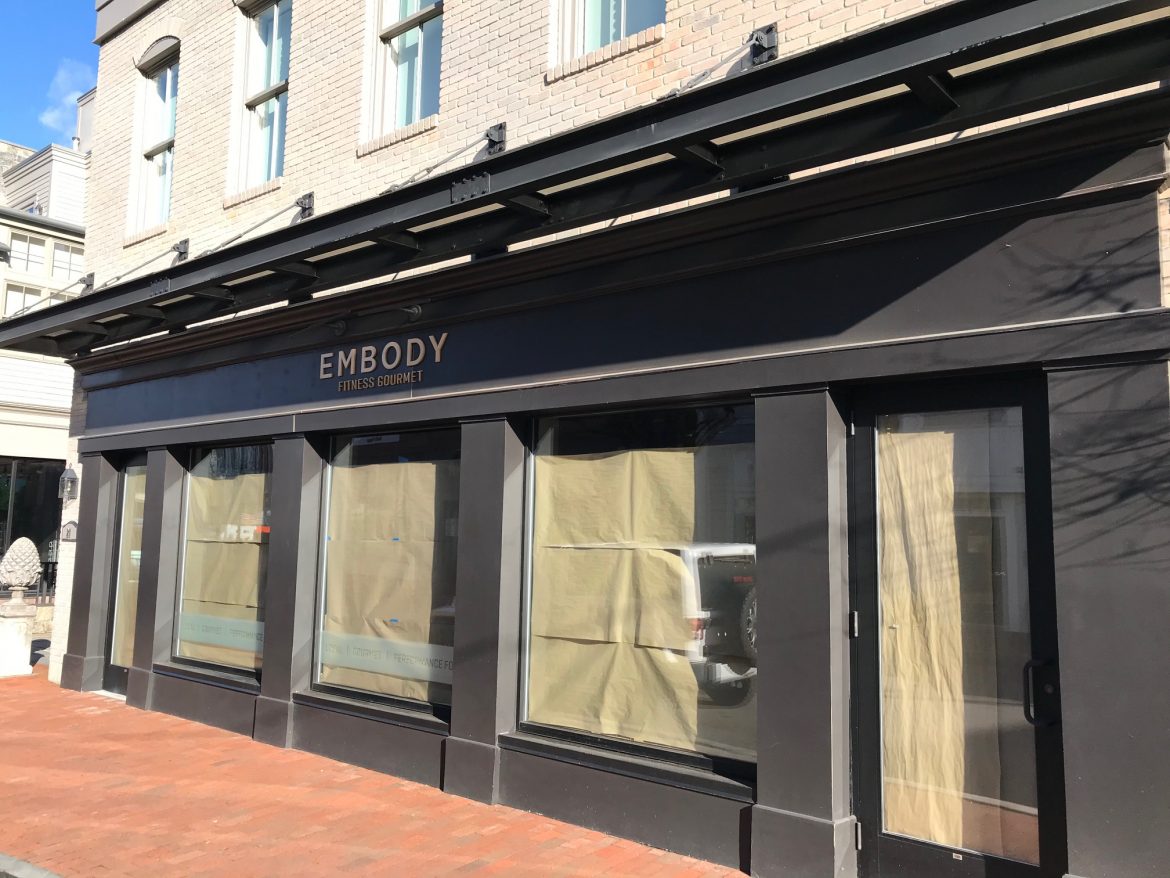 A sign in a vacant storefront window on Forest Street promoting the return of a popular longtime restaurant has been removed.

“I am not sure that’s going to happen or not,” Fire Marshal Paul Payne said during the Commission’s Jan. 12 meeting, held via videoconference.

“I will do my best to speak with Mr. Baldanza and find out what is going on there,” he said.

The Baldanzas could not immediately be reached for comment.

The fire marshal’s remarks came during a general update to the Commission.

The commercial space on Forest Street where Baldanza Café had been promoting a return to New Canaan is located in the Heritage Square condominium development.

Baldanza has struggled to gain support from the condo association for its planned exhaust hood, Payne said. It’s used for drawing out airborne grease, smoke, steam and other particles from commercial kitchens. (Embody, which closed one year ago, had a less involved food menu and different cooking needs.)

Originally located at 17 Elm St. (now a Mexican restaurant), at the end of the alley near Main, Baldanaza two years ago moved to 129 Elm St., then closed last April. Baldanza’s owners said at the time that they were working on reopening here in a different space, and kept their Darien location open.

Baldanza in 2017 had entered into a partnership to operate the Bedford Post Inn in Bedford, N.Y. and revised the menu there, but left after a short stint.

Last month, Samuel Baldanza filed papers in state Superior Court denying that his company—Baldanza on Elm LLC, whose address in state records is listed as 17 Elm St.—owes about $72,000 in unpaid wages to employees of the Bedford restaurant. The company is named as defendant in a lawsuit filed in November by the State of the Connecticut Commission of Labor. The state is seeking double damages—about $144,000—according to the complaint. According to Samuel Baldanza’s answer to the suit, the person responsible for “all outstanding Baldanza on Elm LLC tax and labor claims” is a business partner in the venture who “fraudulently removed all working capital of $175,000 from the checking account of Baldanza on Elm LLC by wire transfer.”