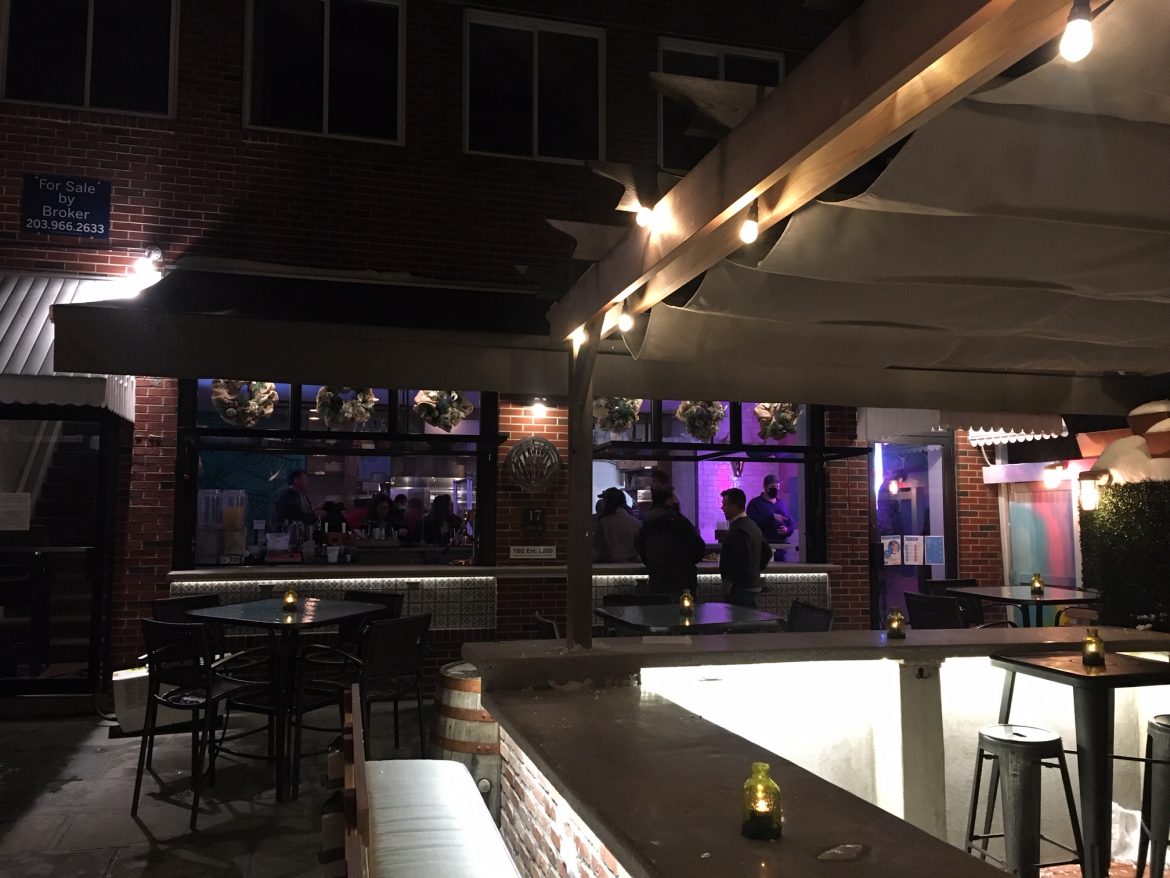 The Back End is located at 17 Elm St. in New Canaan, up the alley behind SE Uncorked. Photo published with permission from its owner

The town on Dec. 1 issued a Certificate of Occupancy for a new restaurant located at the back of the alley near SE Uncorked on Elm Street. 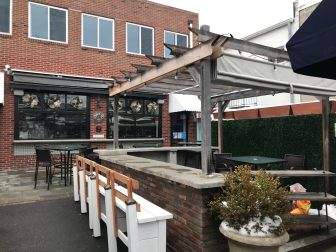 The Back End is located at 17 Elm St. in New Canaan. Credit: Michael Dinan

Identified as “Tacos & Tequila” on building permit documents filed with the town, the new restaurant at 17 Elm St. is doing business as “The Back End,” according to Nick Martschenko, chef and owner.

It includes a nine-stool bar with a separate counter and bench areas inside, plans show.

Asked about the new venture, he said The Back End is open seven days per week and will start serving lunch Wednesday.

“It’s a Mexican restaurant with an elevated Mexican menu,” Martschenko said in an email responding to NewCanaanite.com‘s inquiry.  The Back End “carries the theme of a high-end fast casual concept like Uncorked,”  he said.

The new restaurant appears to be about one year coming.

An initial building permit application for an estimated $85,000 of remodeling came into the town Jan. 9 and was issued April 16. Additional permits for a kitchen hood, fire suppression, plumbing, electrical work and propane gas followed throughout the year. Plans were drawn up by Peterson Engineering Group LLC of Norwalk.

The Back End is the latest in a string of businesses that have opened on Elm Street. Patisserie Salzburg opened in next door in October, while the Adirondack Store, which includes a café, opened at number 39 in August and CBD New Canaan opened at South and Elm in July. Chef Luis has reopened in its original space at the other end of Elm Street, near Park Street,  while the popular White Buffalo bar and restaurant, located down the alley by Chef Luis and within steps of the train station, opened last year in April.