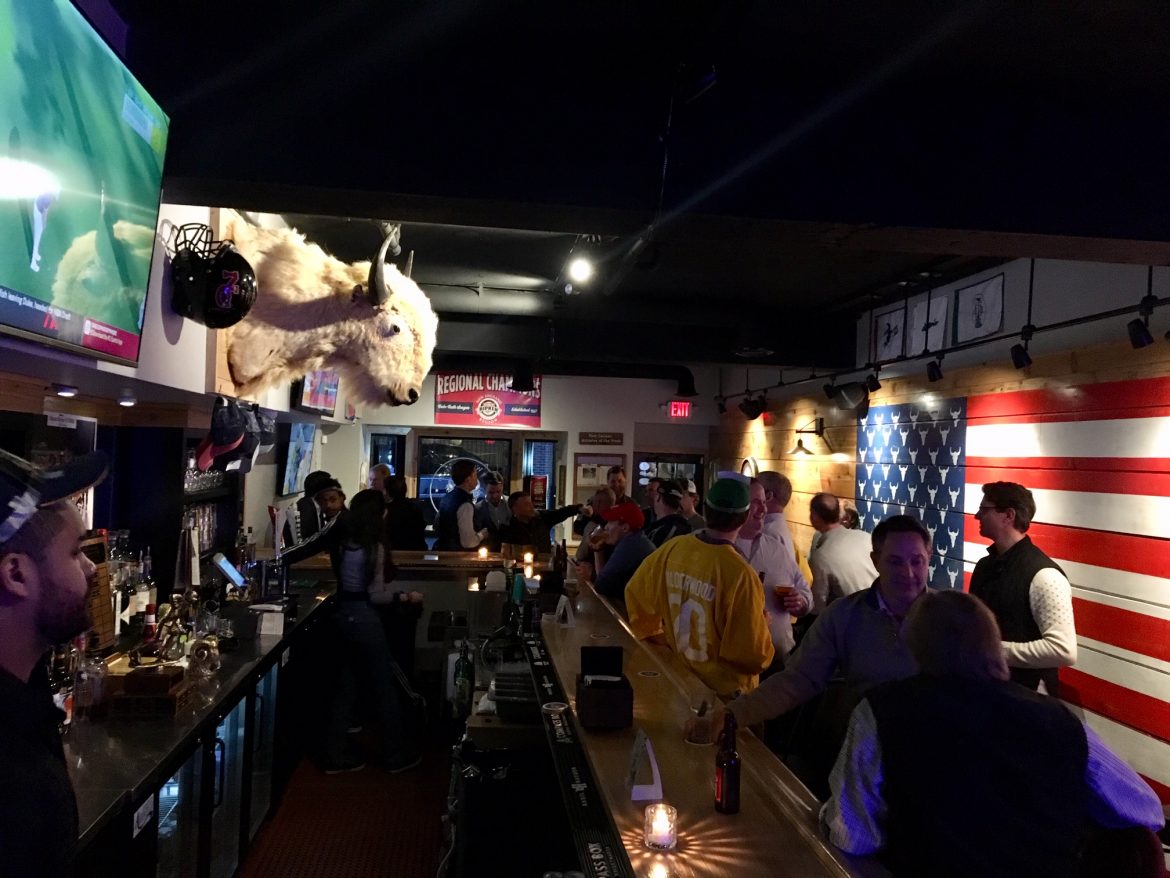 White Buffalo, a bar and restaurant that three town men opened last month down “the alley” at the top of Elm Street, is developing a strong following among locals during its early-going. 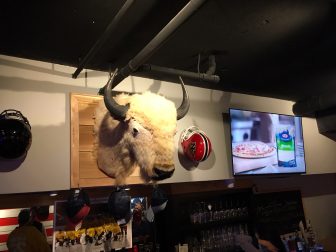 Approved by the Planning & Zoning Commission last fall for its new restaurant use of a commercial space that had been used in the past for retail and music lessons, White Buffalo includes a 13-stool bar and rows of two-person tables that bring the total seating to about 40 people.

“We source our weiners from a Hungarian butcher in Fairfield who started in the business in the 1950s,” said Dave Tonkovich, a 1993 graduate of New Canaan High School who opened ‘White Buff’ with classmate Dom Valente and Doug Harris. “We pick up fresh hot dogs from him every few days.” 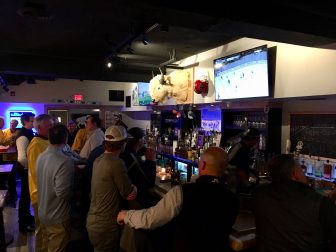 Tonkovich added: “Also a side note, we don’t call it a ‘menu’—we call it ‘legislative requirements.’ ”

“We’re interested in adding a few custom hot dogs to our offering,” he said. “We also want to support youth sports, so we’d like to propose a sweepstakes: The first little league baseball player to hit a home run out of Mellick Field during a house league game will have a hot dog named after them for a week at the White Buffalo.”

A recent weeknight at “the Buff” saw a predominantly male crowd of professionals, many of them locals, with some in softball uniforms, gathering around the bar while the Masters played on flatscreen TVs. 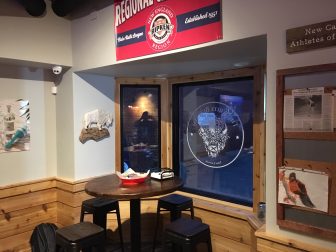 “Our clientele is thirsty for great drinks, a good bite and maybe a little play,” he said.

Asked what are the most popular drinks, Tonkovich said, “The people champions for draft beers and vodka are unanimous at this point—we sell quite a bit of Coors Light and Tito’s.”

He added: “That said, we serve a handful of drinks with local connections that are doing extremely well. For tequila, Casamigos is a fan favorite. Adam Rosen, town resident and senior vice president at Casamigos, has been a big supporter of the brand locally, and it shows in popularity at the Buff.”

Tonkovich added that Ommegang sells especially well among craft beers, and that its president is Doug Campbell, a New Canaan native and fellow NCHS ’93 grad.

“Also, we recently added Devil’s Purse to our draft stable,” he said. “With local connectivity through Greg Hickey early indications are Devil’s Purse will be a big winner at the Buff.”