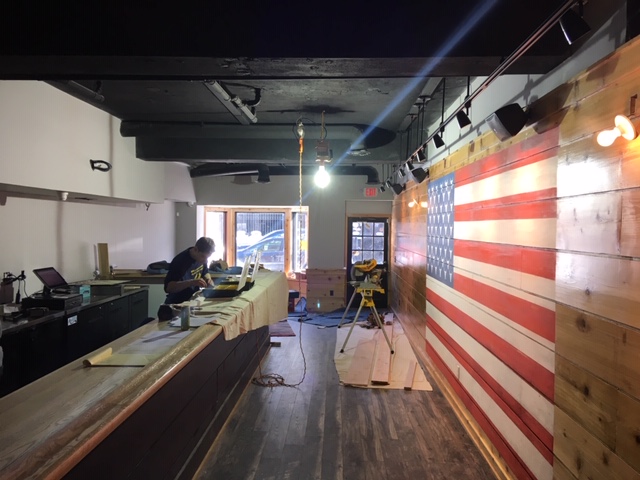 The New Canaan owners of a hot dog-themed restaurant downtown say they’re gearing up for official opening next week. 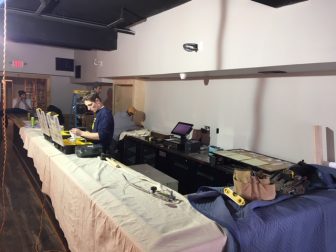 With final town approvals, White Buffalo, to be located down the “alley” at the top of Elm Street, will open March 15 following a soft-launch, according to Dom Valente, who co-owns the new business with New Canaanites Doug Harris and Dave Tonkovich.

“We are excited about it,” Valente told NewCanaanite.com. “We have people coming in all the time, popping their heads in and they’re psyched about the whole atmosphere of it.” 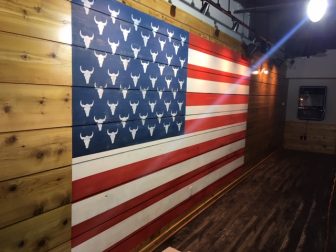 Asked about menu and beer items planned for White Buffalo, Harris said that in addition to fresh-made, low-fat hot dogs from an area butcher, the eatery will offer a short list of sandwiches and bar snacks such as wings, quesadillas, chili and hot German pretzels.

“We don’t want to do too many things, we want to do a small number of things well,” Harris said.

White Buffalo additionally will offer eight beers on tap, including Coors Light, Stella Artois and six microbrews that are local to New England, he said. 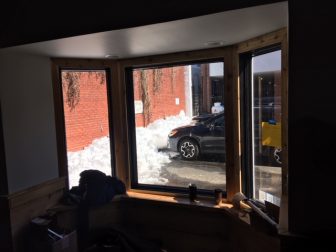 The ownership trio is “giddy” that their work in creating the restaurant is finally nearing the milestone of opening it, he said.

Harris added, “I think anything that brings people into downtown New Canaan, whether it’s a bite to eat or a beer or to watch TV or go shopping, it all has a positive impact.”

Tonkovich, who took the lead in presenting plans for White Buffalo to the Planning & Zoning Commission in September, said he is eager to be known as “the sausage king of New Canaan.” 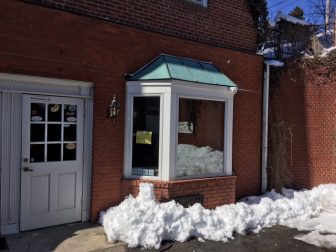 “We hope to see New Canaanites ‘in the Buff,’ “ Tonkovich added.

Asked where the name ‘White Buffalo’ came from, Tonkovich was evasive, saying only, “In native American folklore, the birth of a white buffalo is sign of good times ahead.”

Valente said White Buffalo is designed to fill a niche in town.

“People my age, with little kids are not going to spend $500 to bring a family of six out to eat,” the 1993 New Canaan High School graduate said. “Now you have an option where you can go if you’re leaving basketball or a sporting event. A place to go grab a hot dog and soda or a grilled chicken sandwich. We feel like there’s a need for this in downtown New Canaan and we’re excited about it.”

2 thoughts on “Owners: ’White Buffalo’ Restaurant and Bar To Open Next Week on Elm Street”