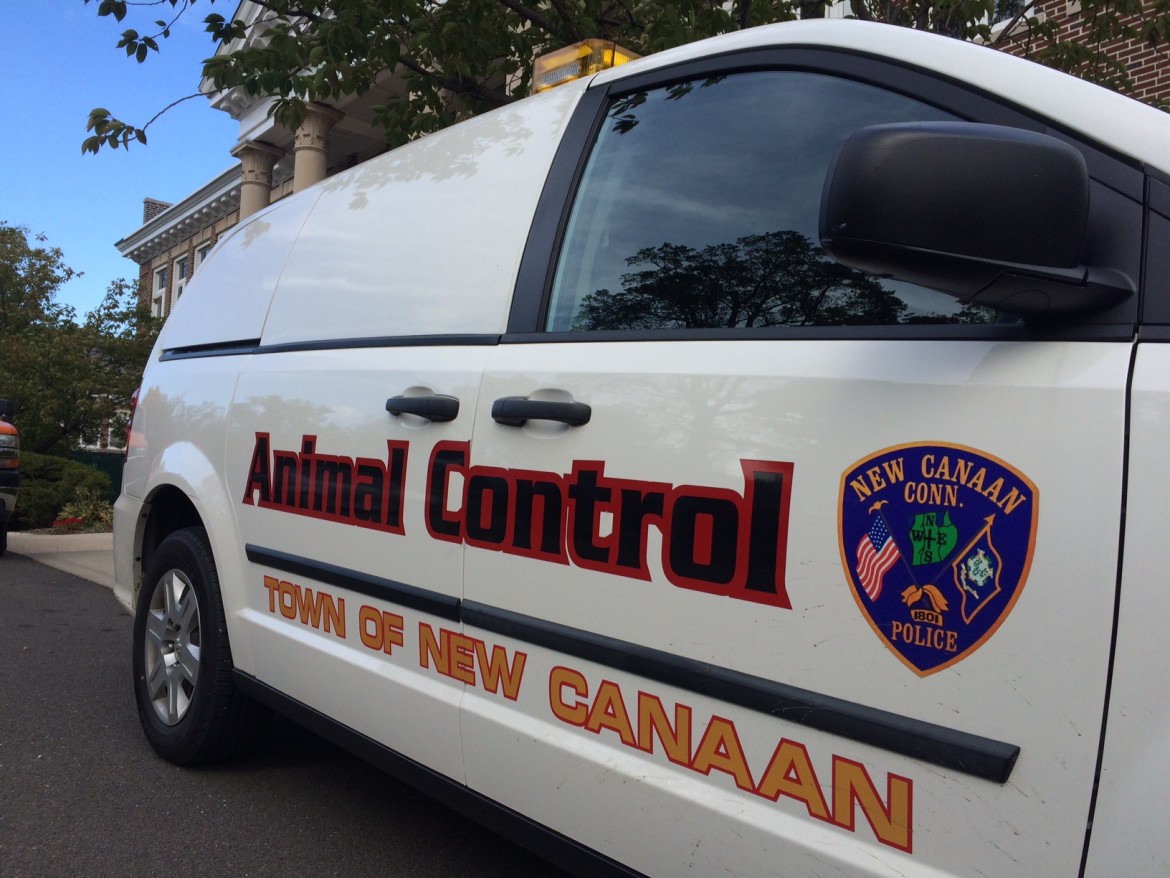 Here’s a roundup of recent activity of the Animal Control section of the New Canaan Police Department.

Animal Control issued a verbal warning to a Norwalk woman who had been letting two Akitas off-leash at the fenced-in tennis courts at New Canaan High School. The first complaint about it came in Feb. 4, according to Officer Allyson Halm, head of Animal Control. A member of Spencer’s Run, the woman agreed to take the large-breed dogs there after receiving the warning. Yet on Feb. 22, a complaint came in from a different Spencer’s Run user about a pair of aggressive Akitas. Tempers flared during a noisy interaction involving the animals at the dog run’s entrance gate, Halm said. No one was injured, and the Norwalk woman has been warned to be as reasonable and careful as possible in using Spencer’s Run.

A St. John Place woman told Animal Control that a fox appears to have made its home in a shed out back of a neighbor’s house and has been crossing her own yard daily. The woman is worried, in part, because she has small dogs. The property in question includes an unoccupied home, and Halm said she’s concerned that the fox is setting up a den in order to mate and have pups there. Halm said she’s put a co-existence and hazing plan in place “to convince the fox not to cut through her yard on a daily basis.”

Four brown bats captured after finding their ways into bedrooms in New Canaan homes in February were tested in a state lab for rabies and came back negative, Halm said. The bats were found in homes on Willowbrook Lane (Feb. 18), Knollwood Lane (Feb. 19), Turner Mill Lane (Feb. 14) and Leslie Lane (Feb. 5).

Four bats all February, brown bats, all different locations of town and all negative for rabies. Sleeping quarters. Captured by NWCOs or residents or AC. Domestic? Probably. Have to go through each one. Willowbrook Lane (Feb. 18), Knollwood Lane (Feb. 19), Turner Mill Lane (Feb. 14) and Leslie Lane (Feb. 5).