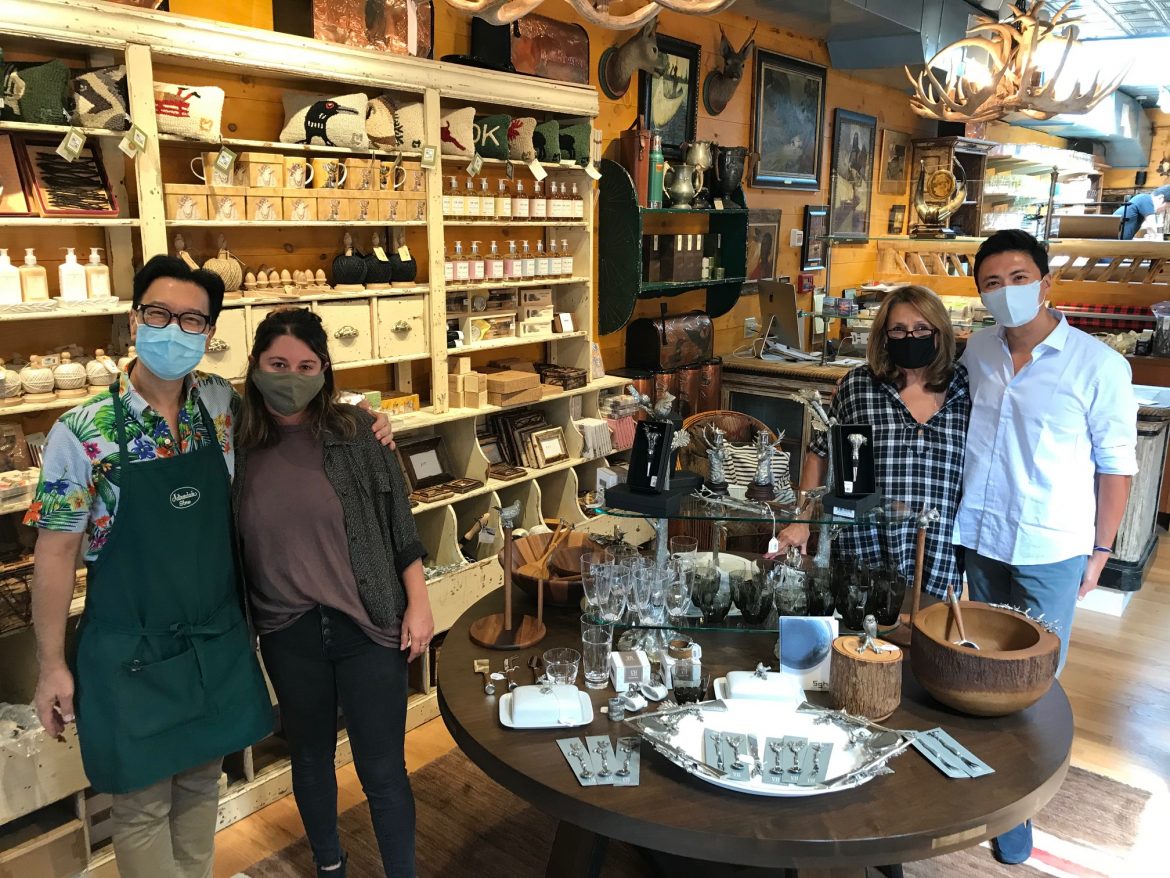 One of New Canaan’s longstanding and beloved retail shops has reopened in the heart of the downtown. 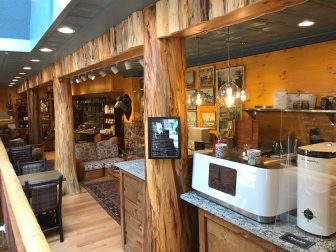 The Adirondack Store had closed its New Canaan location after a successful 15-year run, and following a Grand Opening weekend is now open 10 a.m. to 6 p.m. Monday through Saturday in a newly renovated space.

“We are excited to be back,” Rahul Saito told NewCanaanite.com Monday morning from the street-level of the shop at 39 Elm St.

“People have been just wonderful,” he said. “The community has embraced us and missed us, actually, which has been great to hear.” 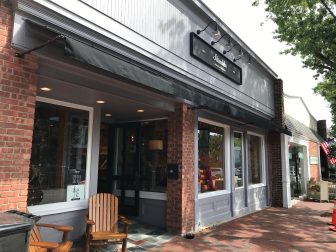 First opened in Lake Placid, N.Y. in 1955, the Adirondack Store had a New Canaan location from 1995 to 2009, when it closed due to differences with its landlord at the time, officials have said.

The new store occupies the two-level former Family Britches space (that shop is now on Main Street) and includes a café in addition to the Adirondack Store’s signature range of gifts, glassware, pillows and home decor items. 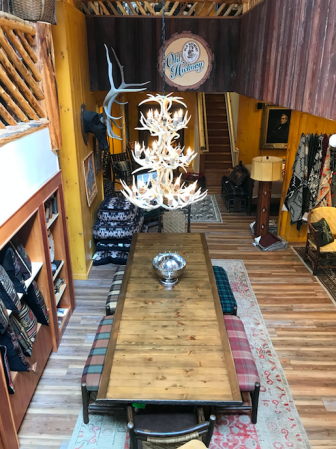 Asked what brought him and Stephen Shin back, Saito said, “I think that a lot of the people who have homes in the surrounding area have second or third homes up in Lake Placid, so the connection didn’t really leave at all, ever. So we were feeling it was time to come back down and reach out to all our old friends, and make new ones, too. It’s a very special thing that happens on Elm and Main. These streets are really great shopping streets. It’s a great walk into town. You see people walking their dogs, with children out. It’s a great community. Wonderful community.”

Laura Budd, who is taking over as executive director of the New Canaan Chamber of Commerce, said Saito and Shin have been actively engaged in the Chamber since signing a lease on the new space.

“We are so excited that the Adirondack Store is finally able to open the space looks amazing and the product mix is unique so we know the store will draw shoppers from all over the tri-state area,” she said. “The store is an excellent addition to Elm Street and we look forward to working with the team for many years to come.”

One thought on “‘It’s a Great Community’: Adirondack Store Opens on Elm Street”