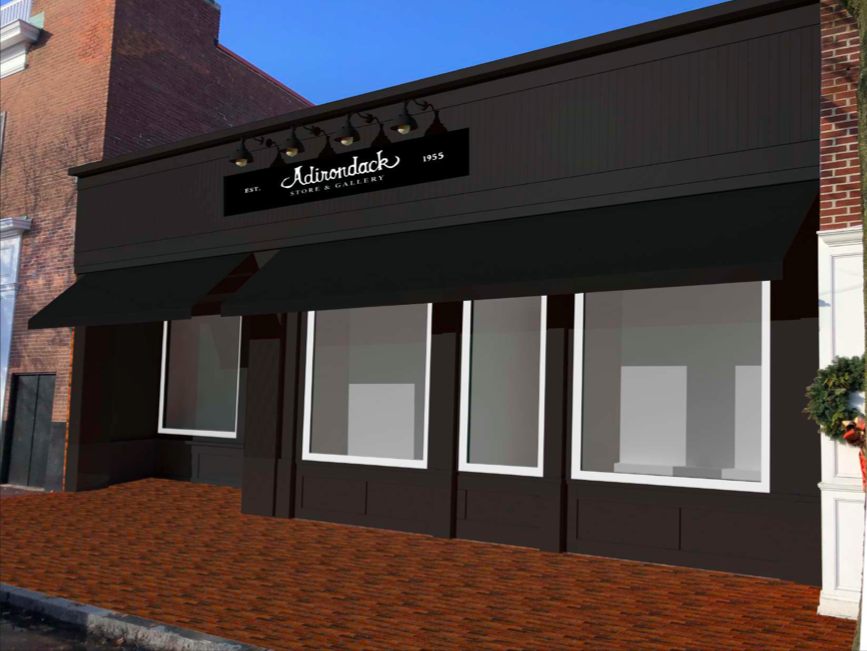 A Lake Placid, N.Y.-based retailer whose offerings include a range of gifts, glassware, pillows and home decor items is planning to occupy a prominent commercial space on Elm Street that’s been vacant since April 2018.

The Adirondack Store & Gallery has filed plans for its exterior renovation at 39 Em St. with Planning & Zoning. 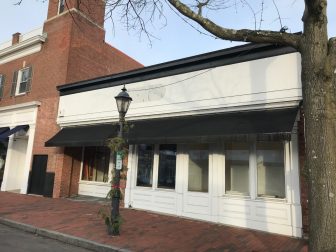 “The Adirondack Store was in New Canaan from 1995 to 2009 and closed that location due to differences with the landlord,” according to a narrative submitted with the plans. “They are looking forward to reopening in New Canaan.”

The two-level store had been occupied for about 40 years by Family Britches, which moved to Main Street. Before that a restaurant, notably the iconic Pierre’s or “Izzy’s Place,” as it commonly was known, operated there from 1944 to 1976.

New Canaan will be The Adirondack Store’s third location. It isn’t clear just when the Elm Street store will open. The owners could not immediately be reached for comment.

It first opened in upstate New York in 1955 and celebrates “the spirit of the great north woods with the finest gifts, home accessories and furniture in the rustic but elegant Adirondack style,” the application said.

“The store carries antiques to tabletop and wedding registry, fine bedding and furniture, and a full interior Design Studio. This country store evokes the essence of the North Woods in its extensive collection of traditional rustic furniture and home accessories.”

“To fit the look and feel of the store, minor alterations need to be made to the exterior,” the narrative said. “The exposed brickwork would be wrapped with wood to match the existing storefront. The center and right double storefront windows would be replaced with a single sized window, as to match the window on the left. The opening will remain the same size, just the configuration of the glass will be changed.”

It continued: “The entrance to the store currently has blue stone slate which is extremely slippery in wet and winter conditions. This would be replaced with the same pavers used in the sidewalk so it would be continuous to the store entrance. The entire exterior would be painted in black and the trim around the windows in white to match the store’s other locations. The sign would also be black with white letters. There will be four goose neck barn lights installed above the sign, like those found at the other storefronts on Elm Street in New Canaan. The existing canvas on the awning will be replaced with new black canvas.”

The store’s plans likely will be reviewed by P&Z at the Commission’s Jan. 28 meeting.

One thought on “‘The Adirondack Store’ To Open on Elm Street”