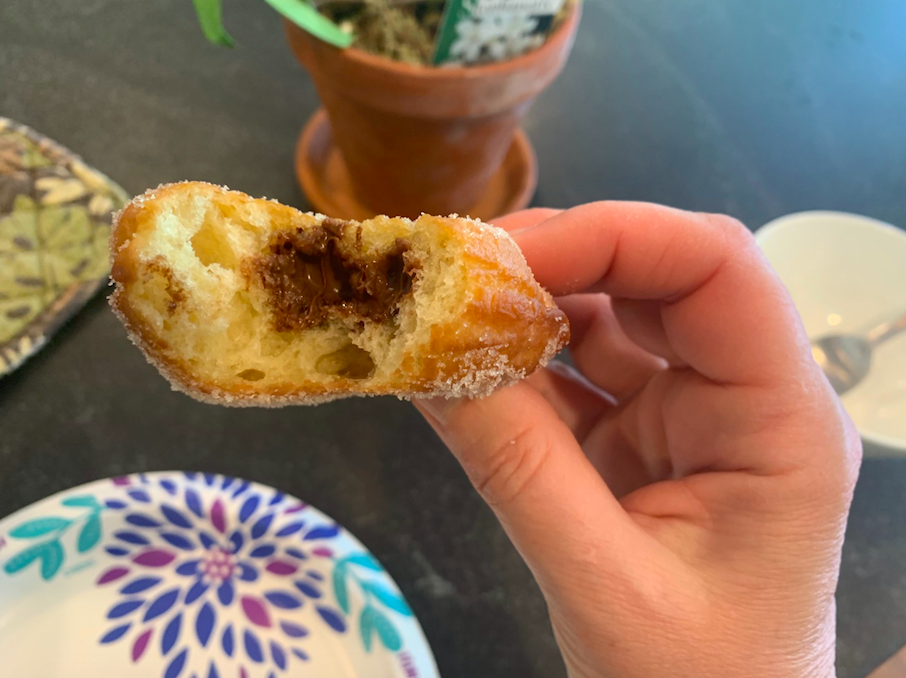 Thomas Shullman made this Bomboloni with Nutella. Photo courtesy of Nancy Shullman

New Canaan’s Jeannette Chen, herself an accomplished chef, learned about 11-year-old Thomas Shullman’s latest creation during a social-distance walk around Hoyt Farms on a recent afternoon.

Meeting former neighbor Nancy Shullman there, Chen discovered that Shullman’s youngest son had just finished making an Italian pastry stuffed with Nutella and was eager to share it.

“It was so sweet, because I know a lot of hard work went into that,” Chen said of the two bombolone she brought back home.

“They are a very generous family to begin with, and it [the bomoboloni] was amazing. We have five people here and it’s unbelievable that this kid is cooking up a storm during the quarantine. It is crazy. He’s making all sorts of things.” 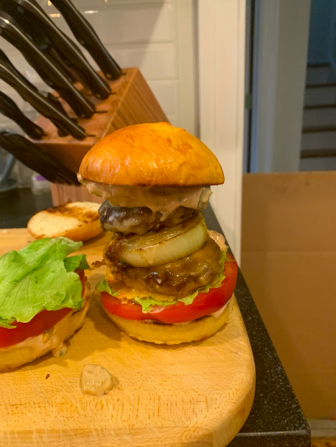 Thomas Shullman’s “In & Out Burger.” Photo courtesy of Nancy Shullman

An East School alumnus and rising seventh-grader at Saxe Middle School, Thomas has always loved to cook, according to his mom. As the restrictions that came with the COVID-19 public health emergency began to take hold, Shullman said, her husband asked the three kids at home to make a family meal one day per week. Thomas follows recipes that he learns from sources such as Joshua Weissman on YouTube, and he also improvises as needed, she said.

A baseball player, Thomas doesn’t play video games and doesn’t have a phone, according to Shullman.

He’s made cheesecakes, Disney grilled cheese, Popeye’s DIY chicken and the In-and-Out burger, and shared some of those creations with family friends, according to his mom.

Thomas also takes the responsibility of cooking food seriously and prefers to create from scratch—for example, he made his own brioche buns for the burgers, as well as his own mayo.

“He’s a little different,” she said. “Instead of French fries, he likes to do the truffle tries.”

At times, the recipes that Thomas follows call for ingredients more exotic than what can easily be found locally, Shullman said, such as on a recent night when he made chicken tikka masala and she couldn’t get a certain spice.

“I went to Acme,” she recalled. “It had what it had. I’m like, ‘They don’t have this at Acme.’ He can get upset. He’s very meticulous. But he looked it up and made what he needed himself, a combination of cumin and cinnamon. And the chicken was good. It was really good.”

[Editor’s Note: This is the second installment of a new “Quiet Heroes” series. We’re accepting nominations for it, see guidelines here.]