Richard Staba, 89, of New Canaan, CT, passed away peacefully at home on June 21, 2021 after a difficult battle with cancer. Richard was born to Veronica and Joseph Staba in Hoboken, NJ. After graduating high school, he went on to earn a Bachelor of Science from Rutgers University. His career began at First National City Bank (Citibank), where he was employed for 45-years, spending most of those years in Commercial Lending and Finance. He also spent a few years consulting for a family-owned commodity trading company. He was a member of the U.S. Army during the Korean War and was stationed in White Sands, New Mexico during his service. 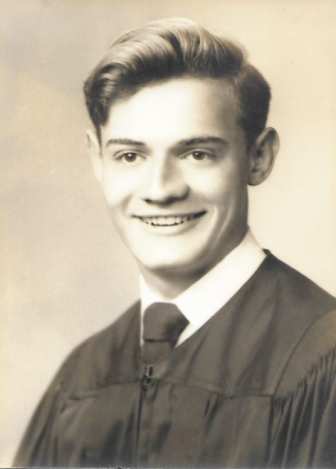 He met his wife Gloria in 1962, going on to have 3 children. He moved from New York to Connecticut where he lived with his wife and family for over 45 years. He was an avid bowler and league champion during his family years. After retirement, Richard spent time with family and friends, travelling, cooking, playing cards and going for walks. Throughout his life, he enjoyed singing, fixing things, NY Times crossword puzzles, the NY Mets, Barolo wine, and watching Jeopardy.

Richard is survived by his wife of 58 years, Gloria, his three children, Eileen Boyd (Neil), Mary Jane Hogan (Terry) and Richard Staba (Iren), his 6 grandchildren: Elizabeth, Sean, Amelia, AJ, Nathan and Anna, his two sisters Betty and Rita and his brother, Joseph, and their extended families.  In lieu of flowers, please consider a donation to the American Cancer Society.