Richard Suner Thomas, 75, a longtime resident of New Canaan, CT, passed away peacefully on January 19, 2021. Richard was born on February 5, 1945 in Mineola, New York to the late Charles Rafter and Irma Suner Thomas. He was the beloved husband to Marianne Gregory Thomas of New Canaan. 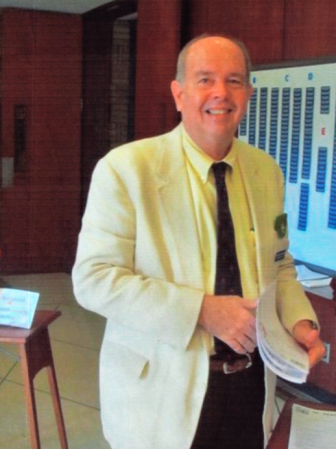 Richard graduated from New York University- Stern School of Business with an MBA. He also attended Pratt institute and graduated B. Arch a Bachelor of Architecture. He went on to become a partner with Perkins and Will from 1973 to 1984. Richard was the Office of Modernization Programs Director for the Presbyterian Hospital in New York City from 1984 to 1992.  He went on to become the Vice President of Modernization at the Hospital for Special Surgery from 1992 to 1996. From 1996 to 2002 he was partner at Lothrop Associates, LLP. After leaving there Richard became the Senior Director of Capital Planning for Weill Cornell Medical College until he retired July of 2014. From 1984 to 2020 at Columbia University Mailman School of Public Health, he was an Assistant Professor.

He also served on the board of the New Canaan Preservation Alliance Board as well as for AIA on The Center for Health Design. Richard was an educator as well for the Glass House Project here in New Canaan.

Richard is survived by his loving wife Marianne Thomas of New Canaan, a son Christopher (Pritha Mitra) Thomas of Washington, DC, his granddaughter Smita Mitra Thomas who he loved and adored and many friends.

A larger Memorial Service will be held at a later date for Richard due to the pandemic.

One thought on “Richard Suner Thomas, 75”