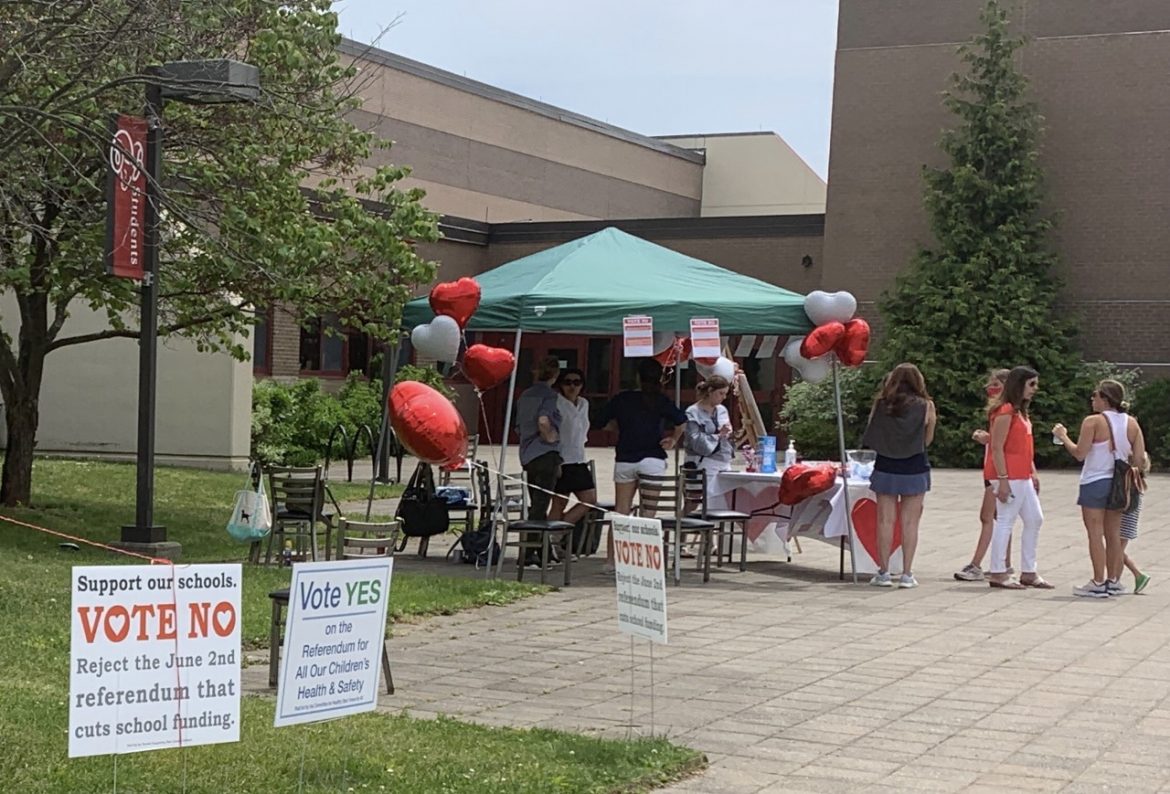 A referendum vote Wednesday that, had its petitioners succeeded, would have decreased Board of Education spending by about $460,000, failed to draw enough electors to carry, officials say.

Just 1,914 total ballots were cast in a referendum vote designed to strip the school board of funds earmarked for costs associated with changes to school start times in New Canaan, according to Town Clerk Claudia Weber.

For the effort to succeed, a total of 2,046 cast ballots—that’s 15% of the electorate in the latest registry list—needed to be marked “Yes” on following question (and needed to be a majority of those voting), according to Weber: “Shall the action taken by the Town Council at its March 31, 2021 meeting, which did not reduce the Board of Education budget by $463,337, be overruled and returned to the Board of Finance for reconsideration?”

The $460,000 figure largely reflects the amount of money needed for additional buses in order to introduce a new start times schedule that would take effect in the middle of the 2021-22 academic year. In it, all three elementary schools would start at 7:45 a.m., fifth and sixth grades at 9:30 a.m. and seventh through twelfth grades at 8:30 a.m.

Proponents have pointed to scientific data regarding the negative effects of a lack of sleep for adolescents. Opponents have said the planned changes will negatively affect elementary school kids.

Town resident Jennifer Dalipi, who helped lead a group called “NC Start Time Equity” that criticized the Board of Ed’s proposal, said during an interview after the final tally was made known, “At the end of the day, I am incredibly grateful for the opportunity to hold the referendum, for all the people in our community who got involved and came out to support the notion, the idea that we can do better than where we are today.”

“And I am still incredibly hopeful that for the sake of our community and a peaceful way forward, that we find a really good solution that serves the overwhelming majority of our students,” Dalipi said. “If anything has been shown by the turnout today, this community cares. I think in general, they all want want what they think is really good for our children. And I hope people really do know that while we don’t support the current scenario, we absolutely support our schools. And it has never been about our school system but about doing what is best for starts for all of our children, all ages.”

Town resident Barbara Rucci, who advocated for the changes to school start times as a member of “Healthy School Start Times New Canaan,” told NewCanaanite.com that she felt “relieved.”

“I feel like I’ve been doing this for five years since Grace was a freshman and now she’s a junior in college,” Rucci said. “So I’m just happy that [Superintendent of Schools] Dr. [Bryan] Luizzi and the BOE can move ahead with the implementation. I think it’s a much better schedule, and I knew we had a large group of support. I wasn’t really worried. I wasn’t worried. I knew that this would fail. Not everybody will love this, but everyone can make it work. And it’s just a better schedule for the entire ecosystem. I will say that I do believe that this was a really wasteful and convoluted way for them to voice their opinion over 15 minutes of time. And even last week, at the special workshop meeting, Dr. Luizzi and every board member said they wanted to get it [the elementary school start time] as close to 8 [a.m.] as possible. It’s unfortunate that this had to happen but I’m happy that Dr. Luizzi can move ahead with implementation..”

The Board of Ed began discussing proposed changes to school start times at public meetings in 2017. After years of studies, surveys, workshops and meetings, the superintendent in January 2020 proposed a budget that included funding for new start and end times for the following fiscal and academic year. However, a divided Town Council during its final budget vote effectively forestalled the proposal.

The legislative body during its final budget meeting this year voted 10-2 to reject a motion to reduce the Board of Ed’s operating budget by $463,337. Opponents of the changes to school start times seized on the vote to create a petition for a town-wide referendum vote, and secured 682 signatures to move it forward. In the weeks and days leading up to the votes, each side placed ads in local news while the Start Time Equity group also put out a robocall.

Monday’s balloting was the most noteworthy referendum vote here in a decade. A divisive 2011 referendum failed after electors voted to approve use of a $4 million paving bond to create new sidewalks on Main Street.

[Editor’s Note: The figures in this article have been updated to reflect 14 votes cast through a ballot box outside Town Hall. It also has been updated with clarifying information from Town Clerk Claudia Weber regarding what’s needed to carry a referendum.]

21 thoughts on “School Start Times: Referendum on Board of Ed Budget Fails [UPDATED]”