Sales executive Sean Sullivan, 58, of New Canaan CT, passed away on Saturday, November 13 at Mt. Sinai Hospital in New York City. His cause of death was post-surgery complications arising from the removal of a brain tumor. Sullivan – affectionately known as “Sully” – was a pioneer in the securities trading technology industry, and a gifted salesman, with a career spanning over three decades and throughout unprecedented innovation across the industry. 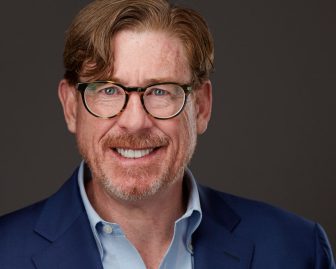 Sean was the beloved son of his predeceased parents Thomas J. Sullivan, Marianne Sullivan, and Patricia M. Sullivan. He is survived by his own son Riley, 12, his brothers Brian, Barry and Ken, sister-in-law Kay, niece Courtney and nephew Connor. Sean’s wit and charm and his willingness to help and mentor others will be sorely missed by so many family members, former friends and colleagues.

Sullivan was born and raised in Guilford, Connecticut. He was a 1981 graduate of Guilford High School, CT where he was Class President, and a 1985 graduate of the University of Connecticut with a B.S. degree in Business.  After graduating from UCONN, Sean held a variety of positions as a licensed professional in the securities & trading industry. In recent years, he held senior global sales executive positions at Eze Castle Software and Liquidity Book, where he was a pioneer in the OMS (Order Management System) financial software industry. At the time of his death, Sean was Chief Revenue Officer for Liquidity Book.  Along the way, he made countless connections and friendships and mentored dozens of junior colleagues, leaving behind a legacy that will resonate for years to come.

Sean was a long time resident of New Canaan, CT and well-known in the community as a successful businessman and a good friend to many. He was generous to a fault with his time and resources and was known to help out those in need. His son Riley was the biggest joy in his life and he would light up whenever he talked about him. Sean was deeply involved in Riley’s academic and sports activities, especially the New Canaan Youth Football Team, in which Riley is a highly valued team member. Sean and Riley were inseparable companions, often taking action-packed vacations together, both in the U.S. and abroad. Sean’s home was a “kid haven” for Riley and his buddies, always filled with many kids and activities, and fully outfitted with a large trampoline, heated pool and on-line video gaming room with several player stations.

The family will hold a memorial service for Sullivan at St. Aloysius Church, New Canaan, CT (walking distance from the train station) at 11:00am on Friday, December 3. In lieu of flowers, the family suggests contributions of any amount to Filling in the Blanks and/or the New Canaan Food Pantry, both of which are non-profit organizations providing food support to local-area, low-income families.