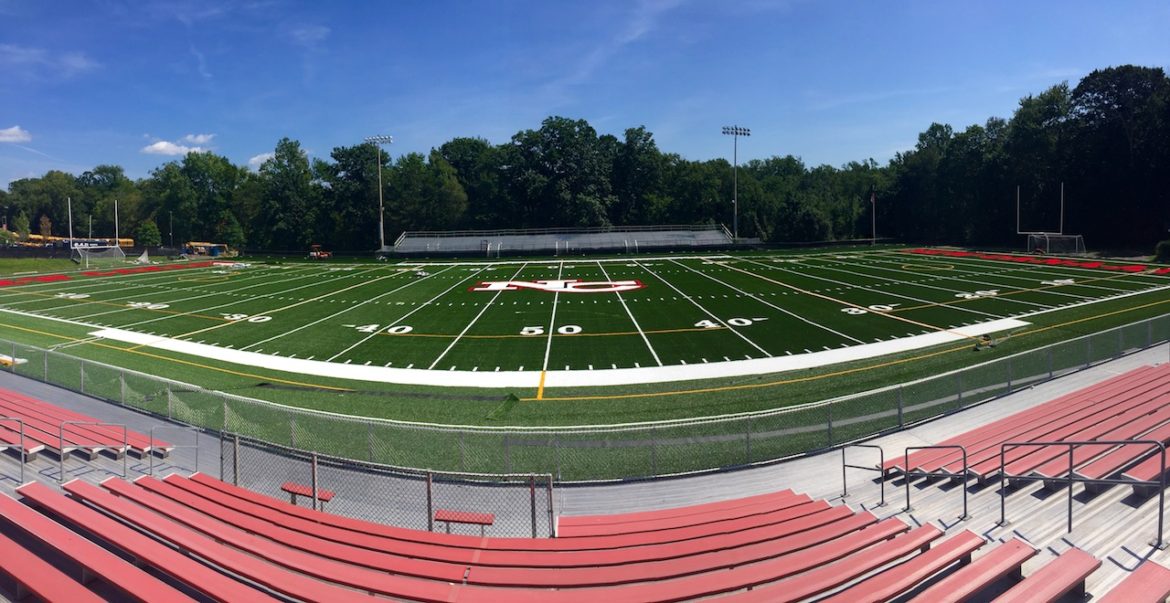 The Board of Selectmen on Tuesday approved a $567,855 contract to install new lights at Dunning Stadium.

The town will pay about $455,000 of the total project cost out of the fiscal year 2023 parks capital budget, with the nonprofit New Canaan Athletic Foundation making up the difference of about $113,000, according to Public Works Director Tiger Mann.

“We’ve gotten good play from what is there, but now it’s time for reinstallation,” Mann told the selectmen during their regular meeting. He referred to the lighting infrastructure at Dunning, much of which dates back 25 years to the creation of the stadium at New Canaan High School.

First Selectman Kevin Moynihan and Selectmen Kathleen Corbet and Nick Williams voted 3-0 in favor of the contract with Canaan-based Musco Sports Lighting, LLC. Town Council approval is needed in order to bond for the project, Mann said. The work itself is planned for August, he said.

The project is a joint effort of Parks & Rec, Public Works, NCHS and the Athletic Foundation, Mann said. The contract currently is being reviewed by the town attorney’s firm, he said.

Over the years, some of the bulbs at Dunning have been changed out but some of the other pieces for the lighting—such as the stanchions and bases—don’t meet updated Building Code requirements, Mann said.

They “do not meet the new current wind load codes so we could not put new heads on the existing poles, we’d have to take them all the way down and remove them,” he said.

Corbet asked how the town knows Musco is giving a good price. Parks & Rec Director John Howe said he has talked to peer towns that are doing similar projects.

Williams asked Howe what he sees as the next big public-private partnership venture at the athletic fields. Howe said one project on the radar is redoing the snack bar entranceway at Dunning. Mann added that the entire upper area at Dunning could be redone so that it has dual entrances, and those watching games on the Water Tower turf fields could cross the parking lot at NCHS and use the Dunning snack bar as well as restrooms.