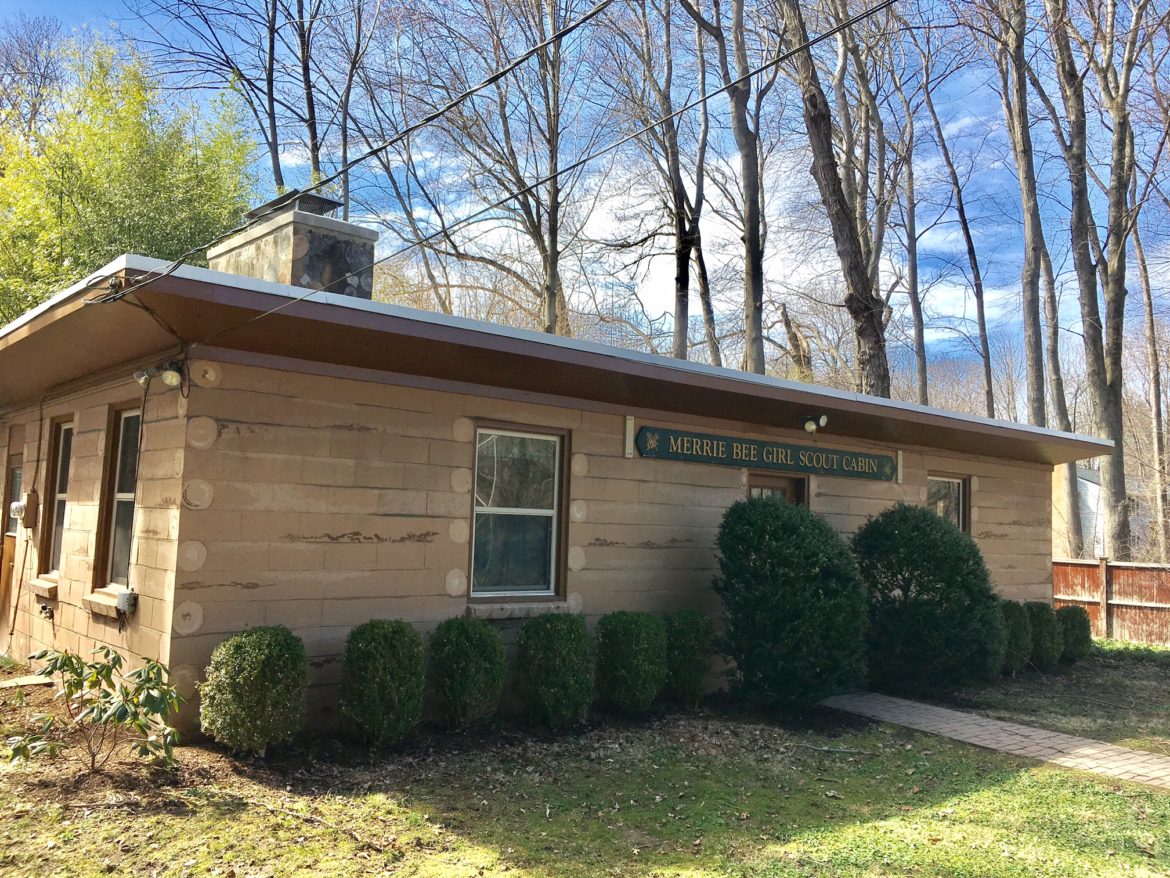 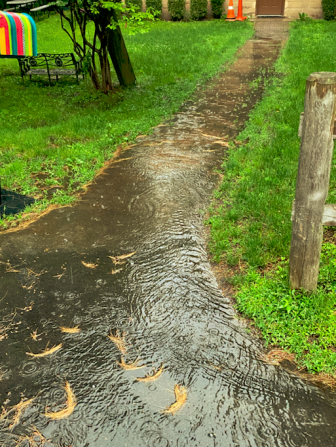 Water flowing out of the Kiwanis parking lot toward Merrie Bee Cabin during a June 8, 2021 thunderstorm. Credit: Jordan Cerbone

Water has been flowing out of the Kiwanis parking lot, down its access way toward Old Norwalk Road and “flooding out” the walkway and area in front of the Girl Scouts’ Merrie Bee Cabin, according to Public Director Tiger Mann.

The water has been “and causing an ice condition during the winter, and then it’s continuing on down the access way and into the river, but it’s actually washing the entire area in front of the Merrie Bee away, so they’ve lost a considerable amount of material in front of their facility itself,” Mann told members of the Board of Selectmen’s regular meeting at Town Hall.

To address the problem Hussey Bros Excavating will do an estimated $12,725 in drainage work at Kiwanis, Mann said. First Selectman Kevin Moynihan and Selectmen Kathleen Corbet and Nick Williams voted 3-0 to approve the contract.

Maria Coplit, town engineer in the Department of Public Works, designed a plan “for five separate catch basins and a drainage line to run through,” Mann said.

“We met with the people from the Merrie Bee Cabin, and Girl Scouts, and told them what we were planning to do and we would like to go forward with this work and get this done before the winter because if not the first slushy rain will ice up the walkway again and we will have a considerable problem with slip, trip and fall there,” he said.

Corbet called it “a good project.” She asked whether it had been put out to bid.

“Hussey Brothers has done a whole lot of work in that area and we think that they are the best suited for this,” he said. “We want someone that’s going to come in and then dress up the areas and walk back out again, and make it as nice as possible for the cabin and the Girl Scouts themselves.”

He added that Hussey Bros. has room in its schedule right now for the project.

“Most of the contractors now are extremely busy with work,” he said. “It’s very difficult to get scheduling.”