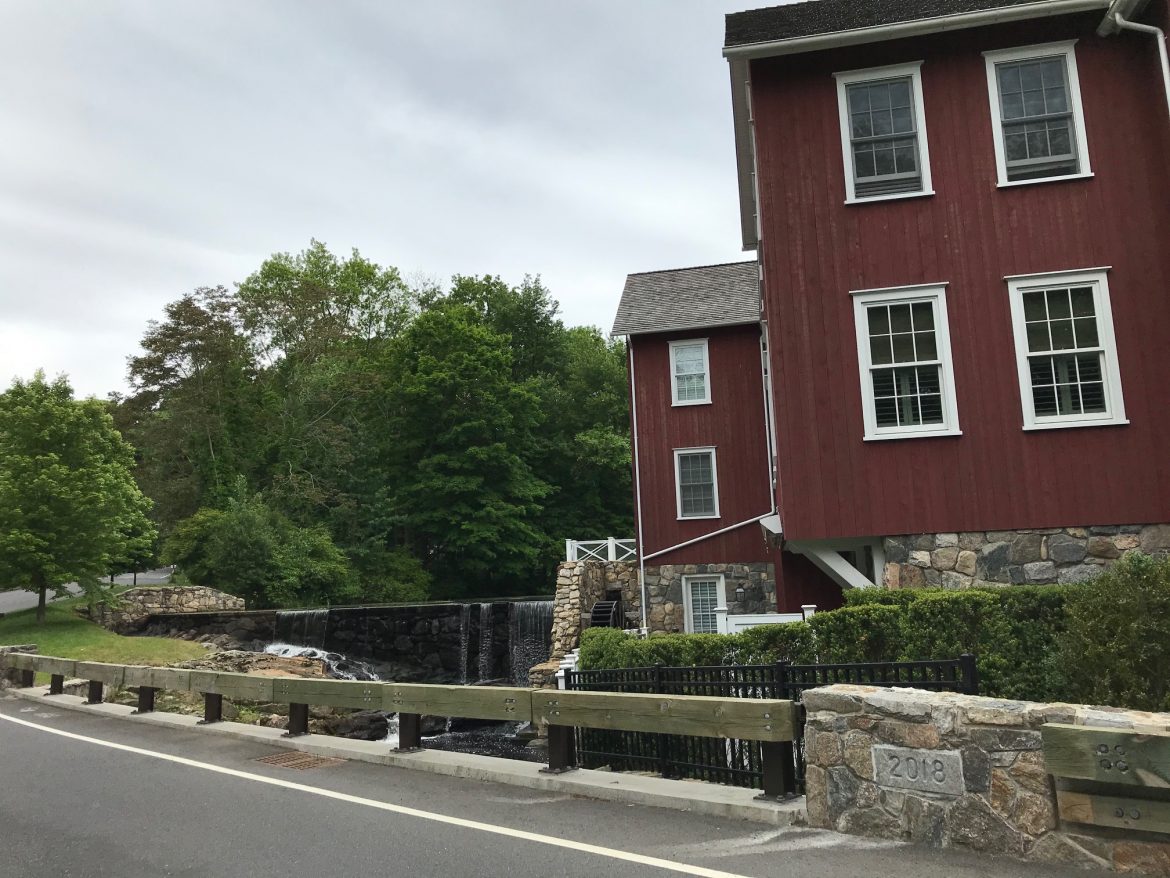 The town is replacing the new fence at Jelliff Mill Bridge. Officials say the condo association there doesn't like it. Credit: Michael Dinan

Saying neighbors don’t like the fence installed at the redone Jelliff Mill Bridge, town officials this week approved a $7,450 contract with a New Canaan-based design-build firm to replace it.

When the bridge project was finished, the structure got a state standard railing on either side “and the condo association really did not like that,” Joe Zagarenski, senior engineer in the Department of Public Works, told members of the Board of Selectmen at their June 2 meeting, held via videoconference.

“Nor did I or anyone in Public Works, so we wanted to match the condo association, their white vinyl picket fence, and bring it over to the bridge, so it would look seamless,” he said.

The state paid for 80% of the bridge replacement project, which officials have said cost $3.2 million. It was completed two years ago (and last year got a sign that misspelled ‘Noroton River’ as ‘Norton’).

Asked by Moynihan whether the replacement fence project is optional or of it’s being done for the neighbors, Zagarenski said, “We are doing this for the town. The neighbors will benefit from it as well.”

The proposed new fencing “transitions from the nice white New England cross fence to a flat full fence,” he added. “And this is something that we do have money in the budget and it’s part of—the Jelliff Mill Condo Association met with us several times throughout the project with various requests and this is the only request that we agreed to with them. And they also put about $30,000 worth of landscaping over in that right-of-way, so this was our part of that deal.”

According to the Gardiner & Larson Homes website, members of the “design-build team” include Bill Gardiner Jr. and Bryan Gardiner of construction firm Gardiner Group LLC and Judy Larson of Judith Larson Associates.

The town residents have a long association with the Jelliff Mill condos, as the project’s original developers.

Planning & Zoning initially denied the plans for development at Jelliff Mill, which the then-owners fought while some neighbors filed a lawsuit arguing that the town’s denial should’ve been made on different grounds. Soon, an affordable housing development plan for the site emerged. According to preservationists who pushed back on parts of the project, an agreement was reached whereby the developers paid the town $200,000 toward affordable housing and proceeded with construction.

Regarding the fence replacement, Zagarenski said, “This is something that has been going on for a while.”

“It’s part of their DOT standard specifications,” he said. “We were required—the actual fence that we want to put up is not something that is subject to being reimbursable. So we had to put it up at the time to keep everyone safe, and now we want to replace it. Now that we are at the end of the contract.”