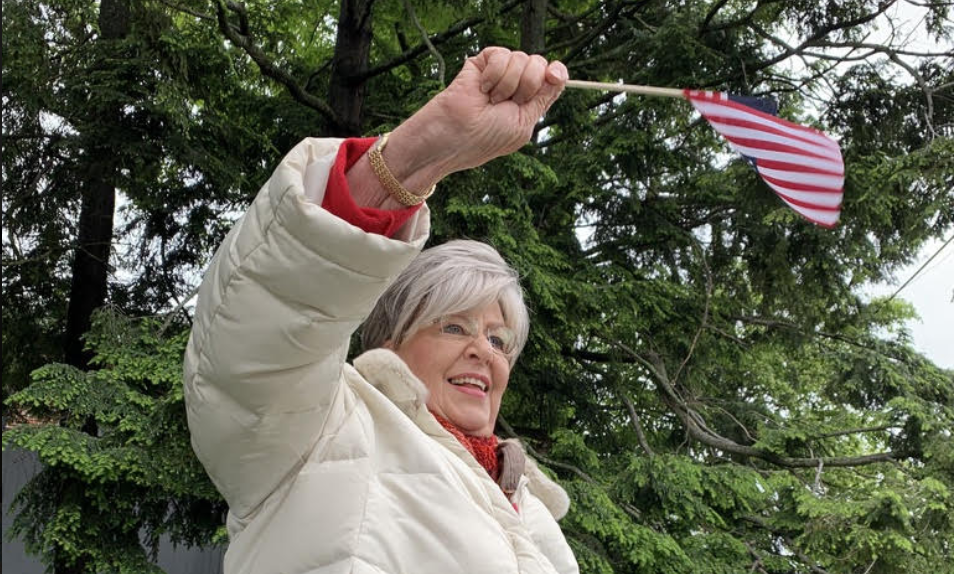 A longtime New Canaan resident who has been deeply involved in community organizations through her 46 years here is moving out-of-state this summer.

Jeanne Rozel, a professional Realtor known to many for her involvement with the Merrie Bee Cabin and Democratic Town Committee, as well as years of service on the Board of Assessment Appeals and Zoning Board of Appeals, is moving back to her native Indiana at month’s end to be near her siblings. 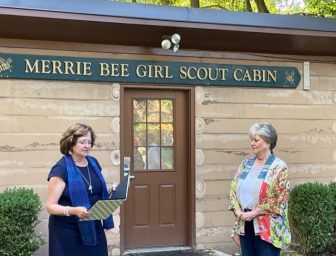 A lifetime member of the Girl Scouts who volunteered as troop leader when her own daughter came up through the organization, Rozel starting in 1986 led an effort to restore the Merrie Bee Cabin in Kiwanis Park. Equipped with , the structure has been a large part of the Girl Scouts experience in New Canaan for decades.

“Jeanne was the main figure” in “saving the Merrie Bee and making it a safe and welcoming place for New Canaan girl scouts to gather,” according to Marigrace Dubas, current chair of the Merrie Bee Committee.

“It continues to this day—that’s why we call her the ‘queen bee,’ ” Dubas said. “To us, she’s the queen bee. She has worked tirelessly for almost 40 years to keep the cabin a vital and basically a treasure for New Canaan Girl Scouts. Without Jeanne I don’t think that would have happened.”

Dubas added, “She keeps that cabin as if it was her own home. She’s out there setting mouse traps and killing ants and she just does everything. She keeps the rest of us on our toes basically because she has this high standard, she has a very high standard of what this cabin should be and she really does keep us moving. We’re going to miss her terribly.”

“So I did that,” she said. “I at one point ran for Town Council and it was kind of scary. I told myself, ‘Try something new haha.’ Anyway what happened was i didn’t win but i met the most incredible people. I met them and I just enjoyed them so much so it was a win-win for me.”

Sven Englund, a Democrat on the Town Council, said he came to know Rozel eight years ago when they ran for a seat on the legislative body along with Kathleen Corbet, now a selectman.

“Jeannie didn’t make the threshold so our inside joke was that I was the one who defeated her,” England said.

“Jeannie is kind above all, but level-headed, tough when needed and darned smart. We are lucky in the Democratic Party to have so many prominent women with these qualities. Jeannie is the kind of person every organization needs. She ran or co-chaired numerous successful events, campaigned tirelessly and kept our spirits flying. No matter what your political affiliation—or none—Jeannie Rozel made New Canaan a better place for all of us.  We will truly miss her and wish her all the best with her family in her new home in Terre Haute.”

Asked about her experience in New Canaan, Rozel, a widowed mother of two, said that when the family moved here in 1975 “my children were nursery school and first grade and my husband was commuting in New York City.”

The kids attended Center School and Rozel served for a time as president of its PTA. She also was instrumental, as a member of the New Canaan Board of Realtors, in ensuring that the school’s bell was preserved on the corner of South and Maple at the time the beloved school was demolished in 1983.

“We loved Center School, that was a great school,” Rozel said.

Being near her family, including grandchildren and an ailing brother, is a major priority for Rozel in returning to Indiana, she said.

“I said to myself, I had to have three things. One, I had to be able to live on one floor. Two, I needed to have a really nice place for my brother to live with me. And three, i want to have a grandma magnet. And I’m going to be living at a lake and putting in a dock and a couple little boats for my grandchildren, and my nieces and nephews. But I want my grandchildren to come. And I’m walking down the street and Art in the Windows has a lake and a boat with a boy and a girl in the boat, so I said, I’ve got to have that.”

5 thoughts on “‘She Is the Queen Bee’: Longtime Resident Jeanne Rozel To Leave New Canaan at Month’s End”