Board of Education member Julie Mackle Reeves has resigned from the elected position, according to a letter filed Tuesday with Town Clerk Claudia Weber. She is stepping down “[d]ue to an impending move out of state,” Mackle Reeves said in the letter. The Republican’s term is set to expire in November 2023. “It has been an honor to serve the town of New Canaan and a privilege to represent the children, parents, teachers and staff of New Canaan Public Schools on the Board of Education. [Superintendent of Schools] Dr. [Bryan] Luizzi and his team are, quite simply, the best there is, and I am fortunate to have served under their leadership.” 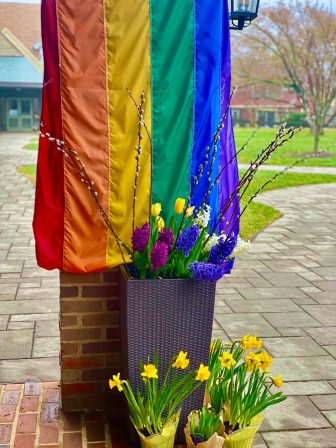 Officials at First Presbyterian Church say they’ve already learned of multiple Pride lawn signs stolen from their Oenoke Ridge property. Hundreds of locals are marking Lesbian, Gay, Bisexual, Transgender and Queer or LGBTQ Pride Month here in New Canaan. This week, the church’s own Pride flag, which hangs outside year-round, also was stolen, officials say. Church officials say they’re purchasing a new one and are putting out a message to the thieves of “Love thy Neighbor.” “We hope that this anti-LBTQA+ sentiment dies down as there is no place for it in a progressive town like New Canaan,” church representatives said in a statement.

During a June 10 Police Department Building Committee discussion about installing gates at a future police station to control motor vehicle traffic there, Chief Leon Krolikowski said, “We have had, on occasion, oddly enough, drunk drivers drive to the back of our headquarters and one time hit a telephone pole in our back lot.” 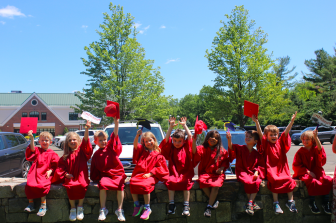 The children of the New Canaan Y’s Rainbow Station Class of 2021 cheered on their New Canaan High School counterparts during Wednesday’s parade following the high schoolers’ own graduation ceremony at Dunning Field. Rainbow Station is a full-day childcare program for children six weeks through five years of age.

Lawyers representing Allstate Insurance Company are seeking to recover more than $23,000 in damages connected to an incident on Ponus Ridge earlier this year. According to a police report that forms part of a file that attorney Melissa Pagel Ryczek of Hartford-based Law Offices of Mark Gilcreast filed Tuesday with the Town Clerk’s office, at about 2:49 p.m. on the afternoon of March 2, the limb of a roadside tree in the area of Ponus Ridge south of Bartling Drive crashed on top of a 2020 Toyota Sienna that a New Canaan woman was driving, causing extensive damages to the minivan. About $21,000 of the total claim is related to repairs. The town posted the tree for removal the day after the limb fell. According to correspondence obtained by NewCanaanite.com, the local woman involved, a mother of three, communicated for weeks with municipal officials, including staff in the first selectman’s office, in an effort to resolve the matter. The town’s insurer on May 20 issued her a formal denial letter, which said in part: “Based on the investigation to date, this incident was as a result of an unforeseen occurrence with a tree that blew down due to high winds. The town had no notice there was any issue with the involved tree. Tree inspection remains discretionary and this is covered by governmental immunity.” The town has two weeks to resolve the matter, according to Ryczek’s letter.

The Board of Selectmen on Tuesday voted 3-0 to approve the hiring of Jenny La Fond as a tax clerk in the Tax Collector’s office.

Black Creek Designs at 26 Grove St. is hosting an Open Studio from 10 a.m. to 2 p.m. Saturday. The shop, owned by furniture designer and maker Tom Throop, a 1982 New Canaan High School graduate, is located at 26 Grove St., just a short walking distance from where the Farmers Market will set up in the Lumberyard Lot. 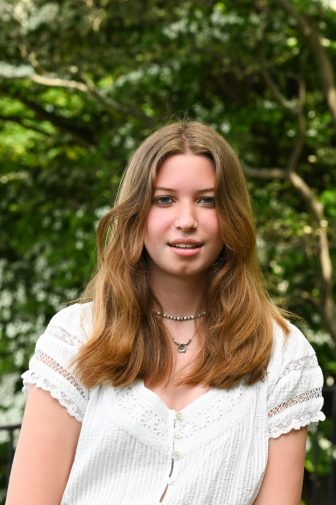 Congratulations to New Canaan’s Christina Carr, who graduated last week from Ridgefield Academy as a “Lifer,” meaning she attended the pre-school-through-eighth-grade school for 10 years or more.

Town residents can now apply for 2021-2022 Transfer Station permits through the town website. New permits must be in place July 1.

This week’s selectmen meeting was held in-person and though some presenters attended via videoconference, the public was unable to participate via Zoom because login information wasn’t published on the municipal website at the time of the meeting.

Asked what the town paid in legal fees to Stamford-based Ryan Ryan DeLuca LLP in connection with a recently settled lawsuit brought last year by a New Canaan firefighter, municipal officials said the town doesn’t pay the law firm. Fees are covered by the town’s insurance policy with the Connecticut Interlocal Risk Management Agency or “CIRMA.” The town did pay CIRMA a $10,000 deductible, officials said.

Congratulations to New Canaan’s Michael St. George on graduating June 13 as one of 13 salutatorians from Dartmouth College. St. George studied economics at Dartmouth and spent a term abroad, studying politics, philosophy, and economics and playing rugby and soccer at Keble College at Oxford. He plans to return to the United Kingdom to pursue a master’s degree at the University of Warwick.

The selectmen on Tuesday approved the appointment of Victor Alvarez as a regular member on the Board of Finance to fill the rest of George Blauvelt’s unexpired term, and Colm Dobbyn’s appointment as an alternate. 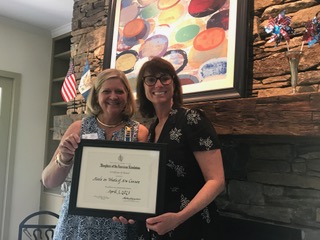 Finally, the Hannah Benedict Carter Chapter of the Daughters of the American Revolution recently presented its Community Service Award to Meals on Wheels of New Canaan. Meals on Wheels provides nourishing meals each weekday throughout the year to eligible citizens whose physical, emotional, mental, medical or social condition makes it difficult for them to provide these meals for themselves.