The state will close Route 123 in both directions near the Field Club for three weeks for a bridge replacement project slated for October, officials say. 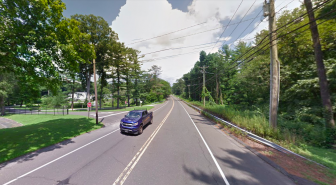 The culvert replacement will start Oct. 12 and the state road closure is expected to last no longer than 21 days, according to Kevin Nursick, a communications official in the Connecticut Department of Transportation.

Most of the work activity will happen between 7 a.m. and 7 p.m. Monday through Saturday, he said.

“We are using a good deal of prefabricated components in order to minimize the length of the project and the necessary closure and detour,” he said. ” We are still awaiting some prefabbed items and once we verify all components are to our specifications, we will be able to commit to the start of the road closure.”

Nearby residents and town officials have been contacted by the state, Nursick said.

The project is scheduled to be completed around the end of November and the cost is $968,271, he said.

The box culvert to be replaced spans the Rose Brook just north of the intersection of Smith Ridge Road and Glen Drive, in the area of 183 Smith Ridge.

The project originally had been scheduled for this summer but was delayed due to the COVID-19 public health emergency, among other reasons, officials said.

Motorists will be detoured with signs at multiple locations along Route 123, according to plans, including at Canoe Hill Road north of the project, and Parade Hill Road and Brushy Ridge Road south of it.

[This article has been updated with information from the state transportation department.]