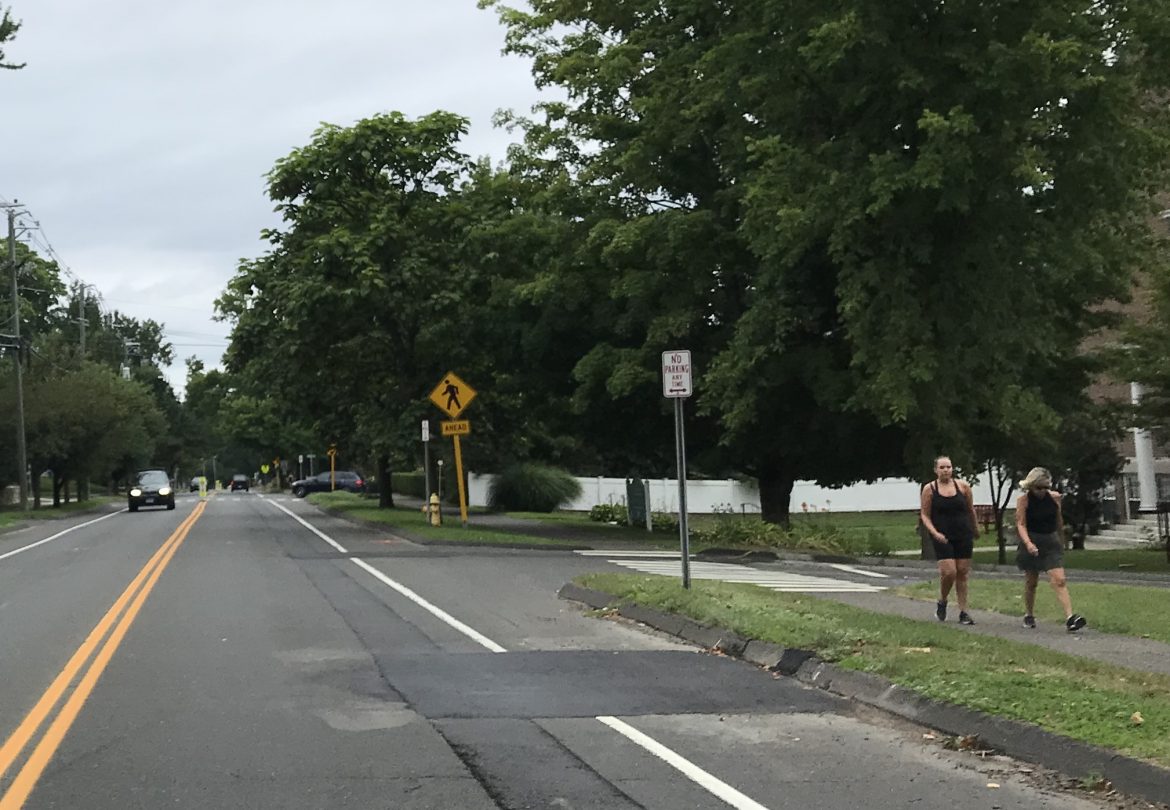 The state next week will begin the nighttime road patching of Route 106 from Farm Road to East Avenue, officials say.

The work will start at about 8 or 9 p.m. and continue overnight to about 5 a.m., according to Public Works Director Tiger Mann.

Originally scheduled to begin Aug. 3, it was postponed due to expected poor weather and will start Aug. 9 and continue for two weeks, officials said.

State officials prefer to do the work at night because “production is better” and there’s less traffic and fewer concerns, Mann told members of the Board of Selectmen at their most recent meeting.

“It’s a tradeoff between a little loss of sleep and then large construction during the day trying to pave South Avenue, a main thoroughfare through town,” Mann said during the July 21 meeting, held via videoconference. “It’s a tradeoff but the state prefers do this portion at night.”

First Selectman Kevin Moynihan voiced concerns about the work getting done overnight in residential neighborhoods, with the trucks’ “backup beeping” and other noise.

Selectman Kit Devereaux said, “I think you will get fewer calls from all the residents who are upset about having their routes disrupted.”

The discussion arose as the Board voted 3-0 to approve $100,000 for Bridgeport-based New England Paving & Construction to do local road repairs—for example, Mann said, repairs of utility cuts, driveways and patches. Funds for the work are in the approved fiscal year 2021 budget, he said. The town has worked with the contractor since 2008, he said.

Together with Moynihan and Devereaux, Selectman Nick Williams voted in favor of the appropriation.

[Editor’s Note: This article has been updated with the new start date since the Board of Selectmen meeting where the contract was approved.]