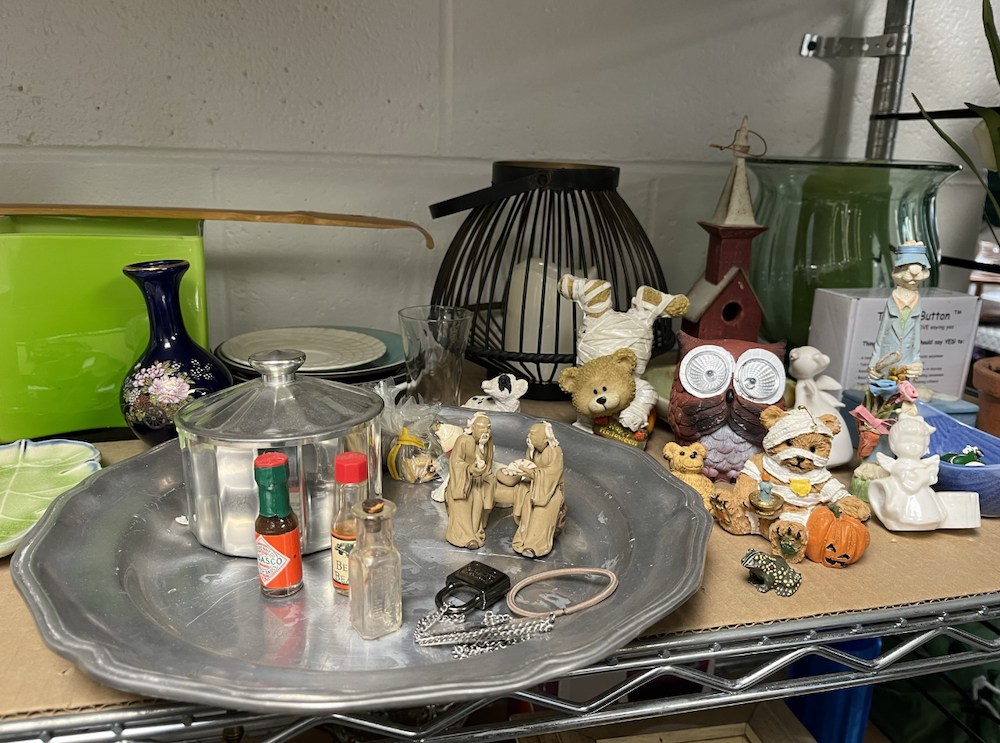 The organizers of the New Canaan Swap Shop say a name like ‘Take It or Leave It’ may have fit the facility better, since the Transfer Station passholders who can use it are free to either drop off items as donations, pick up free stuff or both. 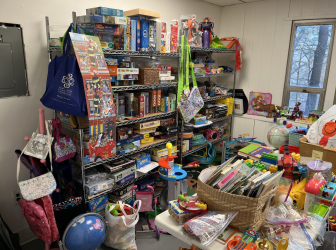 But the “Swap Shop” name has stuck and, since an official opening last week that followed a soft launch around Thanksgiving, “stuff has been moving,” according to Robin Bates Mason, president of Planet New Canaan.

“Sometimes when stuff comes in, it goes out right away,” Bates Mason said on Wednesday morning as she and fellow volunteers arranged items for the Swap Shop’s operating hours of 9 a.m. to 1 p.m. Thursday through Saturday. “We had someone bring in a big bag of PlayStation games. One guy brought in a year-old flatscreen TV and literally 20 minutes later it was out the door. We’ve had people here when it opens, waiting because they saw something on our Instagram page, waiting for it, like a soft-serve ice cream maker that went quickly. We’ve had a bunch of college kids here who have apartments, they’re getting glassware. One kid with his mom, they got chairs, tables.” 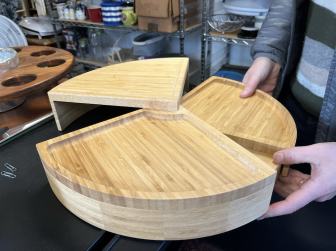 An idea several years in the making, the Swap Shop (click here to volunteer) takes items from small appliances and bikes to CDs, tools and toys (see a full list of acceptable items here). Items not accepted include clothing, rugs, shoes, stuffed animals and books that are 10-plus years old (see list).

Open to Transfer Station passholders only ($45 for those with private pickup, otherwise $75), it occupies several small rooms in the former incinerator building at the dump, accessible from Lakeview Avenue (hug right as you enter and you’ll run into it). Mason, Planet New Canaan Vice President Margot Bright and other volunteers sort out and arrange the items through the facility. The building has been improved with a new front door and a large sign out front since the soft launch. 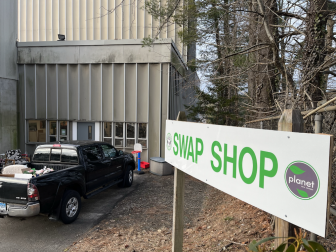 “You can come and just take, you can come and just leave [items],” Bates Mason said. “You don’t need to swap. It’s just a way to keep things out of the municipal waste stream and find homes for things that people would throw out. We do advocate to donate first if you can.”

Bright said that for the limited time the Swap Shop has been open, “we’ve been pleasantly surprised at the turnover of the goods that have been brought in.”

“Now that we’ve done an official opening we expect Thursday, Friday and Saturday from 9 to 1 to be filled with quite a bit of traffic,” she said. 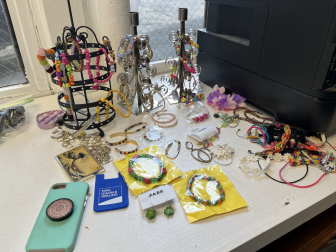 Bright added, “And now that we are officially open and we have our maps and signage and everything else, we expect the turnover of the goods to be even faster. We would love to get to the point where Darien is where things turn over every day. We think at this point we are going to be turning over our goods once a week, and over time, when the word gets out, it should be getting better and better. We have teachers that are coming in and filling their whole classrooms with goods. We have different organizations that are coming in to get things, but we also need to get the word out to apartment complexes and multi-dwelling units here in New Canaan who would like to get in here.” 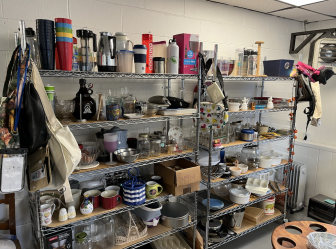 Those availing themselves of the Swap Shop include needy locals seeking household items such as microwaves, tableware and furniture, they said.

Chris Schipper, chair of the New Canaan Conservation Commission, said the Swap Shop is “a great program” that “fits in with the whole Sustainable Connecticut efforts that are being done in New Canaan.”

“I think Planet New Canaan has done a great job getting this done,” he said. “I’d also say the Department of Public Works has been a great help in providing space. And I think it’s a good use of a transfer station to be able to have a swap shop, to bring things in and to bring things out and make more of these wonderful goods available in general.”