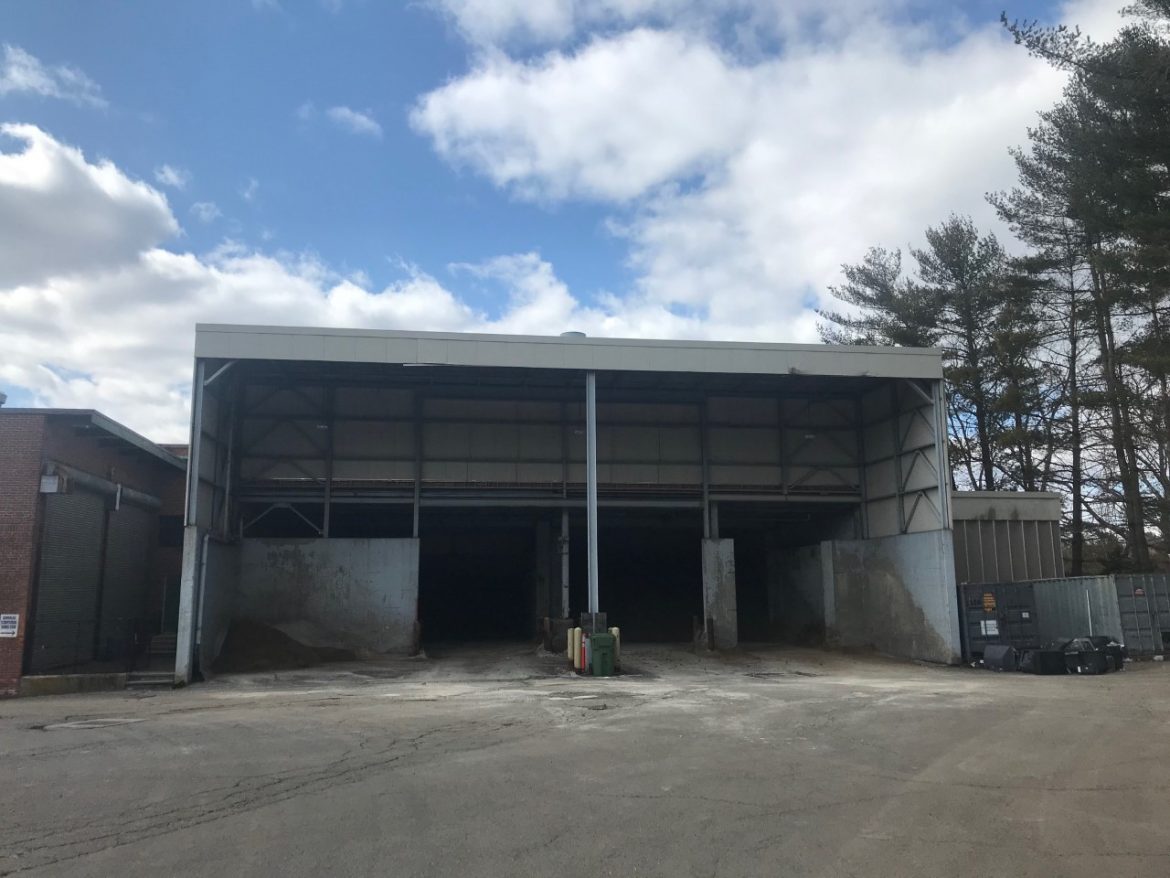 A longstanding plan, delayed due to the COVID-19 pandemic, to install a “swap shop” at the Transfer Station, could be completed as early as next year, town officials and local volunteers say. 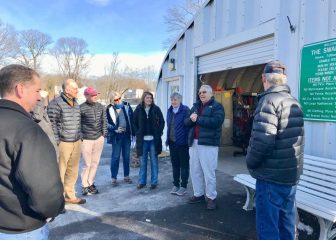 New Canaan’s Chris Schipper, Steve Karl, Liz Donovan and Robin Bates-Mason are among those attending a presentation by Dan Dolcetti of the Darien Swap Shop in early-2020, prior to the onset of COVID-19 virus. Sven Englund is not pictured though he was on the trip. Darien Recycling FB page photo

Modeled on Darien’s successful swap shop, the volunteer-staffed facility would include both covered and outdoor areas where permit-holders for the Transfer Station could leave or pick up select items for free, according to Planet New Canaan President Robin Bates-Mason.

“It’s supposed to keep things out of the municipal waste stream, the garbage, and also to encourage residents to purchase a Transfer Station pass,” Bates-Mason told NewCanaanite.com. 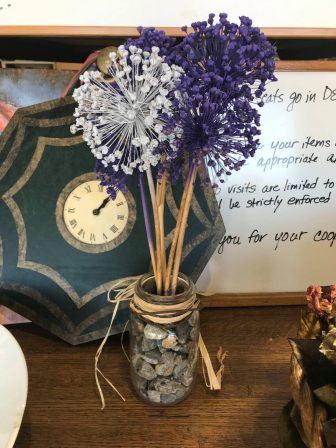 The items likely would include everything from books, toys, stuffed animals, electronics, prints, sports equipment, vases and dishes to bicycles, chairs and other small furniture, she said.

New Canaan Public Works Director Tiger Mann said there are offices alongside the former incinerator building at the Transfer Station that could work as a starting point for the indoor portion of a future swap shop. The area immediately to the right for visitors to the dump would be a location for it, he said. There are some moving parts to the Transfer Station layout generally—with a new scale house, plans for a salt dome and open questions regarding an animal shelter—and Mann said siting a swap shop is part of those plans. 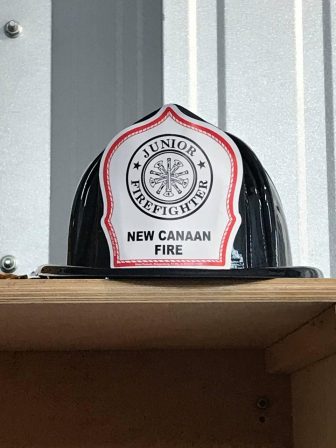 “The great thing about volunteering is your’e the first person there when items come in,” she said. “It’s also a lot of fun.”

The organization is seeking community support for the swap shop, and donations are expected to be redoubled since Planet New Canaan is hoping to secure a matching fund from Sustainable CT, Bates-Mason said. Town officials and volunteers got a guided walkthrough of the Darien swap shop pre-pandemic last year, she said. 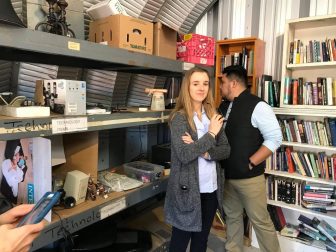 Dan Dolcetti, a founder and volunteer of Darien’s swap shop, said the facility gets “a hodgepodge of everything that is going on and it saves us a lot of money” because it reduces dumping fees. It’s also “a tremendous act of recycling,” he said.

“We are serving multiple purposes—we are saving money on dump fees, we are recycling and also we are doing a lot for the poor,” Dolcetti said.

Those interested in learning more about volunteering for the future New Canaan swap shop should email planetnewcanaan@gmail.com.